Bomb Cyclones and Atmospheric Rivers: Is Someone Messing with the Weather?

In recent months the world is hearing unusual terms to describe extreme weather events. Now terms like Bomb Cyclone or Atmospheric Rivers are used in the daily TV weather reports to describe dumping of record volumes of rain or snow in regions of the world in an extremely destructive way. The Green Mafia claims, without a shred of factual proof, that it is all because of man’s too-large “carbon footprint.” They use it as an excuse to double down on phasing out oil, gas, coal as well as nuclear energy in favor of unworkable, taxpayer-subsidized “green energy”– unreliable wind or solar. Could it be that these freak weather calamities are indeed “manmade,” but not from CO2 emissions?

Since late December, especially the United States has undergone severe weather events from the Bomb Cyclone storm that buried much of the East Coast in record snow from Buffalo down as far as Florida. At the same time the US West Coast from Washington State down the coast of California has undergone extreme flooding from wave after wave of so-called Oceanic Rivers carrying huge volumes of water from the Pacific causing severe flooding. Without presenting any scientific proof, green ideologues have claimed it is all due to manmade global warming– now called “climate change” to confuse the original issue– and argue for accelerated transition to a dystopian carbon free world.

A serious case can be made that it could well be manmade. But not because of too much CO2 or other manmade greenhouse gas emissions. It could be due to deliberate and malicious manipulation of our major weather patterns.

Weather manipulation technology is one of the areas that is highly secret and has been kept from open debate since the end of World War II. It is often called geoengineering or more recently the less ominous-sounding “climate intervention.” Whatever name, it involves man messing with the complexities of Earth weather, with potentially catastrophic results. What do we know about the possibilities?

Following the 2015 Paris Climate Conference and subsequent Paris Agreement, Peter Wadhams, professor of ocean physics at the University of Cambridge, along with other leading global warming scientists, began an open call for geoengineering to “solve” the alleged climate crisis and prevent global warming above 1.5 ‘ C above pre-industrial levels, an utterly arbitrary target. What the post-Paris scientists claim is that, “Our backs are against the wall and we must now start the process of preparing for geo-engineering. We must do this in the knowledge that its chances of success are small and the risks of implementation are great.“ What they do not say is that geo-engineering weather manipulation has been developed in secrecy by the military and intelligence agencies of the USA for decades.

In June 1996 the US Air Force published a report with the provocative title, “Weather as a Force Multiplier: Owning the Weather in 2025.” The report outlined the possibilities of manmade geoengineering to, among other things, enhance precipitation or storms, deny precipitation (induce droughts), eliminate cloud cover of an enemy, and other events. It was produced, “to examine the concepts, capabilities, and technologies the United States will require to remain the dominant air and space force in the future.” The report noted at the onset, “weather-modification can be divided into two major categories: suppression and intensification of weather patterns. In extreme cases, it might involve

the creation of completely new weather patterns, attenuation or control of severe storms, or even alteration of global climate on a far-reaching and/or long-lasting scale.” (emphasis added).

The Air Force document, which curiously enough was deleted from its website only in 2021, also states, “…the tremendous military capabilities that could result from this field are ignored at our own peril… appropriate application of weather-modification can provide battlespace dominance to a degree never before imagined… The technology is there, waiting for us to pull it all together.” By 2025 it claimed, “we can Own the Weather.” The report notes that way back in the Eisenhower era, “In 1957, the President’s Advisory Committee on Weather Control explicitly recognized the military potential of weather modification, warning in their report that it could become a more important weapon than the atom bomb.” That was almost seven decades ago.

Going back to the Vietnam War in the late 1960s, Secretary of State Henry Kissinger and the CIA authorized a top secret geoengineering, code-named Operation PopEye, from Thailand over Cambodia, Laos, and Vietnam. Using military WC-130 planes and RF-4 jets, the US forces sprayed silver iodide and lead iodide into seasonal monsoon storm clouds to turn the North Vietnamese supply roads into impassable mud sinks. The mission was to create enough year-round rain to keep the Ho Chi Minh trails blocked. The secret geoengineering operation was made public by award-winning journalist Seymour Hersh in 1972, resulting in Congressional hearings, but little more. A few years later in 1976 a toothless law was passed “requiring” any actors to report annually to the government NOAA any weather modification undertaken. Tell that to the CIA or Pentagon.

Since the 1970s the work on manmade geoengineering has gotten more sophisticated and also much more secret. The traditional method of “rainmaking”, cloud seeding by planes dispersing, typically, particles of silver iodide onto clouds containing water droplets to induce rainfall has been used since the 1940s. However, since the 1990s, around the time the US Air Force published Weather as a Force Multiplier: Owning the Weather in 2025, significant new methods were developed with far greater reach and effect, and well before 2025.

Notably, that US Air Force 1996 report stated, “…modification of the ionosphere is an area rich with potential applications and there are also likely spin-off applications that have yet to be envisioned.”

Much international attention and concern has been given to a US Air Force and Office of Naval Research ionospheric research project, HAARP– High Frequency Active Auroral Research Program– in Gakona, Alaska. In January 1999, the European Union called the project a “global concern” and passed a resolution calling for more information on its health and environmental risks. Washington ignored the call. Most of HAARP research data has been classified for reasons of “national security,” leading to wide speculation of sinister activity.

In 1985 while working for ARCO Oil Company on a grant from the Pentagon’s DARPA, a brilliant physicist, Dr. Bernard J. Eastlund, filed a patent (US #4,686,605), for a “Method and Apparatus for Altering A Region In the Earth’s Atmosphere, Ionosphere, And Or Magnetosphere.” The patent description claimed that a specific beaming of powerful radio waves into the ionosphere could cause heating and “elevate” the Earth’s ionosphere. It could be used to control weather, altering jet streams, changing tornadoes or creating or denying rainfall. ARCO was approached by the US military and sold them the patent rights from their then-employee Eastlund. The US military then reportedly turned the patent rights over to top military contractor, Raytheon. Raytheon is reportedly also involved in construction of every major ionosphere heating radar arrays globally. Coincidence? A HAARP spokesman denied it used the patent of Eastlund in HAARP. They did not mention any of the other sites, however.

HAARP is a highly powerful phased array of radar antennas aimed at the ionosphere. It is sometimes referred to as an ionic heater. The ionosphere is a high-altitude layer of the atmosphere with particles which are highly charged with energy. If radiation is projected into the ionosphere, huge amounts of energy can be generated and used to annihilate a given region. Initially its own website, now deleted, stated HAARP was “a scientific endeavor aimed at studying the properties and behavior of the ionosphere… for both civilian and defense purposes.”

HAARP at Gakona was officially shuttered by the US military in 2013. In 2015 officially they transferred operation of HAARP to their civilian partner, The University of Alaska at Fairbanks. The closure provided the excuse to stop the live broadcasting of HAARP’s signals on a public website, which had given strong evidence of links between HAARP activities and major weather catastrophes such as Hurricane Katrina or the 2008 China Chengdu earthquake. Operation of the facility was transferred to the University of Alaska in 2015.

Some researchers have speculated that the Gakona HAARP is a sly diversion, an innocent site open to academic scrutiny, while serious military ionospheric manipulation takes place at other top secret sites.

By 2015 the US military and government agencies such as NOAA had moved well beyond the capacities of HAARP. They oversaw construction of far more powerful phased array ionospheric radar heat arrays around the world. This included a more powerful HIPAS – a 70 megawatt facility east of Fairbanks. It also included Arecibo Observatory, formerly known as the Arecibo Ionosphere Observatory – 2 megawatt facility in Puerto Rico; Mu Radar – 1 megawatt facility in Japan. And the mother of all atmospheric heating radar arrays, EISCAT – a 1 gigawatt facility in Tromsø, Northern Norway. HAARP is only a mere 3.6 megawatt facility. Many other phased array ionospheric heater sites are either classified secret or give little information. It is believed one such is at Vandenberg Air Force base in Southern California. Another in Millstone Hill, Massachusetts, another in Taiwan and in the Marshall Islands. Because the Pentagon and other relevant US Government agencies choose to say little or nothing about their inter-connectedness and use in climate alteration, we are left to speculate.

The military contractor Raytheon, who got the Eastlund patents from ARCO, reportedly is involved in many such sites globally.

Because the US Government work on geoengineering has been classified and kept from an open public discussion, it is not possible to prove in a court of law that events like the East Coast Bomb Tornadoes or the September 2022 Florida Hurricane Ian, one of the most powerful storms ever to hit the US, or the January 2023 record floods from repeated waves of Atmospheric River storms lashing California after extraordinary drought, are simply natural freaks. There is no scientific evidence it is due to a surplus of CO2 in the atmosphere. But as the above suggests, there is a huge body of evidence pointing to malicious actors with powers of the state, using geoengineering not to benefit, even if manmade geoengineering could benefit.

In 2018 Chinese media reported that the state’s Shanghai Academy of Spaceflight Technology was launching a vast geoengineering project, Tianhe which translates as “Sky River.” The project, which reportedly will be based on the high Tibetan Plateau, source of some of the world’s largest rivers, is intended to shift huge volumes of water from the rain-abundant South into the arid north. It was to have begun operation in 2020 but no details have since been published.

Recent discussion of Bill Gates’ project with Harvard physicist David Keith to release calcium carbonate particles high above the earth to mimic the effects of volcanic ash blocking out the sun, or the recent experiments of Make Sunsets to launch weather balloons from Baja Mexico of Sulphur dioxide to block the sun, are clearly meant as diversions to hide how advanced real geoengineering of our weather is. 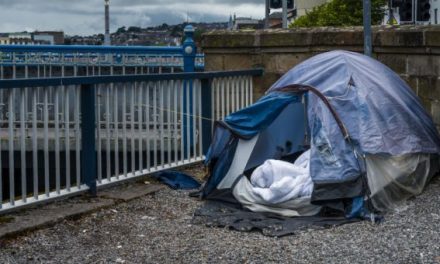 Government data proves that people “fully vaccinated” for covid are developing AIDS, which is part of why you’re being distracted with Russia-Ukraine propaganda 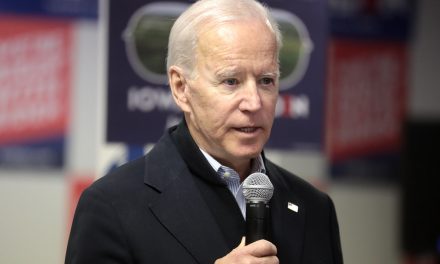