The coming crash of the climate cult 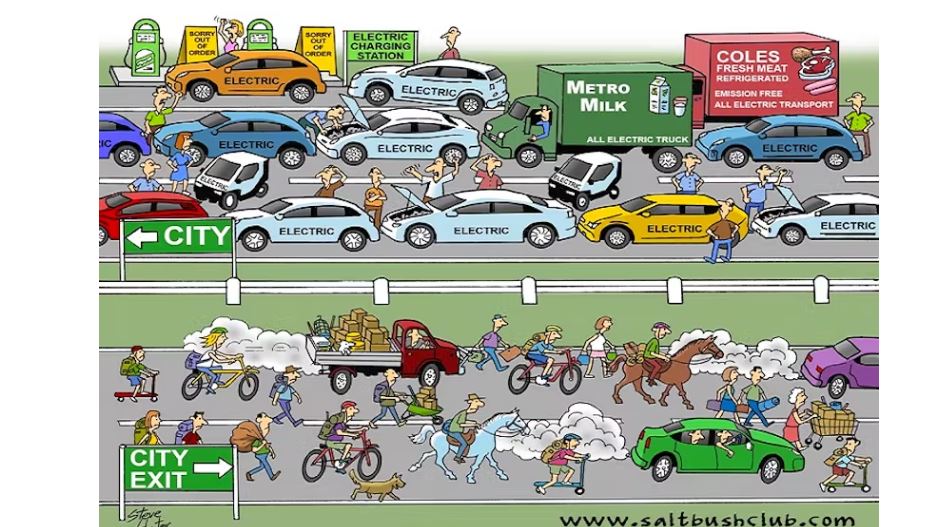 The Climate Cult worships two green idols – electric vehicles and wind-solar energy. This is part of a futile UN scheme promoting ‘Net Zero Emissions’ which aims to cool the climate of the world by waging war on CO2 plant food.

Green worship is the state religion of all Western nations. It is promoted by billionaires with other agendas, and endlessly repeated by the UN, the bureaucracy, all government media, state education, and most big business leaders.

The promotion of electric cars and trucks will cause a great increase in the demand for electricity to replace diesel, petrol, and gas.

We live beside a major highway connecting Ipswich and Boonah in Queensland and we can hear the roar of the traffic.

The road is quiet at night, but as day dawns, the real workers start moving – big diesel trucks off to pick up the day’s loads of gravel, machinery, cattle, tanks, pipes, hay, timber, bricks, and concrete. Then comes the traffic that sustains urban life – meat vans, milk tankers, and refrigerated trucks of produce to fill supermarket shelves every day. Around sunrise come the commuters heading for city jobs, and the city’s electric trains, lifts, and escalators start to run. Then kids are delivered to school and sirens announce the occasional passing of ambulances, fire engines, and police bikes and cars. Finally, the tree-change bureaucrats cruise past in their electric cars heading for their leisurely staggered starts. By 9 am the traffic falls off.

To achieve Net Zero nirvana, all of this early morning traffic rush must be battery-powered. Untold thousands of batteries will need to be fully charged overnight – well before the vast paddocks of Chinese solar panels can deliver one amp of green electricity.

Australia’s reliable coal/gas power stations could charge batteries overnight, while city demand for electricity is lower, but the green religion demands closure and demolition of anything using hydro-carbons. But Green engineers have the solution – intermittent wind power plus big batteries will re-charge millions of vehicle batteries before dawn.

But what keeps trains, lifts, hospitals, and refrigerators going if we have a still night followed by another cloudy day? More batteries or Snowy 9 Pumped Hydro? And if the still cloudy weather continues, what will re-charge the Big Batteries and re-pump the hydros? And will Greens apply the same conservation standards and delaying tactics to wind, solar, hydro, and power line construction that they now apply to coal mines?

The Queensland Premier has a $62 billion green plan to close all coal power stations, cover the countryside with wind/solar clutter, plan whole cities of battery charging stations, build the ‘world’s biggest’ pumped-hydro batteries (net CONSUMERS of electricity) and become a world leader in ‘green hydrogen’ (huge CONSUMERS of electricity and water). Soon after the last coal power plant is demolished, in a snap of still, cold, cloudy weather the lights will go out, electric trains will stop, and battery-powered food deliveries to the cities will falter. There will be uproar in Parliaments, and all Green/Teal/ALP governments will fall. The ABC will blame ‘climate change’.

Energy Realists will take over. They will immediately place orders for dozens of modular nuclear power plants.

But this energy reality will come too late. Long lines of city dwellers with bicycles, wheel-barrows, and old diesel utes will flee from the hungry cities. 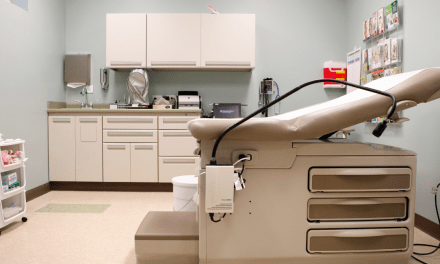 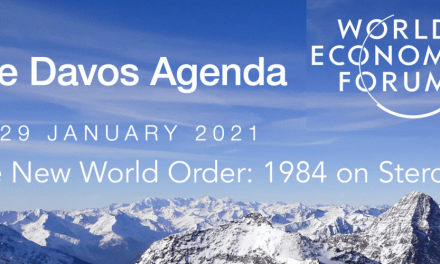