Last Friday, the UK Health Security Agency (“UKHSA”) confirmed that scarlet fever and infections with invasive Group A streptococcus “continue to remain higher than we would typically see at this time of year.”

Group A streptococcus or Strep A is a type of bacterium found in the throat and on the skin and in most people does not cause any symptoms – known as being “colonised”, the NHS says.

UKHSA said that there had been 851 cases of scarlet fever reported in week 46, compared with an average of 186 for the same week in preceding years.  On “very rare occasions”, the bacteria can enter the bloodstream and cause invasive Group A strep, UKHSA said.

The Telegraph reported that concerns are mounting over rising deaths from Strep A. Six primary school-age children have now died from the bacterial infection in Britain, it emerged on Friday – as health authorities warned that the life-threatening infections are four times higher now than they were before the Covid pandemic.   On Saturday Sky News reported that sadly another child had died.

However, Dr. Simon Clarke, a microbiologist based at the University of Reading, told Daily Mail: “There have been more cases than we would expect lately, but that might be a statistical blip.”  And Professor Ian Jones, an infectious disease expert at Reading University, said it was too soon to say if this year’s Strep A outbreak was particularly bad but it was unusual in terms of timing.  He echoed comments from Dr. Clark and others in saying a drop in immunity during the Covid lockdown may be partly to blame for the current number of cases.

That hasn’t stopped BBC from publishing multiple articles a day on the topic.  For example, on Sunday BBC published 4 different articles throughout the day and yesterday 3 different articles, including one titled ‘Strep A schools may be given preventive antibiotics’. “Health experts say parents and doctors need to be vigilant and alert … the UK must brace itself for more cases,” the BBC stated.

Dr. Vernon Coleman, who has been steadfast in speaking the truth and against corporate media fear-mongering since early 2020 gives his expert opinion on the latest scare.

The Truth about the Strep A Scare

Suddenly, the mainstream media has found another scare story: Strep A (which causes sore throats and scarlet fever and is usually fairly easily dealt with by prescribing penicillin) has killed some children under 10-years-old. And no one seems to know exactly why.

Well, there are several explanations.

First, there is no health service. Many GPs (now earning £111,000 and demanding a 30% pay rise for a 21-hour working week) are refusing to see patients except by video. Everyone with more than half a brain knows this is stupid and dangerous. But there are, I’m afraid, many stupid and dangerous GPs around. And the medical establishment now seems to be controlled entirely by the conspirators. The result is that parents with sick children are stuffed. Where do you find a doctor when your child falls ill on a Saturday night? You could, I suppose, go and sit in a casualty department for 20 hours. But you think you’ll wait…

Second, many children have poor immune systems. Our immunity builds up through contact with infections. Children were locked in for months during the lockdowns and school closures. Now, as predicted, they have very little natural resistance to infection. (Frighteningly, in the UK, two million children still haven’t gone back to school. A quarter of the school population never went back when the lockdowns ended.)

Third, many children have been jabbed with the toxic covid-19 jab – which helps to destroy the immune system still further. And even if they haven’t been jabbed their parents and siblings probably have been. Right at the start of the jabbing epidemic, I warned that immune systems would be damaged.

Fourth, small children are regularly damaged by a barrage of vaccines. How much damage do they do to the immune system? No one knows. 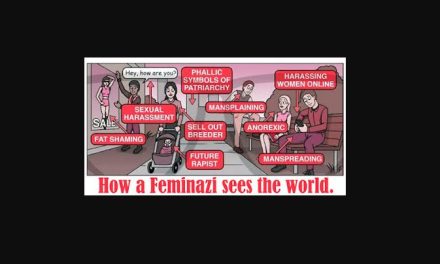 The Inmates Are Running The Asylum! Toxic Feminist Go Postal…. Over A Joke, Gets Colleague Suspended Without Pay After Publicly Harassing Him, Then Plays Victim Card 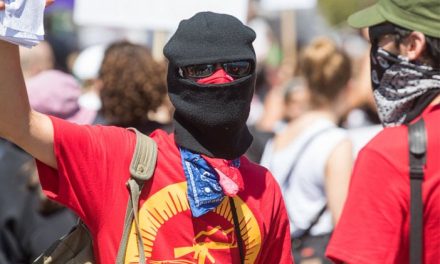 THE PSYCHOLOGY OF THE LEFTIST 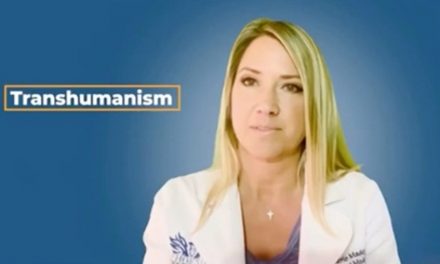