CALL OF DUTY IS A U.S GOVERNMENT PSYOP: THESE DOCUMENTS PROVE IT 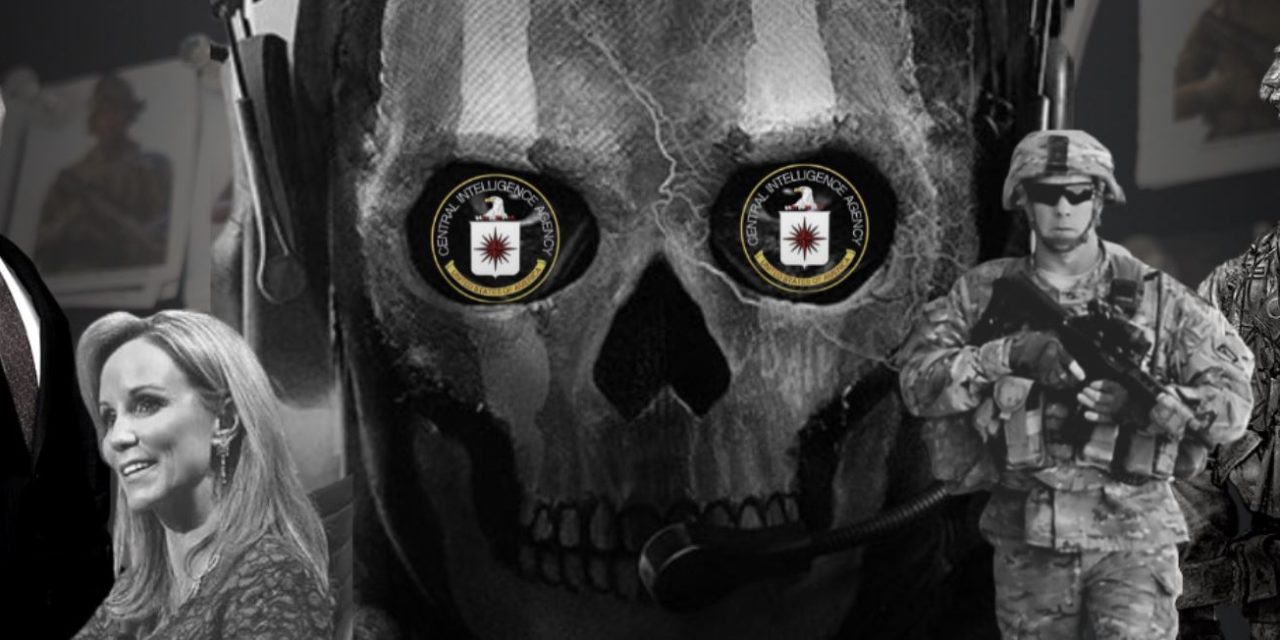 Call of Duty: Modern Warfare II has been available for less than three weeks, but it is already making waves. Breaking records, within ten days, the first-person military shooter video game earned more than $1 billion in revenue. Yet it has also been shrouded in controversy, not least because missions include assassinating an Iranian general clearly based on Qassem Soleimani, a statesman and military leader slain by the Trump administration in 2020, and a level where players must shoot “drug traffickers” attempting to cross the U.S./Mexico border.

The Call of Duty franchise is an entertainment juggernaut, having sold close to half a billion games since it was launched in 2003. Its publisher, Activision Blizzard, is a giant in the industry, behind titles games as the Guitar Hero, Warcraft, Starcraft, Tony Hawk’s Pro Skater, Crash Bandicoot and Candy Crush Saga series.

Yet a closer inspection of Activision Blizzard’s key staff and their connections to state power, as well as details gleaned from documents obtained under the Freedom of Information Act, reveal that Call of Duty is not a neutral first-person shooter, but a carefully constructed piece of military propaganda, designed to advance the interests of the U.S. national security state.

It has long been a matter of public record that American spies have targeted and penetrated Activision Blizzard games. Documents released by Edward Snowden revealed that the NSA, CIA, FBI and Department of Defense infiltrated the vast online realms such as World of Warcraft, creating make-believe characters to monitor potential illegal activity and recruit informers. Indeed, at one point, there were so many U.S. spies in one video game that they had to create a “deconfliction” group as they were wasting time unwittingly surveilling each other. Virtual games, the NSA wrote, were an “opportunity” and a “target-rich communication network”.

However, documents obtained legally under the Freedom of Information Act by journalist and researcher Tom Secker and shared with MintPress News show that the connections between the national security state and the video game industry go far beyond this, and into active collaboration.

In September 2018, for example, the United States Air Force flew a group of entertainment executives – including Call of Duty/Activision Blizzard producer Coco Francini – to their headquarters at Hurlburt Field, Florida. The explicit reason for doing so, they wrote, was to “showcase” their hardware and to make the entertainment industry more “credible advocates” for the U.S. war machine.

“We’ve got a bunch of people working on future blockbusters (think Marvel, Call of Duty, etc.) stoked about this trip!” wrote one Air Force officer. Another email notes that the point of the visit was to provide “heavy-hitter” producers with “AFSOC [Air Force Special Operations Command] immersion focused on Special Tactics Airmen and air-to-ground capabilities.”

“This is a great opportunity to educate this community and make them more credible advocates for us in the production of any future movies/television productions on the Air Force and our Special Tactics community,” wrote the AFSOC community relations chief.

Francini and others were shown CV-22 helicopters and AC-130 planes in action, both of which feature heavily in Call of Duty games.

Yet Call of Duty collaboration with the military goes back much further. The documents show that the United States Marine Corps (USMC) was involved in the production of Call of Duty: Modern Warfare 3 and Call of Duty 5. The games’ producers approached the USMC at the 2010 E3 entertainment convention in Los Angeles, requesting access to hovercrafts (vehicles which later appeared in the game). Call of Duty 5 executives also asked for use of a hovercraft, a tank and a C-130 aircraft.

This collaboration continued in 2012 with the release of Modern Warfare 4, where producers requested access to all manner of air and ground vehicles.

Secker told MintPress that, by collaborating with the gaming industry, the military ensures a positive portrayal that can help it reach recruitment targets, stating that,

For certain demographics of gamers it’s a recruitment portal, some first-person shooters have embedded adverts within the games themselves…Even without this sort of explicit recruitment effort, games like Call of Duty make warfare seem fun, exciting, an escape from the drudgery of their normal lives.”

Secker’s documentary, “Theatres of War: How the Pentagon and CIA Took Hollywood” was released earlier this year. 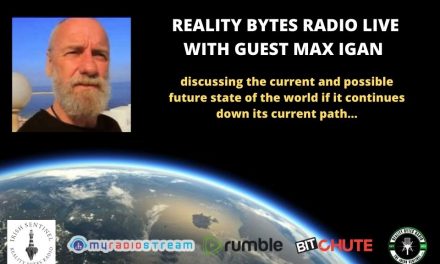 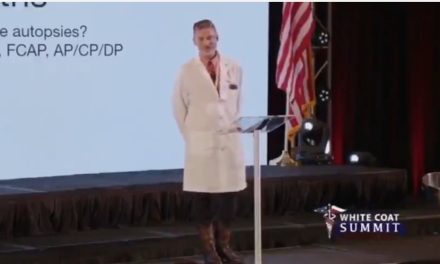 SCIENTIST SHOWS VACCINE EFFECTS IN AUTOPSIES. DON’T BELIEVE IT? SEE FOR YOURSELF.