Netherlands’ Land Grab: Government’s Proposal to Seize Up To 600 Farms Within a Year, by Force if Necessary 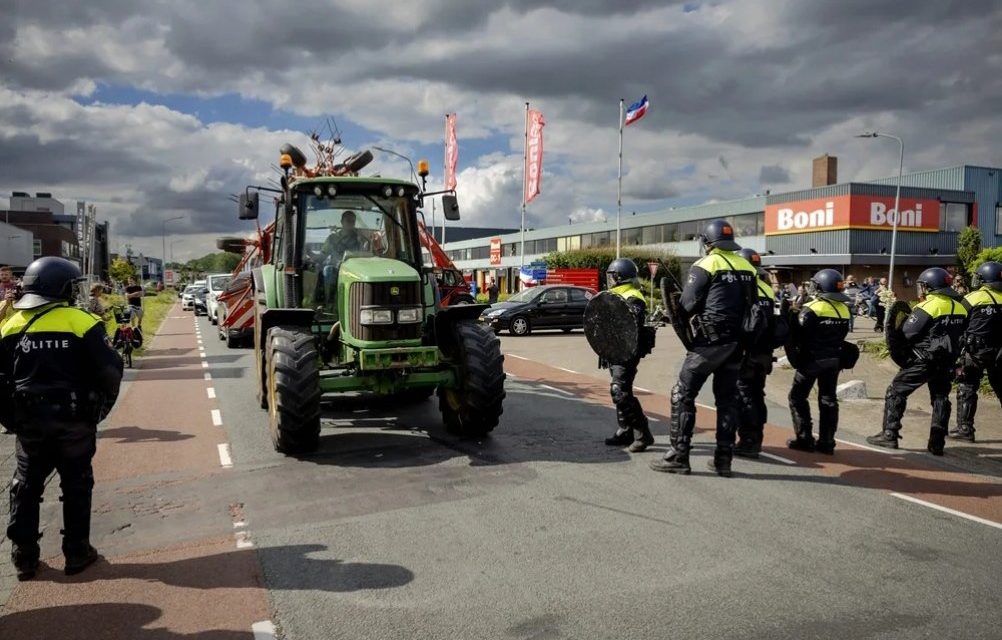 Tens of thousands of farmers have taken to the streets to oppose new government climate goals that will force thousands of farmers out of business. Despite all of these protests, the Dutch government is now talking about state-forced buyouts of 500-600 farms as early as within the next year. In other words, the state could be forcing farmers to sell their land to the state.

“Our criminal government has announced [on Wednesday, 5 October] that they’ll be speeding up the theft of our farmers’ land. 500-600 farmers will be forced to sell their land to the state in the next year. The farmers have announced new protests, so stay tuned, tweeted Eva Vlaardingerbroek.

Government-appointed mediator Johan Remkes’ most striking proposal was aimed at so-called “peak loaders.” On Wednesday, he called for 500 to 600 companies that are close to Natura 2000 conservation areas and have relatively high nitrogen emissions, especially livestock farms, to close within a year or move – as much as possible through a voluntary buyout but if there is no other option, under duress, NOS reported.

“There are no longer any good routes available for the short-term approach,” Remkes said. “The least bad route is a targeted closure of 500 to 600 peak polluters within a year.”

However, the European Commission states that “Natura 2000 is not a system of strict nature reserves from which all human activities would be excluded.”

“The expropriation of farmers must be taken off the table,” Mark van den Oever of Farmers’ Defence Force said after the government-appointed negotiator, Johan Remkes, published his recommendations on Wednesday. “We will not allow enforced buyouts to happen.”

A few days later, Vlaardingerbroek tweeted: “The Dutch government is ramping up the expropriation of our farmers, driving some of them to commit suicide. They’re a bunch of inhumane greedy liars and thieves who created a fake crisis to rob people of their rights and property.”

In an interview on GB News, Vlaardingerbroek explained what she believes are the reasons for the Dutch government’s land grab: “There is no space left in the Netherlands. So, what will they need to do? They will need to seize some of the land of these farmers in order to house new Dutch people, the newcomers to our country.   So, that is what this is really about. And of course, there’s also the element of our elites not wanting us to have independence or control over our food supply and they obviously also don’t want us to eat meat.  So, the farmers are standing in the way of their plans and that’s why they’re being targeted right now.

The Netherlands is not the only country in Europe where farmers are being targeted and being put out of business as the Irish farmer in the video below explains.

Since imposing nitrogen standards, the Dutch government has made it virtually impossible for farming to continue.  Over 17,000 farmers in the Netherlands are at risk of being shut down, run out of business, having to sell their land or destroy their livestock.

Ralph Schoellhammer, an assistant professor of International Relations at Webster Vienna Private University, has been following the developments of the Dutch farmer story closely.  On Saturday he spoke with Clayton Morris, host of Redacted, about the latest developments and his perspective on why the Dutch government is following this destructive path.

“There is a combination of factors that are making the Dutch government target certain farms, in particular, Schoellhammer explained.  “For some, it is about the expansion of urban planning … There is this vision … to create [a] cross-border state with the Netherlands with Belgium with parts of Germany. [To] have this huge urban centre that would include up to between 50 and 150 million people … but it combines itself with another element … which is a kind of environmental fanatism.  So, the Dutch farmers, in a sense, are being squeezed from two sides.” 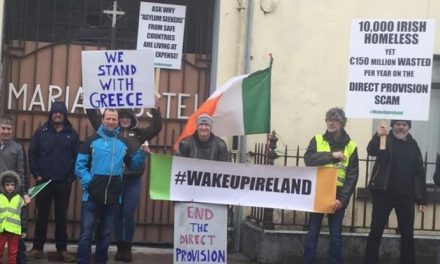