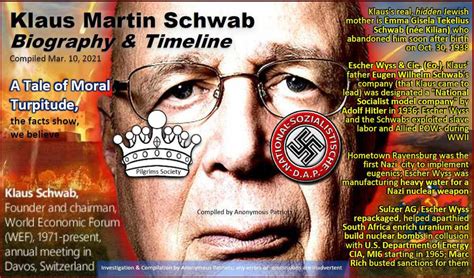 The Infrastructure is in place for global tyranny. That’s why World War is NOT an good option for The Great Reset

For a masterclass in fear mongering, you can’t get better than the W.E.F. and its affiliated gang of psychopathic, degenerate organizations.

Having terrified a large proportion of a gullible, global public with the threat of a common cold, or simply forced compliance using the UN’s preferred Chinese version of control, that scare story has now run its course, although they will undoubtedly try it again this coming cold season, and hot season south of the equator, again paying no heed to the scientific fact that seasonality does exist when it comes to a dose of the sniffles when the weather turns cold in the northern hemisphere whilst it is blisteringly hot in the southern hemisphere and thus the sniffles rarely occur in these regions. But what does science matter when power hungry savages “own the science”.

Yes, the UN claims to now own science, as if this was an actual possibility. The fact is that nobody owns science. Science is intangible. It is not an animate object. It is something which comes from the minds of human beings through meticulous thought, experimentation and proof using the so-called ‘scientific method’. This is not however absolute proof of anything as new knowledge can change our understanding of previous science to the point that new scientific theories are explored and either proven or disproven using the same methodology.

Of course, science as we know it, or indeed suspect it to be, has been stolen from us by powerful people and organizations over many decades. The public has no concept of science in the modern world other than their mobile phones and the latest 80” mega TV screen or the spying devices they allow into their private homes via Alexa etc.. Virtually all science in the corporate world is now used as a weapon against the public in every country on Earth.

If people haven’t understood by now that the hoax of global warming is a perfect example of weaponised science, then there really is no hope for them.

Covid-19, a non-existent ‘virus’, the very term ‘virus’ being highly debatable itself, is another perfect example of weaponised science which was used to condition the global public to submit to authority or suffer punishment based on nothing but the words of pathological liars, masquerading as politicians, health experts and unelected bureaucrats in the UN, namely an Ethiopian terrorist heading up the WHO amongst others, none of which resembled anything which could be remotely called truth. In fact, every aspect of the narrative was a lie, so much so, that even now there is no actual sample of Covid-19 which the whole fraud is based on, live or dead ‘virus’ or so-called ‘variant’, in existence anywhere in the world. What they call Covid-19 only exists ‘in-silico’, which basically means computer generated.

The term ‘Covid-19’ itself is worth looking at. Where did it come from? How can it be an acronym for Coronavius? Or SARS-COV2? Where does the ID come in?

We could easily break it down as:

CO = Carbon, V=2 (This is how you indicate the number 2 with your index and middle finger making a V) and of course ID = Identification; CO2ID.

So we have Carbon Dioxide Identification.

Remember how they tried Vaccine Passports? That plot hasn’t gone away. It’s actually still in full flow through numerous backdoor scams; the finale of that being a social credit system where no cash will exist and you just better do as you’re told to get your Central Bank (Global Government) Digital Currency.

Surveillance of everything is also being rapidly rolled out with personal carbon trackers, biometrics for access to everything, including the Internet, government building, public and private businesses/buildings and outdoor spaces.

Even our right to real food is being taken from us with insects and lab grown fake meat already on supermarket shelves across the world. Rationing is coming for food and energy.

Restrictions on travel were well tested during the Covid-19 hoax and compliance was high. Those restrictions will be reintroduced soon and enforced through the social credit system and digital currency having limited use for purchasing and limits on use in a defined area in terms of distance from your home, in whatever form your home takes in the near future.

Remember, the WEF and Klaus SLOB have told you that you’ll own nothing and be happy? They mean it. The reason they think you’ll be happy is that they, being psychopaths, don’t have the emotional capacity to understand what happiness is and they never will.

All forms of freedom are now virtually over.

This is why, in my humble opinion, I see no advantage in instigating a global war, or indeed a nuclear conflict, unless these degenerates feel they have lost the public and now fear for their own existence. Perhaps they think they can disappear into their underground cities and ride out global war and reaps the benefits of a decimated global population? But what would be left on the surface when they came out? Nothing worth keeping.

Nothing of their dystopian, tyrannical system will survive a global conflict. Arable land across the globe will be polluted for decades along with the necessary skills in the form of farmers, engineers etc. to rebuild such a global catastrophe.

Yes, they have the means in their underground bunker cities to sustain themselves, no doubt, indefinitely. But do you really think they will want to spend their lives in, what is in effect, an underground prison without access to the outside world for decades?

I don’t, and this is why I doubt a global conflict will occur. They need the infrastructure to maintain control over those who survive the current genocidal slaughter through the poisonous injections people are still, unbelievably, willing to take.

They have achieved a large part of their global depopulation agenda and will see that through. They are still poisoning those who didn’t fall for the scam through our food supply, our water and the air we breathe. It a genocide that keeps giving them what they desire; a small obedient slave class to serve their needs in terms of their survival needs which includes every form of debauchery known to man and probably some we couldn’t even imagine.

These are the sickest, most disgusting beings on the planet. I refuse to even think of them as human.

The fear of global conflict or nuclear war will be sufficient to keep the agenda going forward towards 2030. By then the world will be a place nobody in their right mind would want to live in and many will become victims of such a society, many through famine and lack of life sustaining resources such as fuel and medicines, unless natural.

Many will succumb to suicide which is fulfilling the depopulation agenda on another front.

But the fact remains, science springs from the mind of man as do ideas on infinite issues. Humanity will survive and rid itself of these parasites once and for all.

They may think they own the science, and actually own government boot-lickers, and they may even think that they own us…

But they own neither the science nor us and that makes them very ‘unhappy‘. 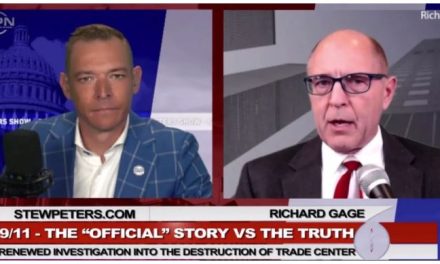