The Indo and its Anti Irish agenda continues 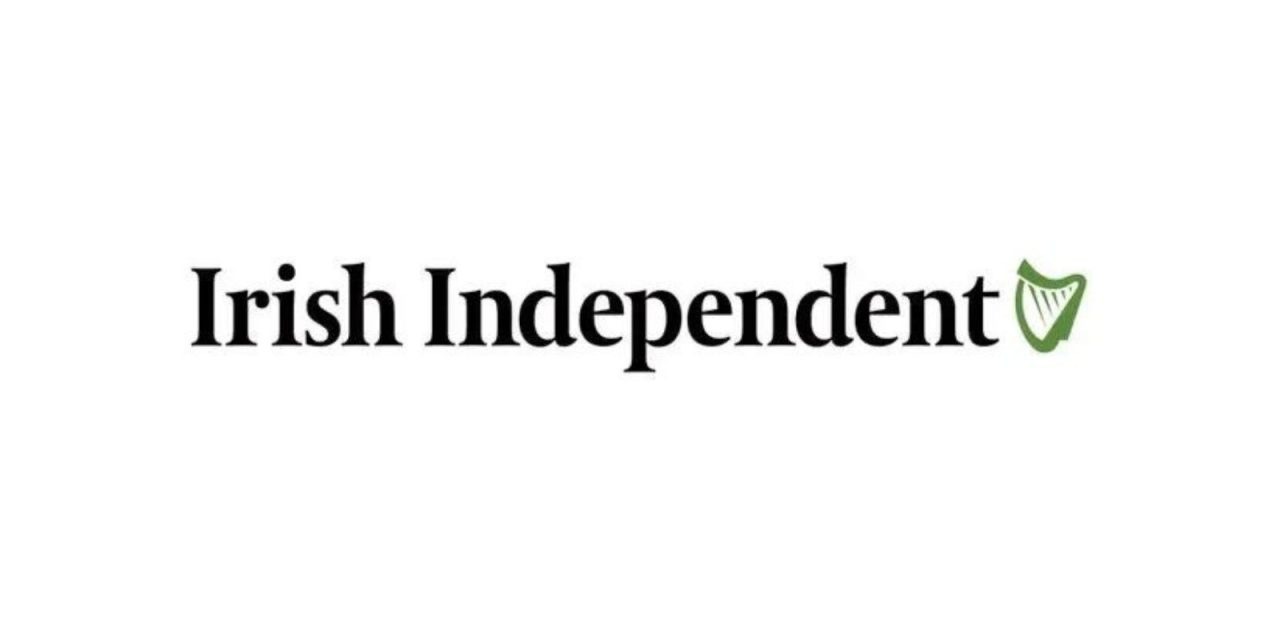 “The short-sighted idea that you have to be white to be Irish is hurtful and ill-informed”, so writes Joy Tendai Kangere in a propaganda piece in the Irish Independent. Tendai Kangere is a blow in from Africa and her dazzling hubris, if not irony, was as troubling a read as her opportunity to spew this nonsense in the first place. The legacy media in Ireland has absolutely no genuine credibility remaining unless of course the readers are themselves willing participants in globalism and treachery. To the treacherous, treason is not a dirty word. Instead, they will either engage in some ritualistic means of mental gymnastics to assuage the accusation, or amongst the psychopathic element, wholly embrace the label.

Tendai Kangere, like many of her cabal on the left seem bridled with perpetual offence on one hand while demanding tolerance on the other. Meantime, the same cadre dispense offence and intolerance under a transparent cloak that is visible, at least, to those of us with the ability to witness the obvious. Tendai Kangere seems to have no difficultly in courting pity from a primed audience who will agree with her, no matter what she writes. Being a “woman of colour” offers a special type of knowledge in woke Ireland. It translates into blind acceptance of whatever is said, with a mental genuflection for added effect. Tendai Kangere and those like her seem incapable of being aware that they themselves cause immense offence, even more than offence in fact. They cause utter destruction of what was once considered priceless, the survival of the nation. Tendai Kangere whilst lamenting manufactured offence, causes real offence when she brazenly co opts an entire culture by personal diktat, a self-proclamation of Irishness that is as absurd as a man calling himself a woman. However, the present culture tells us that a man can indeed self-proclaim himself to be a woman, nothing else is required and the outside world must indulge their delusion. This is the present state of play in the West, a West that is hurtling towards self-destruction. As historian Arnold Toynbee noted, civilisations don’t die by murder, but by suicide. Ireland take note.

Tendai Kangere, like us all, is self-interested, even if she may not say it publicly. Her expression as self-declared “ New Irish” is no more truthful, as in it is accurate reflection of reality, as a 45 year old male convincing himself he is an 8 year old girl. Others may partake in the delusion for their own reasons whether it be: malicious intent or willing complicity in the underlying ideology, abject fear of being attacked by woke fascists and losing an income, being simply insane or just, well, simple, as in plain stupid.

The unchecked arrogance of Tendai Kangere to feel offence while contemporaneously causing even fouler offence is a trademark of the far left. One cannot ignore either the voice given to Tendai Kangere to spew her hate speech and hate speech it surely is. It is a direct attack on the integrity of our forefathers who also happened to be white Irish men and women. Tendai Kangere will no doubt argue that Phil Lynott, Paul McGrath, Lee Chin etc are Irish but not white, giving credence to her position. However, all the aforementioned have a blood relationship with Ireland through a native Irish parent. Tendai Kangere and the other self- interested usurpers do not. Tendai Kangere cannot feel the same connection as those of us whose ancestors nourished the soil, their corpses well-decayed returning to the land, infusing into it their very essence. Tendai Kangere has no spiritual association with long embedded memories those ancestors bequeathed- historical memories etched in mass rocks, tied to families and the long shadows of perished gallows that marked their persecution. Tendai Kangere’s delusion exists and persists however only because treacherous propagandists allow this message to be promulgated, and then to gain traction amongst the ignorant and with the contrived prospect of fulfilling the wishes of dead traitors (in my opinion) like Peter Sutherland ( who is on the record that for the EU cash project to survive for the well-off, the homogeneity of nations must be destroyed).

Tendai Kangere posits that to challenge her anti Irish propaganda lacks information? Really? The proponents of multiculturalism would say that of course but let’s put it to the test. Being Irish isn’t merely being given a piece of paper, a act considered lawful one drafted by traitors no more than a self-confessed murderer is exonerated by a corrupted jury. The British establishment historically rendered laws on this island that discriminated against the native population and such laws might have been seen as valid in the eyes of the despotic tyrants but not upon those experiencing it. The authority framed within an issuance of legal documents, including a certificate of citizenship, is merely an expression of those in power, nothing else. A land occupied by traitors, enacting treacherous laws that allow that occupation to continue, may have the appearance of law, but laws are simply a codified means of control exercised by those with authority and their enforcing agents. Because something is lawful doesn’t translate to it being true or virtuous.

For example, marital rape was legal until section 5 of the Criminal Law (Rape) (Amendment) Act 1990 abolished any rule of law by virtue of which a husband cannot be guilty of the rape of his wife. Prior to 1990 a husband who raped his wife could not be found guilty under the law. However, that didn’t mean a husband raping his wife prior to the 1990 Act made the heinous action morally licit even if the law didn’t recognise such a crime, no more than when the infamous Dred Scott v Sandford decision, delivered by the US Supreme Court in 1854, enunciated that all people of African descent, free or enslaved, were not United States citizens and therefore had no right to sue in federal court. The abortion laws too in Ireland, that have so far dismembered over 7,000 innocent babies, may be considered lawful in so far as they operate legally but this doesn’t make them right nor moral. Any authority can make laws, including evil and treacherous one, especially if the public are evil, gullible, greedy or stupid to lend them credence by their popular approval. Granting someone “Irishness” as recognised by Irish “law” similarly does not make the act right or true, it merely makes it legal and as said, being lawful doesn’t necessarily translate as true or moral.

A fortiori, the fact that the same vehicles of globalism seek to destroy native populations they simultaneously seek to protect them, would make the policy redundant. According to international law and policy there is no singularly authoritative definition of indigenous peoples under international law and the United Nations Indigenous Declaration does not set out any definition. Apparently, this decision was taken intentionally by the drafters based on the rationale that the identification of an indigenous people is the right of the people itself—the right of self-identification- and a fundamental element of the right to self-determination. This is a right, we as Irishmen and Irishwomen need to assert, at the very least, to highlight the hypocrisy of the globalists like Tendai Kangere who seem to make nationality as fluid as gender, and therefore meaningless. But gender aka sex and nationality have meaning, those who died protecting the latter would know. Men like Pearse and Connolly didn’t die so Irishness could be usurped and distorted. They died protecting the Irish qua Irish, I,e those people that a few decades ago would have been understood without recourse to globalist and US sophistry.

The UN asserts that many indigenous peoples populated areas before the arrival of others and often retain distinct cultural and political characteristics, including autonomous political and legal structures, as well as a common experience of domination by others, especially non-indigenous groups, and a strong historical and ongoing connection to their lands, territories, and resources, including when they practise nomadic lifestyles. While the legal status of indigenous peoples is distinct from that of minorities, they are often, though not always (so the UN informs) are in the minority in the States in which they reside. These indicia seem to fit with the present native and our right to assert such a claim. The danger of this move might be to impliedly make valid the assertion of a “new” Irish, given that a “native” Irish is being expressed as opposed to merely “Irish”. Two decades ago, making the claim “Irish” was as obvious to the world what was meant, as recognising a red apple to be red. No distinctions were necessary to tell the whole truth. However, another implication of indigenous rights, and their protections, is that such an approving category recognises the de facto existence of “indigenous” or “native” people, and their protection. If “indigenous” or “native” people can be manufactured merely by the self-declaration of a hitherto non-native, then it renders the classification obsolete. If a white Irish man travels to a reservation provided to native Americans, the latter who can exercise rights only on that land by law as natives, can himself self-declare as a native American, it causes the protection to be meaningless. It becomes meaningless if the category to be protected can be eliminated by a mere self-declaratory statement of feeling. If the red headed Irishman who now arbitrarily considers himself native American, and brings his red headed family with him, who make the same claim, they, the “new” native Americans can repurpose the category for their own self-interest, alter it and thereby destroy it.

The Russo Ukraine conflict highlighted one fact that the dishonest media ignore, that the “new” Ukrainians, were the first to flee their adopted land, and first to abjure their Ukrainian pedigrees until they landed in a place of refuge, where they reasserted their Ukrainian status again. The self-interest over national interest was clear to see. It is patently obvious that those who claim themselves to be “new” Irish have no love of the Irish people, and would likely betray this land as the “new” Ukrainians did to Ukraine, why? Because they have no real love for the adopted nation. Their loyalty remains completely anchored to their own vested interests which includes disavowing national fidelity when it suits, as did those who claimed to be Ukrainian. Moreover, the lack of respect highlighted by Tendai Kangere with her diatribe compounds the fact that she, in my opinion, cares little about our country, precisely because she uses a nefarious agenda, an agenda she willingly partakes in, to attack not the “native” Irish, but merely the Irish, who also so happen to be white. 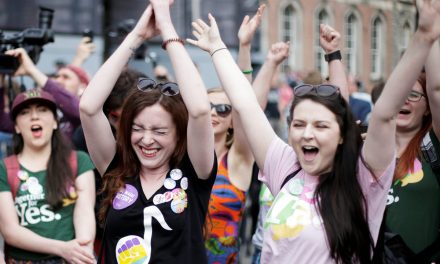 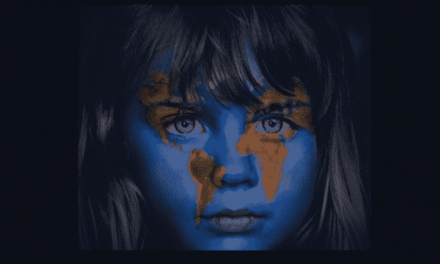