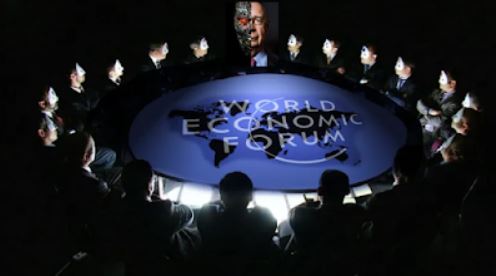 By John Scotto – All News PipeLine –

Are both humanity and America ready for the globalists fourth industrial revolution? Are people aware of the dangers of globalism? Do US citizens have any knowledge about Klaus Schwab and The WEF, aka The World Economic Forum? Are people prepping themselves for a “brave new world order?” I suggest everybody fasten their seat belts and prepare for a bumpy ride. The future of America and the world is currently taking shape right before our very eyes.
The media does a real good job of mocking anybody who dare mention The Great Reset/WEF and their alleged plans for humanity, telling all of us that this all some kind of right wing conspiracy theory. But, those of us who are aware and who are paying attention, know this could be something much more. The elite technocrats who meet basically every single year in Davos, Switzerland and this year in Geneva, are currently planning humanity’s future. Aren’t they thoughtful?
Klaus Schwab and his fellow WEF sycophants have basically proclaimed themselves the leaders of the world, a bunch of unelected leftist technocrats, who firmly believe they are going to transform our world into some sort of leftist technocracy. A world which resembles a leftist authoritarian police state.
The catch phrase of the WEF is “You’ll Own Nothing and Be Happy (originally You’ll Own Nothing and You’ll Be Happy). This phrase was once included in a video by the WEF called, “8 Predictions for the World in 2030.” Now tell me, does this sound like a good idea? Schwab seems to have installed many world leaders throughout the globe. You might be surprised how many current political leaders have been groomed by Mr. Schwab. It makes one truly wonder, how many sovereign nations are left upon this earth?
You’ll Own Nothing and Be Happy
Klaus Schwab boasts about getting Justin Trudeau and most of his cabinet on his WEF team

IMHO, these globalists at the WEF are possibly planning the depopulation of humanity and the end of western civilization, so they can install their new leftist technocratic “Utopia.” The elite globalist technocrats greatest asset appears to be their ability to hide behind a façade and act nefariously, operating completely under the radar. These are the same people who are supposedly determined to create a cashless society, where individual liberty, personal privacy and the US Constitution become obsolete. The cashless life won’t be worth living .

These members of the WEF appear to be the latest wannabe dictators of the world. The latest crew of elite leftist misfits, who are looking to advance a globalist agenda. They call it: The Great Reset, however the one thing that should concern all of us is what are they actually attempting to reset? More importantly, who gave these unelected elitist bureaucrats the consent to do anything?
Who is Klaus Schwab? The ‘Great Reset’ is no conspiracy theory
IMHO, these elites are looking to collapse our system, then start over and create a new world order, a one world government. Could these be the same people who are currently pressuring Biden to cede US sovereignty to an unelected bunch of CCP controlled bureaucrats at the WHO?
Tucker Carlson Joins Fellow Conservatives – Warns Americans of Joe Biden’s Plans to Hand Over US Sovereignty to the Globalist WHO (VIDEO)
These leftist technocratic opportunists have apparently seized upon crises such as the Covid Pandemic, in order to advance their new world order agenda. Schwab and his followers are the masters of illusion and of using/manipulating the climate change cult to justify any action or inaction of theirs. Many of these WEF members have become the self-proclaimed overlords of society. These miscreants repeatedly “cry wolf” about the earth’s impending doom, and how we are currently running out of all the necessary elements, which require human beings to survive. They claim they are the “smartest” people on the planet, demanding and expecting all of us peasants look to them to solve all of our problems.
Is the handling of the Covid Pandemic making sense now? Is the possibility of more pandemics in the future sending off any alarm bells?
Does the devaluing of the dollar, roughly twenty years of artificial low interest rates, the near one trillion dollar consumer credit card balance, the deficit spending and endless government debt, the supply chain/food shortages, the shutting down of US oil/gas/coal, extremely high gas prices/possible future hyper inflation, the constant attempt to do away with the second amendment, the widespread leftist propaganda/censorship, the huge uptick in crime, the climate change agenda, the culture of death/abortion on demand, the transgender/homosexual promotion, leftist public school indoctrination/the critical race theory agenda, the incessant virtue signaling by the left, promoting racial division, defunding of the police, a wide open and unprotected US southern border, legalizing marijuana, the increase in illegal drug flow, Big Pharma/people addicted to fentanyl/painkillers, the drug cartels/gangs, the highly questionable 2020 presidential “election”/mail in ballots/ballot harvesting, the call to end voter ID, the perpetual wars, cell phone/internet addiction, the enticement of convenience above freedom and personal privacy…… does all this stuff make sense now? Are people finally connecting all the dots?
Do you think a thumbed down, low IQ population of which a majority is on prescription drugs, where many people are disconnected from reality and uninterested with dealing with the problems surrounding them, just might be vulnerable? A population within a state of confusion, who have constant worries and who are becoming financially impoverished on a daily basis, all due to the destructive economic policies of the left. Wouldn’t this create a perfect opportunity for a group of power hungry elitists to potentially change the world, into a new world, something they always envisioned it to be? 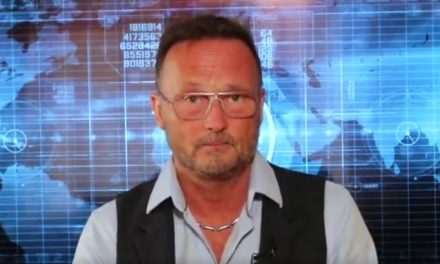 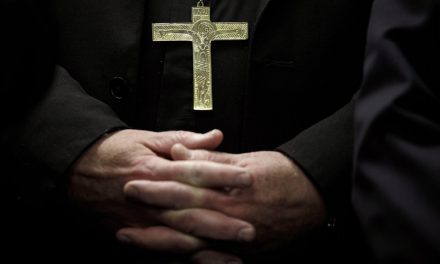 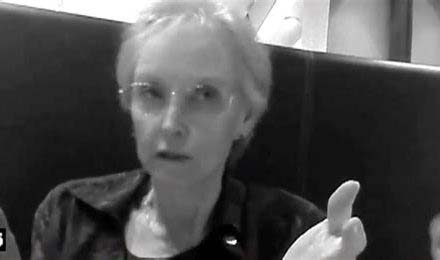