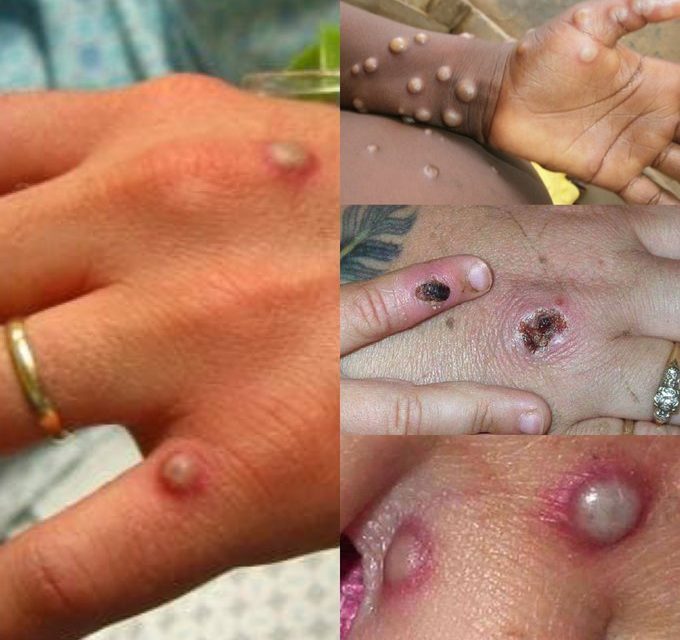 Update (1608ET): Officials in New York City say they are monitoring the state’s first suspected case of monkeypox in a patient receiving care at Bellevue Hospital, where preliminary tests have been performed to confirm the disease, according to the Wall Street Journal.

So far, 87 cases have been confirmed worldwide and 57 are under investigation, according to the World Health Organization. Earlier Friday Israel became the 13th country to report a suspected case.

The disease was also reported on Friday by Germany, Australia, France and Belgium, while two cases were confirmed in Canada.

Monkeypox causes a contagious rash similar to chickenpox in humans, and is spread through close contact. Symptoms, which usually appear within the first five days of infection, include muscle aches, chills, fever, swollen glands, exhaustion – and of course, pustules.

The mortality rate for monkeypox ranges from 1% to 15%, and is endemic in three countries; the Democratic Republic of Congo, Nigeria and the Central African Republic. The first reported case detected in the UK had traveled to Nigeria, after which they returned with a rash, according to the WHO.

Update (1055ET): The World Health Organization is convening a group of leading experts for an emergency meeting about the ongoing monkeypox outbreak, according to the Telegraph.

The meeting comes as 12 countries have reported recent cases, with the CDC confirming at least one in the United States.

“I’m sure that ultimately this will be the largest outbreak of monkeypox that we’ve had outside of the endemic areas in Africa,” Daniel Bausch, infectious disease expert and president of the American Society of Tropical Medicine & Hygiene told Axios.

That said, Bausch doesn’t think there’s cause for concern just yet.

Prof Anne Rimoin, professor of epidemiology at the UCLA and a world renowned monkeypox expert, told the Telegraph that vaccinating close contacts of confirmed cases, also known as ring vaccination, is a good option for health officials.

She added that the public should not, at this stage, be too concerned.

“For your average person I would not be overly alarmed. If you have a rash, contact your health provider, a rash that is unusual or looks like monkeypox,” she said.

“If you think you’ve been exposed to somebody who has monkeypox that has this kind of a rash I would I would identify yourself and talk to your healthcare provider.”

So COVID was “not a major threat to the people of the US” (Fauci), Subprime is “contained” (Bernanke), and “I don’t believe another financial crisis will occur in our lifetimes (Yellen)… but now we shouldn’t be worried about Monkeypox…

What in the world is going on?

As Michael Snyder detailed earlier, in the past, we were told that monkeypox was not a major concern because it was so difficult to spread it from person to person.

But now monkeypox seems to be spreading like wildfire.

On May 7th, the very first case in the western world in 2022 was confirmed in the United Kingdom.

Now here we are less than two weeks later and there are now dozens of confirmed and suspected cases in twelve different countries outside of Africa.

Yesterday, I discussed the cases that have popped up in Spain, Portugal and the United States.  Now there are significantly more nations that are reporting confirmed or suspected cases, and that should greatly alarm all of us.

The confirmed case in Massachusetts involves a man that had recently traveled to Canada, and so it was suspected that there were additional cases among the Canadians.

Earlier today, we learned that “thirteen probable cases are being investigated in Canada”, and the test results for those thirteen “probable cases” should be released soon.

Meanwhile, a case has been confirmed all the way up in Sweden…

‘One person in the Stockholm region has been confirmed to be infected with monkeypox,’ Sweden’s Public Health Agency said in a statement.

The infected person ‘is not seriously ill, but has been given care,’ according to the agency.

And it appears that there could be multiple cases in Italy…

Italy’s patient was holidaying in the Canary Islands and is now in isolation at the Spallanzani hospital in Rome, the hospital said.

Another two other suspected cases are being monitored, it added.

The first case of monkeypox in Australia has been confirmed in the state of Victoria from a man in his 30s who recently returned from the United Kingdom.

“There are few close contacts that have been identified, obviously the GP is one of them,” Victoria Chief Health Officer (CHO) Brett Sutton told reporters on Friday, referring to the general practitioner who referred the man for testing.

Belgium has a second case…

A case of monkeypox has been confirmed in Munich, Germany. Bavaria’s Health Minister Klaus Holetschek pointed this out on Friday. The patient comes from Brazil and is already isolated in the Munich Clinic Schwabing.

A first case of infection with monkeypox was detected in France on Thursday in Île-de-France, announced this Friday the Directorate General of Health.

“As soon as his infection was suspected, this person was taken care of. In the absence of seriousness, he is isolated at his home”, specifies the ministry.

The patient is a young man of 29 with no history of travel to a country where the virus is circulating.

There may be some cases of the monkeypox virus in the Netherlands, RIVM reports Friday. Samples are currently being examined in a lab. The result of this is not yet known.

This was never supposed to happen.

Even though monkeypox is a relatively new disease, cases were always extremely rare, and a global outbreak was always considered to be extremely unlikely because it was so hard to spread monkeypox.

A prominent infectious disease expert at Johns Hopkins University is telling us that this virus “is spreading via physical touch”, and that it can spread “through respiratory droplets” under certain circumstances…

Dr Amesh Adalja, an infectious disease expert at Johns Hopkins University in Baltimore, Maryland, also told DailyMail.com that the virus is spreading via physical touch – and that it only spreads through respiratory droplets in the air in people that are already exhibiting symptoms.

That is extremely alarming to hear.

But before we jump to conclusions, it is important to note that we still really don’t know too much about this virus.  It hasn’t been around for that long, and scientists have long warned that it could potentially mutate into a more transmissible form…

For decades, a few scientists have voiced concerns that the monkeypox virus could have become better at infecting people—ironically because we eradicated its relative, smallpox, in the late 1970s. The smallpox vaccine incidentally protected against monkeypox. And when new generations were born into a world without either smallpox or smallpox-vaccination campaigns, they grew up vulnerable to monkeypox. In the Democratic Republic of Congo, this dwindling immunity meant that monkeypox infections increased 20-fold in the three decades after smallpox vanished, as Rimoin showed in 2010. That gives the virus more chances to evolve into a more transmissible pathogen in humans. To date, its R0—the average number of people who catch the disease from one infected person—has been less than 1, which means that outbreaks naturally peter out. But it could eventually evolve above that threshold, and cause more protracted epidemics, as Bergstrom simulated in 2003. “We saw monkeypox as a ticking time bomb,” he told me.

Hopefully those that are investigating this new outbreak will soon be able to tell us whether the virus has mutated or not.

Meanwhile, authorities are claiming that it seems to be particularly spreading among men that have sex with other men.  The following comes from CNN…

Both in the United Kingdom and Canada, health authorities have noted that many of the monkeypox cases were identified in men who have sex with men — but the virus is not typically described as a sexually transmitted infection and investigations into these recent cases continue.

If this new outbreak continues to grow, it will only be a matter of time before people start clamoring for vaccines.  Health officials say that the existing smallpox vaccine should offer at least some protection against monkeypox, and they are already considering giving it to certain groups…

CDC officials are evaluating whether smallpox vaccine should be offered to healthcare workers treating monkeypox patients and other people who may be at “high risk” for exposure to monkeypox, McQuiston said.

“It’s definitely something that we’re discussing and evaluating, whether offering smallpox vaccine makes sense in the current setting,” she said.

“We’ll be closer to making recommendations for that in the next day or so.”

And it is being reported that there are enough doses of the smallpox vaccine “to vaccinate basically everyone in the U.S.”…

And as another bioterrorism precaution, stockpiles of three smallpox vaccines are large enough “to vaccinate basically everyone in the U.S.” Inglesby said. And though monkeypox patients usually get just supportive care, a possible treatment does exist and has also been stockpiled: Tecovirimat, or TPOXX, was developed to treat smallpox but would likely work for monkeypox too.

Hopefully we never get to a point where officials feel like a full-blown vaccination campaign is needed.  After what we have been through with COVID, nobody wants to see that.

Apparently a monkeypox vaccine already exists as well, and the New York Post is reporting that the U.S. has just ordered “13 million additional doses”…

The US has ordered 13 million additional doses of the monkeypox vaccine after a Massachusetts man contracted the rare — but potentially severe — virus, officials said Thursday.

The massive $119 million order of Jynneos jabs — which can be used to treat both the monkeypox virus and smallpox — was created by the biotechnology company Bavarian Nordic, according to Newsweek.

Authorities in the western world are certainly acting as if this is going to turn into something big. 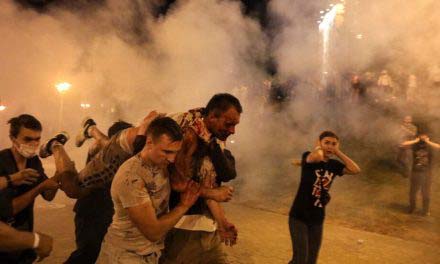 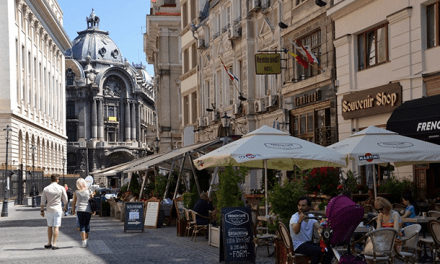 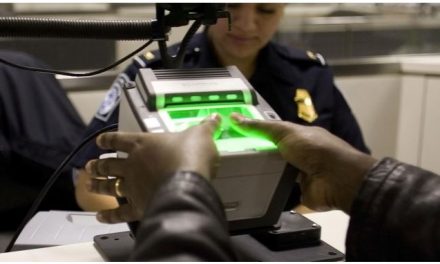