While Western media deploys Volodymyr Zelensky’s Jewish heritage to refute accusations of Nazi influence in Ukraine, the president has ceded to neo-Nazi forces and now depends on them as front line fighters.

Back in October 2019, as the war in eastern Ukraine dragged on, Ukrainian President Volodymyr Zelensky traveled to Zolote, a town situated firmly in the “gray zone” of Donbas, where over 14,000 had been killed, mostly on the pro-Russian side. There, the president encountered the hardened veterans of extreme right paramilitary units keeping up the fight against separatists just a few miles away.

Elected on a platform of de-escalation of hostilities with Russia, Zelensky was determined to enforce the so-called Steinmeier Formula conceived by then-German Foreign Minister Walter Steinmeier which called for elections in the Russian-speaking regions of Donetsk and Lugansk.

In a face-to-face confrontation with militants from the neo-Nazi Azov Battalion who had launched a campaign to sabotage the peace initiative called “No to Capitulation,” Zelensky encountered a wall of obstinacy.

With appeals for disengagement from the frontlines firmly rejected, Zelensky melted down on camera. “I’m the president of this country. I’m 41 years old. I’m not a loser. I came to you and told you: remove the weapons,” Zelensky implored the fighters.

Once video of the stormy confrontation spread across Ukrainian social media channels, Zelensky became the target of an angry backlash.

Andriy Biletsky, the proudly fascist Azov Battalion leader who once pledged to “lead the white races of the world in a final crusade…against Semite-led Untermenschen”, vowed to bring thousands of fighters to Zolote if Zelensky pressed any further. Meanwhile, a parliamentarian from the party of former Ukrainian President Petro Poroshenko openly fantasized about Zelensky being blown to bits by a militant’s grenade.

Though Zelensky achieved a minor disengagement, the neo-Nazi paramilitaries escalated their “No Capitulation” campaign. And within months, fighting began to heat up again in Zolote, sparking a new cycle of violations of the Minsk Agreement.

By this point, Azov had been formally incorporated into the Ukrainian military and its street vigilante wing, known as the National Corps, was deployed across the country under the watch of the Ukrainian Interior Ministry, and alongside the National Police. In December 2021, Zelensky would be seen delivering a “Hero of Ukraine” award to a leader of the fascistic Right Sector in a ceremony in Ukraine’s parliament.

A full-scale conflict with Russia was approaching, and the distance between Zelensky and the extremist paramilitaries was closing fast.

This February 24, when Russian President Vladimir Putin sent troops into Ukrainian territory on a stated mission to “demilitarize and denazify” the country, US media embarked on a mission of its own: to deny the power of neo-Nazi paramilitaries over the country’s military and political sphere. As the US government-funded National Public Radio insisted, “Putin’s language [about denazification] is offensive and factually wrong.”

In its bid to deflect from the influence of Nazism in contemporary Ukraine, US media has found its most effective PR tool in the figure of Zelensky, a former TV star and comedian from a Jewish background. It is a role the actor-turned-politician has eagerly assumed.

But as we will see, Zelensky has not only ceded ground to the neo-Nazis in his midst, he has entrusted them with a front line role in his country’s war against pro-Russian and Russian forces.

Hours before President Putin’s February 24 speech declaring denazification as the goal of Russian operations, Ukrainian President Volodymyr Zelensky “asked how a people who lost eight million of its citizens fighting Nazis could support Nazism,” according to the BBC.

Raised in a non-religious Jewish family in the Soviet Union during the 1980’s, Zelensky has downplayed his heritage in the past. “The fact that I am Jewish barely makes 20 in my long list of faults,” he joked during a 2019 interview in which he declined to go into further detail about his religious background.

Today, as Russian troops bear down on cities like Mariupol, which is effectively under the control of the Azov Battalion, Zelensky is no longer ashamed to broadcast his Jewishness. “How could I be a Nazi?” he wondered aloud during a public address. For a US media engaged in an all-out information war against Russia, the president’s Jewish background has become an essential public relations tool.

A few examples of the US media’s deployment of Zelensky as a shield against allegations of rampant Nazism in Ukraine are below (see mash-up above for video):

Behind the corporate media spin lies the complex and increasingly close relationship Zelensky’s administration has enjoyed with the neo-Nazi forces invested with key military and political posts by the Ukrainian state, and the power these open fascists have enjoyed since Washington installed a Western-aligned regime through a coup in 2014.

In fact, Zelensky’s top financial backer, the Ukrainian Jewish oligarch Igor Kolomoisky, has been a key benefactor of the neo-Nazi Azov Battalion and other extremists militias.

Incorporated into the Ukrainian National Guard, the Azov Battalion is considered the most ideologically zealous and militarily motivated unit fighting pro-Russian separatists in the eastern Donbass region.

With Nazi-inspired Wolfsangel insignia on the uniforms of its fighters, who have been photographed with Nazi SS symbols on their helmets, Azov “is known for its association with neo-Nazi ideology…[and] is believed to have participated in training and radicalizing US-based white supremacy organizations,” according to an FBI indictment of several US white nationalists that traveled to Kiev to train with Azov.

Igor Kolomoisky, a Ukrainian energy baron of Jewish heritage, has been a top funder of Azov since it was formed in 2014. He has also bankrolled private militias like the Dnipro and Aidar Battalions, and has deployed them as a personal thug squad to protect his financial interests.

In 2019, Kolomoisky emerged as the top backer of Zelensky’s presidential bid. Though Zelensky made anti-corruption the signature issue of his campaign, the Pandora Papers exposed him and members of his inner circle stashing large payments from Kolomoisky in a shadowy web of offshore accounts.

When Zelensky took office in May 2019, the Azov Battalion maintained de facto control of the strategic southeastern port city of Mariupol and its surrounding villages. As Open Democracy noted, “Azov has certainly established political control of the streets in Mariupol. To maintain this control, they have to react violently, even if not officially, to any public event which diverges sufficiently from their political agenda.”

Attacks by Azov in Mariupol have included assaults on “feminists and liberals” marching on International Women’s Day among other incidents.

In March 2019, members of the Azov Battalion’s National Corps attacked the home of Viktor Medvedchuk, the leading opposition figure in Ukraine, accusing him of treason for his friendly relations with Vladimir Putin, the godfather of Medvedchuk’s daughter.

Zelensky’s administration escalated the attack on Medvedchuk, shuttering several media outlets he controlled in February 2021 with the open approval of the US State Department, and jailing the opposition leader for treason three months later. Zelensky justified his actions on the grounds that he needed to “fight against the danger of Russian aggression in the information arena.” 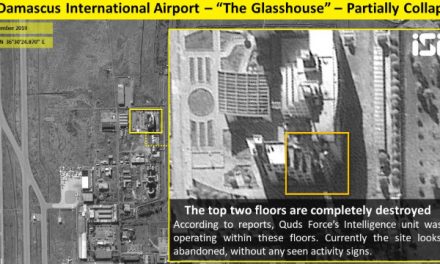 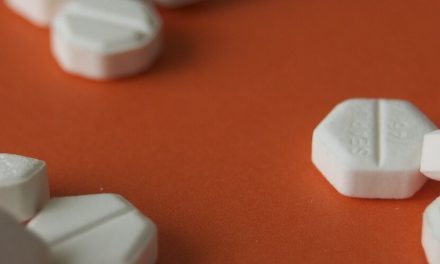