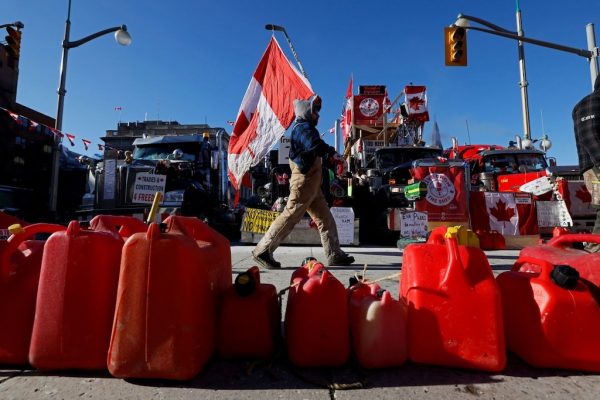 In October of 2021, I observed that “our governments are no longer legitimate.” I directed particular attention to the chaotic mess created in our country by Justin Trudeau once he decided in 2020 to transform the job of Canadian Prime Minister into that of National Vaccine Czar. See this.

Right now Trudeau is trying to take over Canada’s Parliament. In the words of US journalist Leo Hohmann, his goal is “essentially to declare himself supreme dictator over the nation on our northern border.” See this.

Many prominent voices are being raised to declare Trudeau’s invocation of the modern version of the War Measures Act to be both “unconstitutional and factually unsupported.” These voices are receiving mainstream coverage in the United States at, for instance, Newsweek and the New York Post. See this.Other voices are pointing out that there is an emergency in Canada but at the core of the real emergency is the treason of the Trudeau government. The Trudeau Liberals are trying to criminalize the actions of protesters whose goal it is to defend Canadian democracy as well as the rule of law. One marker of Trudeau’s disregard for the rule of law in Canada is his contemptuous disregard for the Canadian Charter of Rights and Freedoms. See this.

I have pointed out the irony of the obsessive addictions of our governments in Canada and throughout the world in making declarations of emergency. This pattern kicked in with a vengeance after 9/11 and then became even more outrageous beginning with the massive publicity showered on the celebrity virus beginning in early 2020.In the name of their false flag emergencies, governments have been granting to themselves many new powers, and then acting on their claims in ways that kill, maim, jail, and bankrupt people with a huge resulting destabilization of society as we have known it.

This massive and pervasive government overreach has been causing economic disasters, civil liberties disasters, astronomical suicides, medical disasters, education disasters and a plague of mental illness from the ruthless psychological warfare of media conglomerates often funded by the Bill Gates crime family. In light of all this I ask in my latest commentary published today, February 16, “Is Justin Trudeau Waging a War on the National Security of Canada and Canadians?” See this.

This article comes closely on the tails of my previous essay, “Trudeau and the Truckers.”

One of the major players in this coup being attempted by the Trudeau Liberal in in Canada is Chrystia Freeland. Freeland doubles as both Canada’s Finance Minister and as a top Board member of the Swiss-based World Economic Forum. She collaborates closely with Justin Trudeau and NDP Leader Jagmeet Singh who are also disciples of the WEF Founder Klaus Schwab WEF. Schwab and his Canadian kindergarten are seeking to impose a “Great Reset.”

We are now getting more proof that the Great Reset is, in its Canadian context, a power grab led by the Schwab/Freeland/Trudeau/Singh set of co-conspirators. The radical character of this power grab becomes especially clear from Freeland’s description of the new regime of terrorist banking laws being rushed into force. The assumption is made that the Truckers are terrorists, occupiers, and insurectionists who must be stopped through radical alterations in the structure of our core financial relationships in Canada. The bankers, it seems, are involved in this coup.

The Act would empower banks with huge new authorities to seize accounts of those customers who they suspect of being “terrorist” Truckers. The new powers could also be applied to the partners, friends, family, allies, and associates of those unilaterally declared to be Trucker terrorists by the bankers who are subject to no judicial oversight whatsoever.

This process of financially wrecking the targets of Trudeau’s war on dissidents can take place completely at the discretion of bankers who essentially are now being deputized to wage play a central role in the ascent to the emergency measures dictator. Like the makers of the deadly COVID injections, the Canadian bankers in league with Trudeau are to be indemnified in their new role as a financial police force. They can’t be sued by the victims of the reign of financial terror being pushed by Freeland and her WEF co-conspirators.

It is becoming increasingly clear that globalist forces including the WEF are directing the effort by the legacy media and government to smear and criminalize the large constituency that identify with the agenda of the Canadian Freedom Convoys. The Canadian brach of the global coup want to extend the US Biden regime’s preoccupation with ruining the lives of political opponents by smearing the descendants of the “Deplorables” as “domestic terrorists” and “White supremacists.”

Trudeau’s effort to institute the Emergency Act has no factual basis to back it up. The main supposed evidence being offered points to a police claim in Alberta about a supposed cell being of terrorists being discovered at the Coutts protest just south of Lethbridge where I live. A report from Global News lays out the claims of police along with pictures of the weapons that they claim to have discovered among the protesters. 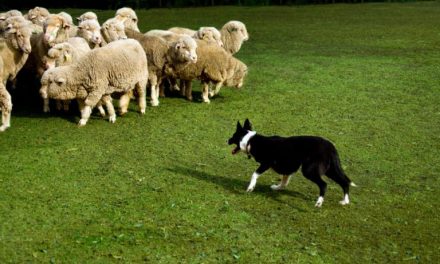 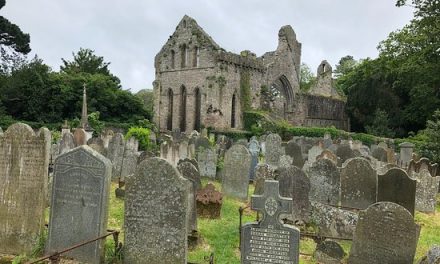