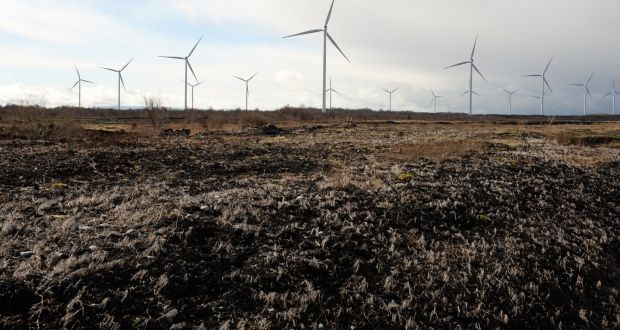 The results are plain for neighbours to see: wanton habitat and environmental destruction, all in the name of ‘saving the planet’, of course.

In Ireland, wind power outfits have been ploughing up and wrecking peat bogs, resulting in a filthy wake of destruction in their path. When one mudslide caused by wind farm construction operations unleashed a torrent of sludge and muck into a nearby river, the pollution wiped out thousands of fish. The Irish government copped a €5 million fine.

In Ontario, wind farm construction activities (namely the pile driving and excavations required for turbine bases) have destroyed once safe and reliable underground water supplies. Instead of crystal-clear potable water, locals have been left with a putrid, toxic sludge. Characteristically, the wind power outfits concerned (and their hand-picked consultants) denied and then lied about their responsibility for wrecking rural water supplies.

In Quang Tri Province, Vietnam dozens of wind farms are under construction, with turbines being planted on top of steep ridgelines that sit above fertile valleys. In high rainfall country, soil erosion, land and mudslides follow wind farm earthworks like night follows day. At one construction site, hundreds of thousands of tonnes of rock, mud and silt found their way down the mountainside, swamping the fertile valleys below and destroying farmers rice crops, in the bargain. So much for love thy neighbour.

The Irish, too, have had their fair share of less than neighbourly experiences with wind power outfits. Including, the destruction of Highland environments, with consequential landslides and flooding.

People living near two proposed wind farms in north Leitrim have expressed fears that the turbines will trigger landslides that could ruin their homes and cause major environmental damage.

However, a landslide on Shass mountain, near Drumkeeran in June, has led to calls to abandon the plans for both wind farms. Independent deputy Marian Harkin, who is part of a working group that was set up after the landslide, said it would be the essence of bad planning to permit these wind farms before the cause of that landslide was established.

The group has commissioned a study into the cause of the landslide and expects to receive it in the coming months. She said it was clear that there would be more landslides because of heavy rain and forestry plantations. Siting wind turbines on peatland sites was only asking for trouble: “It is critically important that we learn from these events, whether it be forestry or wind farms in the wrong places.”

Nuala McNulty, who runs the Tawnylust Lodge eco-tourism business at the foot of Dough mountain, said people had genuine fears that the erection of such large turbines could cause a major landslide. “The top of the mountain is upland bog and it is a fairly steep slope so there is real concern that if you disturb that, and then heavy rain comes, there will be a landslide,” she said. Some 18 turbines are planned for the site.

Lakes and rivers
“Climate change means more rain and storms and this area is already known for landslides,” she said. There was a large landslide at Thur mountain beside us in 2008, again in 2018 and yet another in August and it was unbelievable to see the stuff that came down. We are very worried for our homes and our farm animals but also for the damage it would do to the streams, lakes and rivers.”

Dough mountain is very rich in biodiversity but she said the turbines could chase that away. “I spend my mornings looking up at hen harriers circling around the mountain. We’ve had sightings of a very rare butterfly larvae – the marsh fritillary – up there and there are three really rare fish species in Lough Melvin. We have to protect what we have.”

She built her passive home 16 years ago and is interested in renewable energy but questions the long-term green credentials of wind turbines. “I would love to see a life cycle analysis of a wind turbine, from its manufacture, shipping to here, the building of roads to truck it up the mountain, the 500 cubic metres of concrete at the base of each one, the huge battery storage. And then after 20 years, they are finished and cannot be recycled. Surely there are more sustainable ways? We don’t want our children and grandchildren to turn around in decades to come and ask how did we allow this to happen.”

The height of the turbines is a major concern for residents near Corry mountain, where plans for Croagh wind farm are awaiting a decision from An Bord Pleanála.

‘Devastating pollution’
“These turbines are like nothing we’ve seen before,” said Adrienne Diamond who lives one kilometre from the proposed site, in the hills above Dromahair. She lives beside the Garvagh Glebe wind farm and pointed to the landslide that occurred when an access road was being built for the wind farm in 2008. “That was very serious. You see, it isn’t just about the construction of the wind farm and the turbines and the foundations. For the proposed Croagh wind farm there will be miles of giant roads leading up to it. I don’t think there would be landslides if the land was left alone. It’s when it is disturbed that these things happen. Landslides in the past have caused devastating environmental pollution to the local rivers and lakes, as all the waterways are interconnected.”

The existing turbines in the area are 50-100m tall but FuturEnergy Ireland is seeking permission for turbines of up to 170m tall. “There are only four such turbines in operation in Ireland. They are monsters,” she said. “From Arigna to the back of our farm, there are 103 smaller turbines. Leitrim has its fair share of them.”

She said locals also feared that the turbines would affect their tourism and farming businesses. With her partner, Graham Robertson, she runs guided canoe trips and a social farming business but said both businesses could be negatively affected by “the industrialisation of the existing beautiful landscape”.
Irish Times 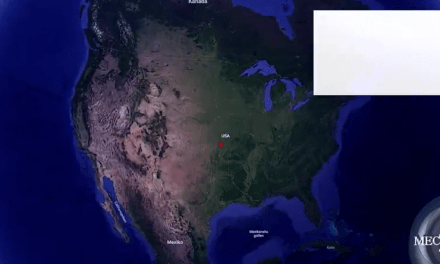 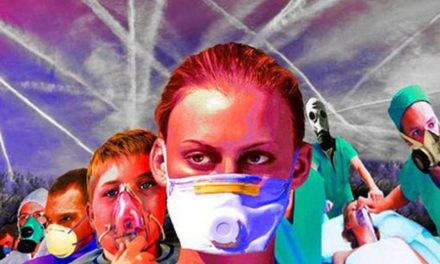 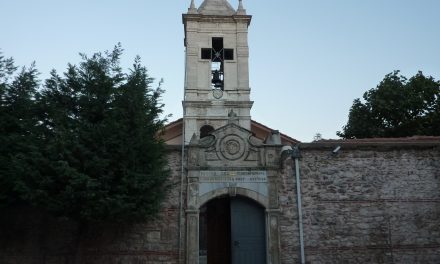