The Incidence of Cancer, Triggered by the Covid 19 “Vaccine”

Several months ago, we expressed at least “theoretical reservations” about vaccinating cancer patients or former patients who had been cured, because of the underlying mechanism of the gene injection on immunity.

Several geneticists had also expressed their concerns about the possible interference between active or dormant cancer cells and the activity of gene therapy on lymphocytes in particular.

Months have passed, and the vaccine madness has amplified, leading to the refusal of patients without a passport in hospitals (which, as is well known, are intended to receive only healthy people) and to the demand that patients be vaccinated  before receiving any treatment, including cancer patients.

We are in a world gone mad and yet these stories are multiplying, such as this young man of 22 years who had a chronic cough leading to an X-ray discovering a mediastinal mass. The two big Paris hospitals that received him refused to start the treatment (without it being explained in detail) if the patient refused the experimental injection, of absolutely unknown effects on the development of cancers.

The doctors’ justification? None: “that’s the way it is”, and we have accepted it!

Silence on the colleagues suspended for lack of obedience and even more on the objective reasons that made them prefer to lose their jobs, their remuneration, their houses, their families intolerant to these decisions as well, rather than submit to the presidential ukase to accept experimental drugs…

Would more than three hundred thousand caregivers (a figure that is probably highly underestimated given the number of hospitals and clinics currently forced to close beds and postpone interventions due to lack of personnel) be crazy, conspiratorial or delusional to the point of putting themselves in great personal, social, family, professional and psychological danger?

Have the doctors who claim that vaccination is safe taken the time to look at the statistics of the effects reported and accepted by the official agencies? Are the FDA, EMA, MHRA also “conspiratorial” when they release statistics as in the case of VAERS, which is entity of the CDC:

Or Eudra Vigilance pharmacovigilance body of the European Medicines Agency

Or even the ANSM, our French agency, which shows more than 1200 deaths accepted as at least possibly related to these experimental injections.

All therapeutic trials for fifty years were stopped after a few deaths for investigation (53 deaths stopped the H1N1 vaccine). Here, thousands of deaths throughout the world and children are shamelessly attacked[2]. How can we continue to believe that this is a health policy?

Why this denial of the most solid sects on the part of theoretically educated doctors, capable of obtaining information directly from reliable sources and equipped with a brain?

Fear of the boss, of the director, who in a few months’ time will inevitably be called into question, since many countries are backtracking and even Germany wants to get out of vaccine terrorism, perhaps on the occasion of Mrs Merkel’s departure[3].

“The leading organizations of contracted physicians in Germany are demanding an immediate end to the “anti-corona” measures and an end to the “horror rhetoric and panic politics”. Obviously, French hospital doctors in Paris and elsewhere do not read German newspapers and are terrorized by the threats of their professional association, their minister, and become kapos[4] and terrorize their patients.

More and More Testimonies are Coming In

Whatever their unacceptable reasons, testimonies are multiplying.

A young girl accompanies her friend to her mother’s funeral… such a mother, mother of a high school friend, 34 years old, in remission from breast cancer for two years, who is injected with the vaccine and collapses a few days later in a coma and dies after three days of hospitalization… Politically correct explanation: the cancer exploded and took her away. Close the chapter and the coffin.

What would Maigret have said? [Historic Police Investigator]

But too many coincidences shock the police investigators in front of a corpse. Only doctors would not have the right to think about coincidences of time, for example: “temporality” is their key word…

Like the misleading slogan, “the numbers are always right”. Yes, if they are true and observed in the real world.

But how much confidence can we have in the rigged simulations that the government and the media feed us without ever specifying that they are only predictions or estimates? 5] But one can do what one wants with the figures, when one chooses them, or creates them to justify the chosen hypothesis, and the the results are totally blurred.

In any case, as far as “cancer and gene injection” is concerned, the vagueness unfortunately dissipates in front of the multitude of terrible stories.

From the colleague who sees multiple “balls” appearing under her armpits, which the check-ups in the hospital do not explain… Obviously no possible link with the vax. And yet the ganglions that appear some time after the injection are a frequent observation after these vax.

So clearly there seems to be three situations:

Beyond the testimonies that are pouring in from relatives and friends and on social networks, a Swiss newspaper has finally addressed the subject in a broader way.

Here are some excerpts from their article[6] and their references[7]:

“Can covid vaccines cause cancer?

In some cases, the answer seems to be yes. Certainly, there is no evidence that the covid vaccines themselves are carcinogenic. However, it has been shown that in up to 50% of vaccinees, covid vaccines can induce temporary immunosuppression or immune dysregulation (lymphocytopenia) that can last for about a week or possibly longer.

Furthermore, covid mRNA vaccines have been shown to “reprogram” (i.e., influence) adaptive and innate immune responses and, in particular, to downregulate the so-called TLR4 pathway, which is known to play an important role in the immune response to infections and cancer cells.”

Thus the authors conclude that it is quite possible that these immune changes could have unintended consequences on the condition of the recipient of the gene injection. A matter of common sense indeed!

“Thus, if there is already a tumor somewhere – known or unknown – or if there is a predisposition to a certain type of cancer, such a state of vaccine-induced immune suppression or immune dysregulation could potentially trigger sudden tumor growth and cancer within weeks of vaccination. It should be noted that lymphocytopenia was also frequently observed in cases of severe covid.

“Vaccine-induced temporary immunosuppression is also a factor that may contribute to the post-vaccination spike in coronavirus infections seen in many countries.”

There are already a few thousand observations in official adverse event reporting and online patient groups. There are certainly true coincidences or diagnostic delays due to delayed diagnosis related to containment. But we should not dismiss the huge problems that these real people affected in their daily lives and even more the responsibility that cancer doctors take by imposing the injection before any treatment or protocol continuation. Their main argument: “we did it right, without discussion” does not seem worthy of a once thoughtful profession.

In August 2021, Dr. Ryan Cole,[8] an American pathologist for many years, described a significant increase in certain types of cancer (e.g. endometrial cancer, uterine cancer) since the beginning of the covid mass vaccination campaign. More recently, German pathologists have also noted the problem of post-vaccination immune dysregulation and sudden tumor growth in some patients.

On the French networks, several testimonies coincide with the reappearance of vaginal hemorrhages in women over 85 years of age leading to the diagnosis of endometrial cancer and rapid death… The spike protein produced by the body following the injection is particularly attracted to the genitals, and this would be a new demonstration of this. 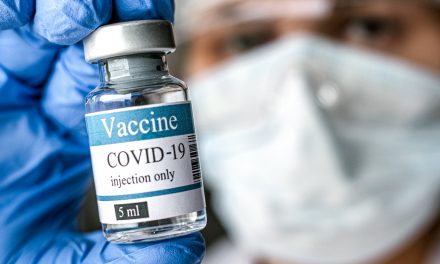