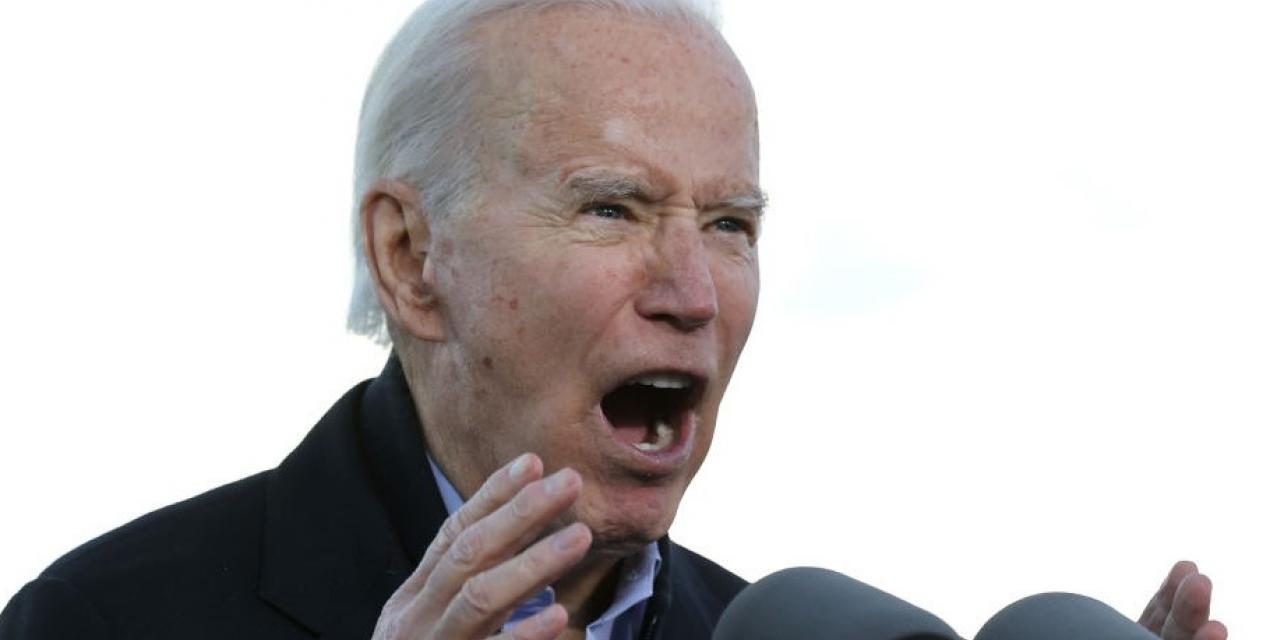 The Biden Administration has proposed what it calls a $2.3 trillion “infrastructure” legislation which it calls the “American Jobs Plan.” Far from addressing the huge deficit in America’s highway, bridges, railway, electric grid, water supply and such economically vital infrastructure that would address critical problems in the functioning of the economy, the Biden planners have cynically taken a politically popular word, “infrastructure,” and packed hundreds of billions of dollars into economically wasteful, destructive initiatives having more to do with the Green Agenda than rebuilding a healthy economy. If passed, it will have negative consequences for the world’s once-leading economy with serious geopolitical implications . ”

In March Biden signed another huge extra-budget bill, the $1.9 trillion “American Rescue Plan.” That one was allegedly to aim at dealing with the impact of COVID. The bill dealt in fact with almost everything but COVID. The act is a grab bag of partisan pet projects. Among other things the act provided $12 billion for foreign aid; $15 billion for health care for illegal immigrants; $112 billion for welfare benefits and a generous $350 billion for Democrat-run states. Less than 10% was directed at COVID relief measures. In politics how you frame or package a bill is more important than the true content. Critics claim these huge spending bills are aimed at buying a future Democratic voter base with government handouts.

No surprise then that now the Biden team has rushed another multi-trillion bill to Congress. The $2.3 trillion American Jobs Plan is a bill where way less than half of the measures have to do with conventional infrastructure investment in roads, rails, electric grids, water supplies, ports or airports—all the areas essential to the efficient functioning of the economy. A total of $750 billion or only 32% of the total actually goes for infrastructure such as highway or bridge repairs. Yet even that total includes only $115 billion of real infrastructure for highways, bridges, and surface streets. But the $750 transportation infrastructure section proposes $174 billion for more government subsidies for Green Agenda electric vehicles in what might be called a “make Elon Musk richer” subsidy. The White House fact sheet says that this will help make the US more competitive with China’s electric cars. But the best selling E-car in China today is Musk’s Tesla. That $174 billion is far more than the total $115 billion earmarked for real highway, bridge and transportation infrastructure spending. Yet the White House promotes the bill by referring to the need to address America’s crumbling highways and bridges as though this was what the bill is focused on.

The Biden bill defines pretty much everything as “infrastructure.” His American Jobs Plan calls among other items for spending on what it terms “care infrastructure.” They define this as $25 billion to upgrade child care facilities and $400 billion expenditure on care for the elderly and disabled, spending which might be justifiable, but not as “infrastructure.”

Buried in the text of the bill’s $100 billion to go to electric grid modernization and another $27 billion for something called a “clean energy and sustainability accelerator,” is a proposal that would extend generous tax credits to promote solar and wind energy alternatives to reach “zero carbon” electricity by 2035, a ruinous idea. It has been estimated that to make US electricity 100% carbon free, it would require a staggering 25% to 50% of all land in the United States. Today’s coal, gas and nuclear grid requires 0.5 percent of land in the United States. Clearly Biden’s Green jobs plan is hiding a far more sinister agenda.

What the Administration also hides is the fact that it would be a huge boon to China which has a global near-monopoly on production of solar panels, and Denmark or Germany which make most windmill turbines today. Those do not create American jobs as Biden Climate Czar John Kerry once claimed. Ironically, the Biden Administration sees Germany as the model, the place where the Merkel green energy program has created the highest electric costs in all Europe.

Then the Biden bill proposes $10 billion to create something called a “Civilian Climate Corps,” something that deliberately sounds like Roosevelt’s Depression era Civilian Conservation Corps, but with Green New Deal politically correct “woke”update. The White House says that it will “put a new, diverse generation of Americans to work conserving our public lands and waters, bolstering community resilience (?), and advancing environmental justice (whatever that means-w.e.) through a new Civilian Climate Corps.” No doubt in Biden-Harris America that has something to do with race and gender, but not with infrastructure.

Another $20 Billion should go “to Advance Racial Equity and Environmental Justice.” Apparently that means destroying existing highway infrastructure in cities where it is claimed to divide neighborhoods racially. Further an impressive $213 Billion will go to build or retrofit 2 Million Houses and Buildings. Then it adds another $40 billion for public housing, arguing this will “disproportionately benefit women, people of color, and people with disabilities.” For anyone familiar with America’s inner-city public housing ghettoes, this is hardly positive for the people who should live in the places.

In one of the most curious “infrastructure” proposals, Biden would spend $100 billion for New Public Schools and Making School Lunches “Greener.” This comes just after the COVID bill in March gave an unprecedented $128 billion for public schools. The American system gives control over education to local municipal governments and not the Federal government, leading some to suggest the agenda of the Biden crew is imposing a stealth Federal government takeover of public school education. What the Biden people mean by “green lunches” includes “reducing or eliminating the use of paper plates and other disposable materials.” Presumably that includes eliminating plastic knives and forks, leaving the children perhaps to eat with their fingers?

And, for good “infrastructure” measure, more billions will go to “Eliminate ‘Racial and Gender Inequities’ in Science, Technology, Engineering, and Math (STEM) research and development.” How that helps America’s crumbling basic infrastructure is not made clear.

All this $2.3 billion grab bag of mainly Green Agenda projects will be financed by the largest tax increases since the 1990’s as well as a wider Federal deficit.

The entire Green New Deal and UN Agenda 2030 is a fraudulent cover to deliberately deindustrialize not only the United States, but also Europe and the entire industrialized world. No economy in history outside of damages of war or depression has deliberately gone from a more energy efficient infrastructure to a lower one. Notably China, while pledging agreement, also says it will comply with Net Zero Carbon, but only ten years after the US and EU, by 2060. Right now they are adding new coal plants at a rapid pace.

The real infrastructure deficit in the US economy is in hundreds of thousands of miles of national Interstate highways. As well, a deteriorating electric grid is made more vulnerable by forced purchase of high-cost unreliable solar or wind energy.

In March the American Society of Civil Engineers released its analysis of US infrastructure, before the Biden $2.3 billion proposal. The report evaluates the state of bridges, roadways, public transit, ports, airports, inland waterways, water supplies. It does so every four years. They estimate that a total of at least $6 trillion is needed to repair or fix America’s deteriorated infrastructure. This is basic infrastructure, not Green Agenda. The report notes that infrastructure that brings clean water to major cities, as well as thousands of miles of wastewater pipelines, sewer systems built decades ago, are badly in need of renewal. The report adds that the drinking water infrastructure system, some 2.2 million miles of underground pipes, is ageing and badly in need of renewal. Local water utilities are replacing some 1% to 5% a year, far too little, due to lack of funding.

The ASCE report notes that of the 617,000 bridges across the United States, “42% are at least 50 years old, and 46,154, or 7.5% of the nation’s bridges, are considered structurally deficient, meaning they are in “poor” condition.” Alone the backlog of urgently needed bridge repair would require $125 billion. And they estimate that over 40% of the nation’s roads and highways are in poor or mediocre condition.

This is just a partial indication of the huge deficit in real economic infrastructure needed to maintain and improve the economic performance of the US economy. The fact that the Green Agenda of the pro-global warming Biden Administration is misusing popular calls for maintaining this basic necessary infrastructure in favor of inefficient and destructive Green and other schemes will mean that the economic foundation of the United States will weaken at an accelerated pace. Some influential circles such as BlackRock apparently want this. Biden’s two senior economic advisers are from BlackRock. Brian Deese, head of green or sustainable investment (ESG) at BlackRock, is director of the National Economic Council, and Adewale “Wally” Adeyemo, former chief of staff to BlackRock’s CEO Larry Fink, is Deputy Treasury Secretary under former Fed head Janet Yellen. BlackRock, the world’s largest investment firm with more than $9 trillion under management, is a lead player in the Davos World Economic Forum Great Reset agenda and clearly, in the Biden “infrastructure” agenda. 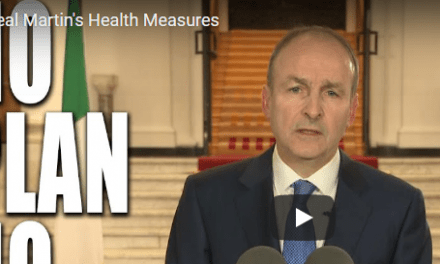 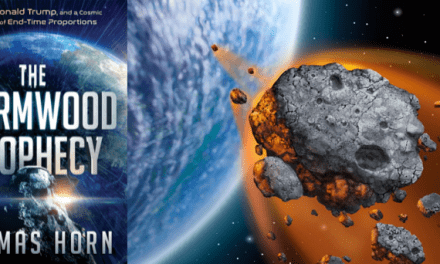 Wormwood Harbingers – Why Are So Many Asteroids Having Close Calls With Earth? 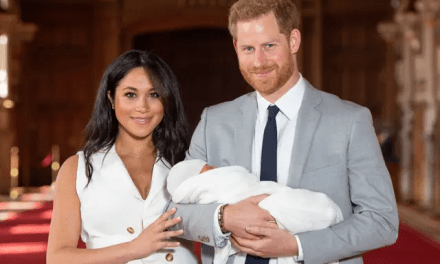 Prince Harry: the Epitomy of the Deracinated White Male 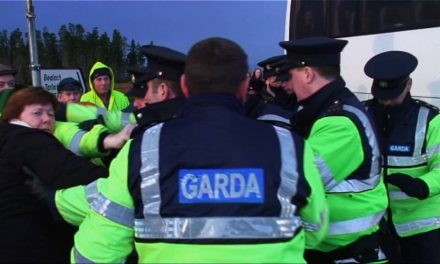