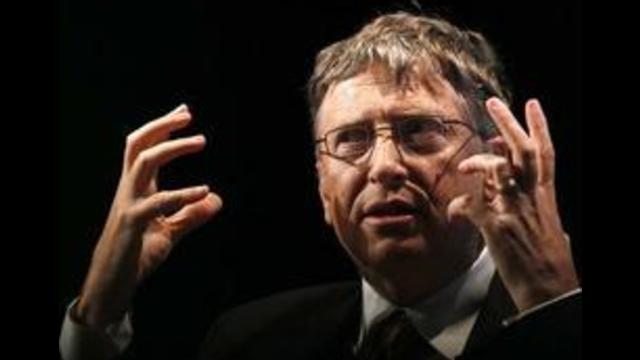 Bill Gates has always been hailed and promoted by the mainstream media as some kind of philanthropic god intent in saving us all from ourselves due to our own uneducated behaviour patterns, whereby we ignorantly go about our lives oblivious to the dangers we pose to the planet and each other.

Gates’ arrogant answer to the stupidity of the unwashed masses is to impose his ideology and lunatic ideas upon humanity in general, whilst he further enriches himself in the process of inflicting global terrorism on us all.

This is an unelected, college dropout who couldn’t read a nursery rhyme without an autocue machine even if he could work out how to switch it on.

The evil ‘genius’ of Gates is that he doesn’t have to switch the machine on himself; there are plenty of fawning minions desperate to please their paymaster, such as The Guardian and the BBC who are substantially funded by his ‘charitable’ Bill & Melinda Gates Foundation.

But now it seems that he’s being somewhat thrown under the proverbial bus with his previously denied relationship with notorious convicted pedophile Jeffrey Epstein being exposed more and more, even by his ‘estranged’ wife, (although I prefer to think of her as simply strange and just as evil as her strange husband) and the mainstream press who are starting to backtrack on their glowing admiration for this diabolical pervert. I use the word ‘pervert’ not in a sexual sense as that hasn’t been proven, yet, but in the sense of the perversion of science which he has promoted incessantly on many fronts over many years.

His most recent activity in the field of pure evil has, of course, been ‘vaccines’ and this is where his ideology and hypocrisy are so evident that if he could hypothetically speak to an unvaccinated stray dog in the street to promote vaccination in the same way he discusses it in the human world, even it would understand that through ‘vaccination’ Gates would be intent on mass murder of the canine community. The dog would be put in a fight or flight mode and either run away at a very brisk pace or rip out Gates’ throat… The latter would be my own personal preference.

Gates tells the world that he is on a mission to eradicate ‘preventable’ infectious diseases through global vaccination programmes. He activities in Africa and India in particular have come to light more publically recently and it has been proven that he has caused massive death and permanent injury to hundreds of thousands of innocent children on just these two regions where he has used his immense corrupt wealth to bribe government officials to allow him to experiment on their citizens. It is even admitted by the WHO that the only form of polio now circulating in these regions is ‘vaccine derived’ through the evil doings of Gates’ funded organisations.

Of course, Gates is the funder in chief of the current crop of experimental genetically modifying concoctions being fraudulently promoted as ‘vaccines’ by this criminal and his coterie of paid off mouthpieces. And yet, there are still a majority of people who have willingly and ignorantly rolled up their sleeves to be injected with this poison with no degree of trepidation or doubt in their minds that they are somehow protecting themselves and their loved ones. This despite the stated fact by those in positions of authority who we’re all supposed to believe are “following the science”, whatever ‘the science’ means, that these toxic witch’s brews do NOT protect from infection or prevent transmission.

It should be pointed out that just because you reduce or mask the symptoms of a disease, that disease is still working inside your body. You just don’t experience the symptoms. So if it is a deadly disease, as we’re told Covid-19 is, it may still kill you anyway.

Maybe Gates is right in one respect… People really are too stupid to understand what’s being done to them, even when he tells them he’s going about the job of killing them. Skip to 1 minute 50 seconds if you want to skip the CO2/Manmade Global Warming pseudoscientific garbage being used by Gates and his criminal cabal as the excuse for a human cull.

It should also be noted that Gates, through his father’s and his own personal association with the biggest abortion provider on the planet, Planned Parenthood, the Gates family are directly responsible for the millions of abortions carried out annually by this death cult and other affiliated organisations worldwide. Gates’ father was even on the board.

So when Gates talks about reducing the population “by 10 to 15% using new vaccines and reproductive services” he is openly talking about either sterilising or killing people with vaccines and abortion.

Enter Covid-19 mRNA ‘vaccines’ and the plot is underway. There is no ‘conspiracy theory’. There is simply a conspiracy of massive planning and proportion with Gates being used as one of the prime talking heads for his paymasters. But in my humble opinion, what we’ve seen from the mainstream media of late, he may have outlived his usefulness and is now viewed as a liability. And he thought he was in the gang. I did say he wasn’t that smart.

Gates is no stranger to pseudoscience

Gates claims that he’s an environmentalist and yet he has mansions all over the world and a private jet at his beck and call to move around the planet whenever he wants emitting what he says is the deadly CO2 gas killing our planet. Other of his ilk, such as his friend Al Gore, are similarly hypocritical when it comes to their own lifestyle choices.

The great ‘environmentalist’ Gates is so concerned with saving human lives, I hope you understand the sarcasm by now, that he, partnered with The Pentagon, decided that they want to stop rare viral infections in Florida from mosquitoes by releasing genetically modified mosquitoes to wipe out the native varieties.

To call this insane is an understatement. The effects on the natural environment, which again Gates claims to be trying to save, are unknown. Mosquitoes are a food source for many species including bats, dragonflies and fish who feed on the larvae. These are natural predators who deal with large amounts of mosquitoes on a daily basis. What will happen to the genetic makeup of these creatures as they consume foreign genetic material as food and other species as they themselves are consumed by creatures higher up the food chain? An environmental disaster has been unleashed with no heed given to the will of local residents who have campaigned against such lunacy and will no doubt be the victims of it.

Is mass vaccination/execution the real goal?

Gates has promoted the idea in the past of using mosquitoes as vaccine delivery vehicles.

There is an obvious flaw in this lunacy which perhaps Gates even understands, that being the fact that there is obviously no limit to the amount of times these creatures will bite someone. How many doses will a person receive? At what point are there enough bites to kill you through overdosing on whatever cocktail of poison is in these creatures? How will you ever know what they’re actually injecting you with? Will they mutate further?

As noted above, Gates is clearly not interested in saving human lives. His primary focus has always been to eradicate large numbers of the human herd.

Gates is going for your food

Gates has recently become the biggest landowner in America but has also bought prime farmland in other parts of the world. He has no interest in farming other than to reduce capacity for farming and to profit through that land to the tune of yet more millions of dollars into his coffers through the carbon credit scam which he is also involved in.

The only ‘farming’ Gates is likely to promote is genetically modified crops or perhaps insect farms for us plebs to consume while he and his cronies enjoy prime beef and the best of accompaniments.

If the sun is not a factor in global warming, according to the church of climate change, why does Bill Gates want to block sunlight to save the planet warming?

Another element of Gates’ pseudoscientific fantasy will also inflict immense damage on traditional farming as he seeks to block out the sun by spraying toxic chemicals into the atmosphere. Of course, anyone with eyes to see has witnessed this phenomenon going on for at least the past 20+ years and so it is nothing new; it’s just now being admitted to.

In an age where the worst winters on record in many parts of the world have just transpired, the planet is clearly cooling and it would seem, according to official sources, that a Maunder Minimum (low solar activity) is looming on the horizon.

Farming, particularly in the Northern hemisphere, is at risk of vastly reduced productivity with food shortages a real possibility. Farming has already been devastated over decades, particularly in Europe with the Common Agricultural policy of the EU basically wiping out vast amounts of food production through payments to farmers to grow nothing. They have since become heavily dependent on these payments to the extent that there is now no possibility of farmers actually doing their job of providing food for their respective nations thus leaving them totally vulnerable to predictors like Gates and his globalist cabal of genocidal maniacs to scoop up their farms at bargain basement prices when the bribery slush funds are withdrawn and farmers become bankrupt.

Kissinger is a wanted war criminal and associate of Gates. Hopefully Gates will soon be charged with crimes against humanity himself and reaps what he’s sown.

But it’s not only the food supply which should be of concern. The quality of such food is also essential to the survival of the human species and yet that is also under attack by those at the United Nations.

They also want us all to eat insects to ‘save the planet’ whilst Gates is also involved in fake meat produced in laboRATories.

Gates project, ‘Beyond Beef’ is quite literally beyond belief but therein lies the lunacy behind the front of philanthropy.

There are many other aspects of madness in the minds of Gates and his coterie of sadistic, genocidal, humanity hating control freaks which should make any average human being, at the very least suspicious of his intentions if not outright enraged by his outright hubris and godlike belief in his own warped goals.

People like Gates have no qualms, no conscience and no respect for humanity. They are manipulative, predatory psychopaths. They have no concern for the rights of each and every one of us and certainly no concern to the damage they cause to any form of life on our planet or to the planet itself; the environment we all live in.

They are hypocrites and tyrants in orders of magnitude which would make history’s most brutal dictators look like choirboys.

There’s only one way to save humanity and that is to eradicate those who promote, inflict and spread their diabolical evil and venomous ideology on humanity and our planet.

There needs to be a Nuremburg trial for each and every one of these sadists.

Gates would be a good start. 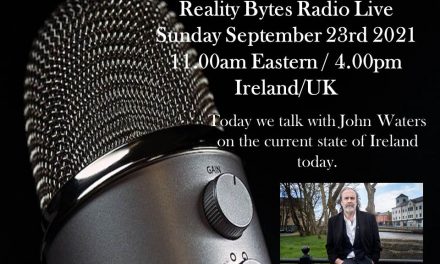 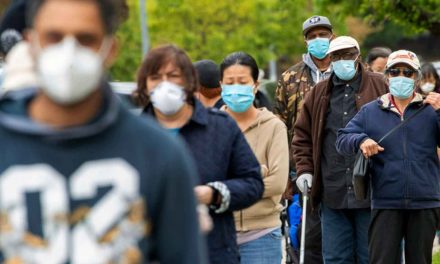 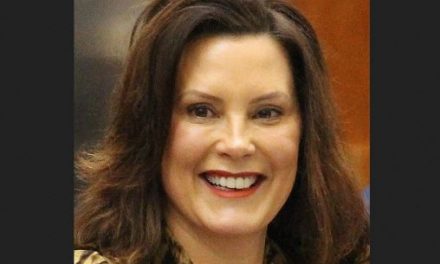