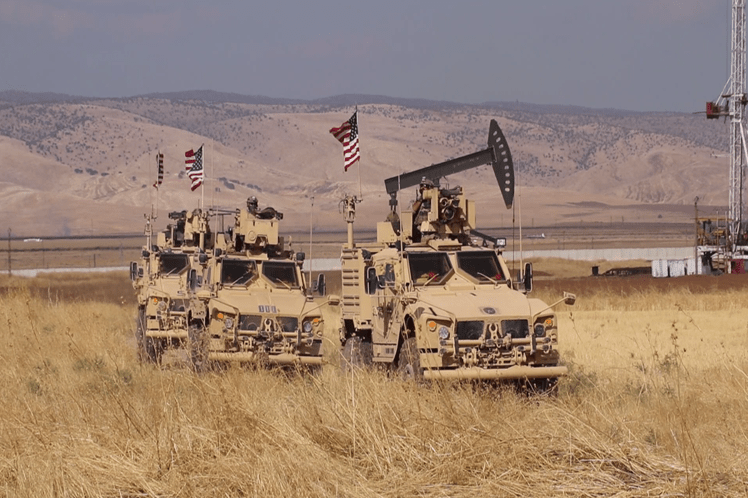 The Syrian people are well aware that they must persist in defying Western aggression if they are to avoid the total collapse inflicted on Afghanistan, Iraq and Libya by the Americans and their accomplices.

“ Strategic Culture Foundation“- ” Irish peace activist Dr Declan Hayes explains what’s at stake in Syria’s forthcoming presidential election this month. He predicts incumbent President Bashar al-Assad will win re-election from having strong popular support because the Syrian people view this defiance as their best way to repel the American-led NATO covert war on their nation. The covert war for regime change has been defeated in the battlefield by the Syrian Arab Army and its allies, principally Russia. Peace prevails in much of Syria. However, as Hayes explains, the United States and the foreign enemies of Syria are stepping up economic warfare through sanctions and the looting of resources. The objective is to “keep Syria off balance”. The hostile Western agenda towards Syria fits into a bigger geopolitical picture of the U.S. and its allies trying to destabilize Iran, Russia and China. As Hayes points out, the Syrian people are well aware that they must persist in defying Western aggression if they are to avoid the total collapse inflicted on Afghanistan, Iraq and Libya by the Americans and their accomplices.

Declan Hayes is a retired British university lecturer. He has travelled to Syria many times during the decade of war where he documented the reality of the Western covert terrorist aggression, contradicting the Western media narrative that sought to demonize the Syrian government while lionizing illegally armed militants as “pro-democracy activists”. He was the only Western observer present when the Syrian Arab Army liberated the ancient Christian city of Maaloula from NATO-backed militants in April 2014. Hayes has facilitated visits to Ireland by Syrian religious leaders who have explained at public meetings what the real nature of the war is about, and how Western governments have tried to foment sectarian divisions among the Syrian population. Hayes has also organized direct humanitarian aid from Ireland to communities in Syria providing life-saving medical operations for countless children. For his endeavors, he has been labelled in the British corporate media as an “Assad apologist”, a “dangerous extremist” and a “Putin apologist”. Labels which he considers to be “medals of honor”.

Question: The Syrian Arab Republic is holding presidential elections on May 26 with two candidates now officially declared who are contesting the re-election bid by incumbent President Bashar Hafez al-Assad. Who are these two challengers and what are their main policy differences with President Assad?

Declan Hayes: Aligned against President Assad are former deputy cabinet minister Abdullah Salloum Abdullah, and Mahmoud Ahmad Mar’ai, neither of whom have the support of the ruling Ba’ath Party, which is embedded in Syrian civil society and which the Western powers had no great problem with prior to the start of the ongoing crisis, which will be the election’s focus. It is the policies of the Ba’ath Party regarding the crisis and the Covid-19 pandemic which will determine the election’s outcome.

As regards the spurious charge that Syria is a one-party state, so too has the American state of Illinois since the days of Al Capone but the NATO military alliance is not bombing them.

Syria is, in fact, a multi-party state. The Syrian Social Nationalist Party (SSNP), which was thoroughly repressed in 1955-56, allied itself with the Palestine Liberation Organization, and the Lebanese Communist Party. Over 12,000 of the Eagles of the Whirlwind, the SSNP’s armed branch, have fought alongside the Syrian Arab Army against Islamic State (ISIS) and NATO’s other “jihadi” proxies. They, therefore, do have a formidable political presence. Like other legitimate opposition parties, being patriots, they prefer to save their country rather than sell it off piecemeal to NATO’s carpetbaggers.

Question: Western governments and media disparage Syria’s elections as not being “free or fair”. How do Syrian citizens view their nation’s elections?

Declan Hayes: Because Western governments and media have a habit of disparaging elections they disagree with, whether they be in Russia, Venezuela, Bolivia, Iran, Gaza, Lebanon or Syria, they have no credibility in such matters. And Syria’s people are well aware of the Western hypocrisy.

Question: President Assad appears to retain strong popular support. Is that support due to the Syrian people viewing him as a courageous and principled leader during the last 10 years of war?

Declan Hayes: I was an observer at the 2014 presidential election and I was amazed to see voters lining up at 6am in Damascus to vote. Later that day, I was in the old city of Homs, which had only been recently liberated from the terrorists, who had the BBC’s Paul Conroy and the late Marie Colvin whitewashing their war crimes, which included the ritual execution of Dutch Jesuit priest Frans van der Lugt only days before the Syrian Arab Army liberated it. Despite the city being little more than a pile of rubble, Homs’ network of civil society groups was firmly behind their liberators, the Syrian Arab Army and Bashar al-Assad, the candidate who best exemplifies their defiance, and their desire to live in peace and in freedom. In 2014, Assad won with over 88 percent of the national vote.

Although the Syrians have suffered unspeakably as a result of NATO’s criminal sanctions and the unjust war NATO continues to wage against them, they have no choice but to back their president and their army until they regain their freedom from NATO and its satellites.

NATO’s favored candidates are but concoctions, as they were in Iraq and as they are in Bolivia and Venezuela, puppets and charlatans at best, dangerous war criminals at worst.

Question: Western governments accuse Assad as being a “war criminal” who has waged a civil war against opposition groups thereby bringing disaster to Syria. By contrast, the Syrian government maintains that the nation has been subjected to foreign aggression led by the United States and other Western powers who deployed terrorist proxies for the criminal objective of regime change. How do most Syrian people explain the catastrophe that has engulfed their country over the past decade? Do they share the view that the disaster has been fomented by foreign-backed aggression?

Declan Hayes: To see how ludicrous such charges are against President Assad, one need just recall that The Economist magazine branded Asma, his wife, as a warlord. Even if we forget for a moment that Asma Assad is a woman and therefore that she cannot be a lord, the charge against Syria’s First Lady helps show how ludicrous all such charges are. Irish independent European parliamentarians Mick Wallace and Clare Daly raised the suicide bombing of children in Idlib and the suicide bombing of kindergartens in Homs in the Irish Parliament – war crimes instigated and committed by Irish passport holders – and the Irish government and its EU overseers refused to act. These foreign British, Irish, French and American jihadists have been exposed time and again and, instead of being called to account, they are lauded in the British, Irish, French and American Parliaments, whose members are not concerned with war crimes but with securing their share of the spoils. The Western colonialist rape of the Fertile Belt (Lebanon to Iran) is no different from the 19th-century Western colonialist rape of Africa.

The Syrian people know all of this. They have heard the testimonies of the six million internally displaced and of their own relatives who have served in the Syrian Army. They have spoken to the maimed and the gang-raped, the victims whom the West silences because the truth does not fit the Western narrative. Though they know the West is responsible, they can do little more than vote for Assad and, therefore, for their defenders, the men and women of the Syrian Army.

Question: How bad are the socio-economic conditions in Syria? There are worrying reports of shortages of food, fuel and electrical power.

Declan Hayes: Things are dire. Electricity supply is often down to an hour a day. Food is scarce as the Israelis and Americans are attacking merchant shipping relieving the siege of Syria’s civilians. A Yankee dollar currently gets you 1,300 Syrian pounds compared with 350 only three years ago. The financial crash is because NATO’s economic terror campaign has destroyed not only Syria but the banks in Lebanon, where most Syrian reserves were stored. Syrians are barely hanging on as the West and their aid agencies starve them out, steal their resources and deny them medicines and Covid-19 vaccines.

Question: Do most Syrian citizens see the economic hardships being a result of Western sanctions? Has the general deprivation made Syrians more defiant towards external interference in their country?

Question: How is the security situation in most parts of Syria now? There are reports of sporadic terror attacks. Do most Syrians feel the war is over?

Declan Hayes: The Syrian Army and their allies won the war, not least because the war was a lie and a fabrication from its very beginning. This can be evidenced by the peace now prevailing in Damascus, Aleppo, Homs, and other cities, towns and villages across Syria. Idlib in the northwest would also be at peace, save for the malign intervention of the USA and Turkey. The spates of ISIS-style terrorism in the Syrian desert is a direct result of the USA’s collusion with ISIS to ensure Syria stays off balance.

Question: The Western governments and media portray the Syrian Arab Army as a repressive tool of the “Assad regime”. How do Syrian people view the role of the army during the past 10 years of war?

Declan Hayes: The Syrian Arab Army are the saviors of Syria. They have been so preoccupied fighting the more than 500,000 foreign terrorists NATO sent into Syria that they have had no time to oppress anybody in real or even in virtual time. The idea is as ludicrous as claiming the British Army oppressed London during World War Two.

Question: How do Syrians view the role of Russia and its military intervention to support the Syrian state?

Declan Hayes: All Syrians know that Russia saved Syria from suffering the same American fate as Libya and Iraq. Though some Syrians might favor Russia over Iran, or vice versa, such issues could be important if Syria was allowed to live in peace and free from NATO’s constant attacks. The hope has to be that Assad’s re-election will bring that day nearer.

Question: There are credible reports of U.S. military forces running truck convoys of stolen oil and wheat into Iraq from the eastern part of Syria where the Americans occupy. What is the purpose of this contraband? Do Syrian people view it as brazen imperialist theft?

Declan Hayes: This is, as former U.S. President Donald Trump candidly admitted regarding Syrian oil, not only brazen imperialist criminal theft but it is a continuation of how Turkey looted all the Syrian lands that their terrorist proxies controlled. Not only did Turk-backed militants steal entire factories in Aleppo but they uprooted and stole train tracks and, as I saw in the Armenian town of Kassab, they even stole children’s toys and the copper handles of the doors. The Armenians had to sell the cars they fled in to pay for beds to sleep in and chairs to sit on. The Americans are simply streamlining and legitimizing such looting. 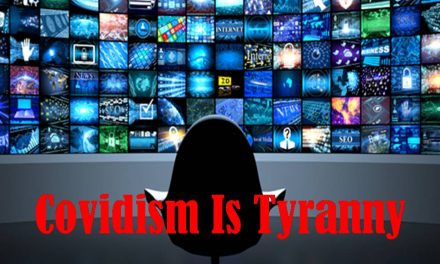 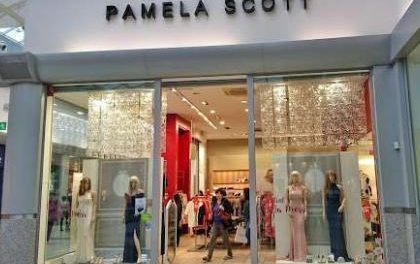 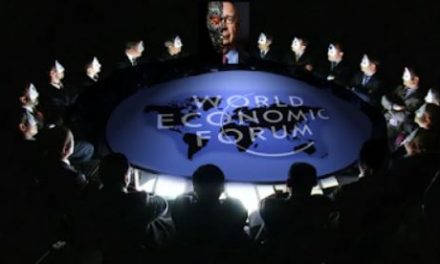