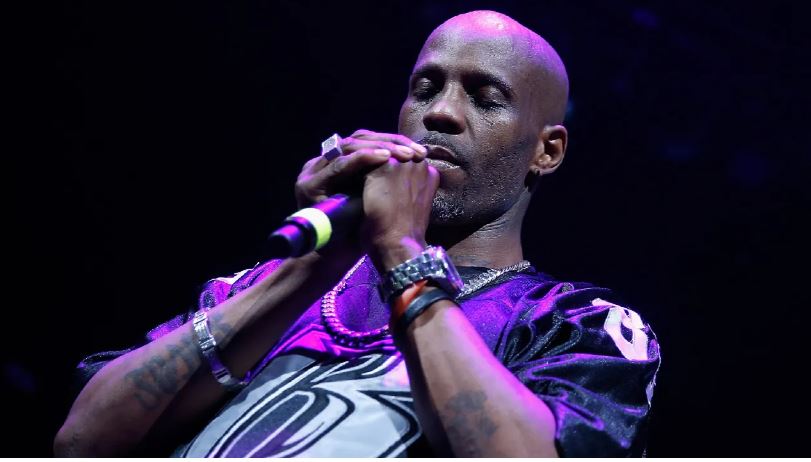 The rapper DMX was a vocal critic of the music industry and constantly warned people of its shady ways. From the looks of it, DMX paid dearly for his transgressions.

DMX was a rare figure in popular culture. Despite his enormous success (over 74 million albums sold), the rapper became a vocal critic of the music industry and grew to hate everything about it.

DMX was also vocal about another aspect of his life: His Christian faith.

So when I learned that DMX was hospitalized on Good Friday (after a Holy Week that was characterized by satanic industry madness), I was troubled by the irony of the situation. While I was rooting for him to “come back from the dead” on Easter Sunday, DMX sadly passed away on April 9th, at 50 years old.

Immediately after his hospitalization, the celebrity gossip site TMZ reported that DMX suffered a heart attack due to an overdose. However, this report was not confirmed by people close to him and the autopsy report is not yet available.

Citing other sources, the other gossip site MediaTakeOut tells a different story:

In an EXCLUSIVE interview, MTO News spoke with DMX’ family member who told us that the rapper received the COVID vaccine about a week before he suffered from the heart attack.

DMX’s family member told MTO News, “[DMX] got the vaccine when they opened it up to people over 50. He got it so that he could go travel and perform, stuff like that.”

New York State opened up the COVID-19 vaccinations for people over the age of 50 in mid March.

And the family member suspects that DMX heart attack could have been a reaction to the vaccine. The family member explained, “Everyone [in the news] keeps saying that [DMX] had a drug overdose. How do they know? I’m in the family and no doctor told me anything about an overdose.”

The family member is FURIOUS about the speculation surrounding DMX drug use. She told MTO News, “Yes he had past issues with drugs. But nobody knows that he had an OD. It’s f**cked up that it’s being reported like that.”

She told MTO News that she – and the family – are considering taking legal action against news publications prematurely concluding that DMX  suffered a drug overdose.

But what is clear – according to the family member – is that DMX did take the Covid vaccine.
The grieving kin explained, “He took that vaccine, and he had a heart attack. I’m not saying the vaccine did it, but he never had a heart attack before.”

These claims are to be taken with a grain of salt as MTONews is known for publishing questionable articles.

No matter what the case maybe be, DMX’s life was one of thrilling highs and terrifying lows. Through it all, it was characterized by never-ending fights and struggles against his past, his demons, his addictions, his own family, the media, the legal system, the music industry, and, in his words, Satan himself.

Here’s a look at his life.

DMX’s childhood was filled with traumatic events that probably shaped his behavior for the rest of his life.

Simmons went through a disjointed childhood that included being beaten by his mother and her various boyfriends so badly that he lost teeth and sustained numerous bruises and cuts on his face. Due to poverty, he slept on the floor with roaches and mice crawling over him in the night. When Simmons was five years old, his family settled into the School Street Projects in Yonkers, New York.When he was six years old, his mother knocked out two of his teeth with a broom after he innocently erased something in her notebook. At school, he threw chairs at teachers and stabbed a kid in the face with a pencil. When he was seven, an aunt got him drunk on vodka. The same year, he was jailed for stealing cakes from a market.

One summer, his mother locked him in his bedroom, allowing him to only exit for trips to the bathroom. At the end of the fifth grade, at age 10, Simmons was expelled from school and sent to the Julia Dyckman Andrus Children’s Home for 18 months. In what he described as a defining moment of betrayal, his mother tricked him by telling him they were just visiting the home, then she enrolled him there. A few months later, he was arrested for arson in an attempt to burn the school down. He nearly killed his co-conspirator.

When he was 14, Simmons began living on the streets of Yonkers to escape his mother’s abuse, sleeping in Salvation Army clothing bins and befriending stray dogs.
– Wikipedia, DMX

DMX’s love for rap music helped him go through his life’s numerous hurdles and his talent allowed him to gain respect and recognition. After several years if hard work, he got signed with Def Jam Records and, in 1998, took the rap world by storm with his first album It’s Dark and Hell is Hot.

Blood In, Blood Out

While becoming a big rap star was the ticket out of poverty, DMX immediately understood that there was a price to pay for it. His first album contained an important spiritual component which was expressed as conversations with God and the devil.

For instance, the song Damien is about DMX speaking with what appears to be a guardian angel. But he is gravely mistaken. The song begins like this:

Why is it every move I make turns out to be a bad one?
Where’s my guardian angel? Need one, wish I had one

I’m right here, shorty, and I’ma hold you down
You tryin’ to f**k all these b****s? I’ma show you how
But who…? Name’s D like you, but my friends call me Damien
And I’ma put you hip to somethin’ about this game we in
You and me could take it there, and you’ll be
The hottest n***a ever livin’, that’s a given? You’ll see

Since the release of the 1976 movie The Omen, the name Damien became associated with the son of Satan and the antichrist. In the song, Damien pretends he’s DMX’s guardian angel who can make his dreams of money, success, and women come true. However, Damien quickly asks a return for his favor:

I’m about to have you drivin’, probably a Benz
But we gotta stay friends, blood out, blood in

The expression “blood in, blood ou” refers to the initiation ritual of having to kill someone to enter a gang and, on the reverse end, not being able to leave the gang unless killed. In the song, it is used in the context of a deal with the music industry and, by extent, the devil himself.

At the end of the song, Damien asks DMX to kill one of his own friends – a ritual sacrifice to prove his loyalty. When DMX argues, Damien says:

Either do it or give me your right hand, that’s what you said

To which DMX replies:

I see now ain’t nothin’ but trouble ahead

That last line unfortunately foreshadows the events that will define the rest of his life.

Although DMX went on to become one of the only artists ever to debut five albums at #1, he grew disgusted by the ways of the music industry.  And that disgust was perfectly articulated in his 2007 Def Poetry Jam performance.

During that same period, DMX felt that his work and his life needed to take a different direction. And he felt the need to be much more vocal about his faith. That desire was exemplified by his single Lord Give Me a Sign. This is the first verse:

Yeah, uh
In the name of Jesus (Spread the word!)
“No weapon formed against me shall prosper” (Preach!)
“And every tongue that rises against me in judgment, thou shall condemn” (Preach!)
(Lord give me a sign!) “For this is the heritage of the servants of the Lord”
(Preach!) “And their righteousness is of me, ” said the Lord (Preach!)
Amen, uh
Lord give me a sign!
I really need talk to you Lord
Since the last time we talked, the walk has been hard
Now I know you haven’t left me, but I feel like I’m alone
I’ma big boy now, but I’m still not grown
And I’m still goin’ through it (What!), pain and the hurt (Yeah!)
Soakin’ up trouble like, rain in the dirt (Yeah!)
And I know, only I can stop the rain
With just the mention of my savior’s name, in the name of Jesus
Devil I rebuke you, for what I go through
Been tryna make me do, what I used to (What!)
But all that stops right here (Yeah!)
As long as the Lord’s in my life, I will have no fear
I will know no pain, from the light to the dark (Come on!)
I will no show no shame, spit it right from the heart (Come on!)
‘Cause it’s right from the start, you held me down
And ain’t, nothin’ they can tell me now
Lord give me a sign!

DMX also planned to use his unique oratory skills to become a pastor. He never missed an occasion to share prayers with whoever wanted to listen.

While DMX was always a devout Christian, he was the first to admit that he was not a saint. He did stupid things, he had his shortcomings and he had serious personal issues.

In the latter part of his career, the industry he hated focused on exploiting these issues for cynical purposes.

Some celebrities are built up by mass media. Others are torn down. During the last years of his life, DMX was definitely torn down. On several occasions, DMX argued that he being unfairly targeted in attempts to destroy him.

In a jarring example, TMZ cameras were actually waiting for DMX in a courtroom prior to his hearing. Seeing this bizarre ambush, DMX became agitated as he was convinced that TMZ was tipped off of his arrest and allowed to enter the courtroom, turning his hearing into a humiliating spectacle. 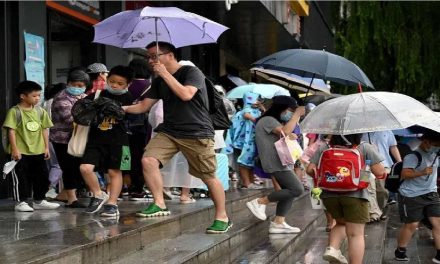 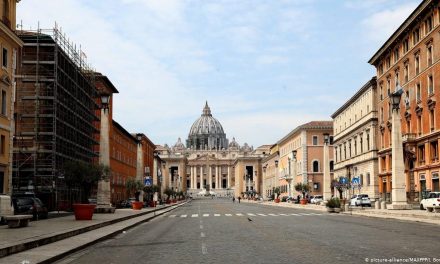 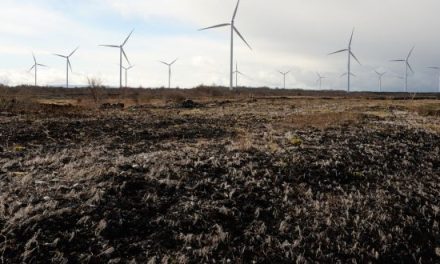