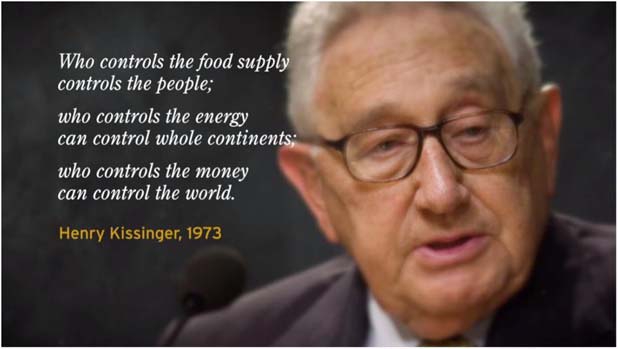 To the Final Battle!

“The International” is the world-renowned battle song of the socialist labor movement. The English version of the original French text reads:

“Wake up, damned of this earth, who are still forced to starve! (…) Army of slaves, wake up! (…) Peoples, hear the signals! To the final battle! There is no supreme being, no God, no emperor or tribune to save us. To put us out of our misery, that is something we can only do ourselves.”

This call was made to the international labor movement after the violent suppression of the Paris Commune in May 1871. It was not issued to the ruling “Elite” of the exploiters and oppressors.

However, it is precisely this so-called elite that seems to be blowing to the last battle today, in that it is seeking to reduce the population (depopulation) by means of a compulsory “mass protective vaccination”. The pathogenic or even deadly composition of this vaccine, which will also contain Nano-chips to control humanity, has certainly already been mixed in the world’s secret laboratories.

Even the active euthanasia of elderly and sick fellow citizens by means of strong sleeping pills and opiates has already set these dark figures on their way.

Likewise a worldwide redistribution of general wealth from the bottom to the top, from the poor to the super rich. Should we citizens of this world, remembering these plans of the cabal, not recall to whom the call for the final battle was actually made?

Two of these “world citizens” who are involved in such sinister plans are the former US Secretary of State and Nobel Peace Prize winner Henry Kissinger and the wealthy US entrepreneur and patron of the arts Bill Gates.

More than 50 years ago, Kissinger was Secretary of State and head of the US National Security Council and author of the ,

“. According to the memorandum, depopulation should be “the highest priority in US foreign policy towards the Third World”, (…) because “the US economy needs large and growing amounts of raw materials from overseas, especially from the less developed countries” (Eggert, W. (2003). The planned epidemics AIDS – SARS and military genetic research. Munich, p. 64)

In an opinion piece for the “Wall Street Journal”, Kissinger called for

“a first step to develop ‘new techniques and technologies for infection control and appropriate vaccines for large populations’. (…) In a second step, the focus should now be on ‘healing the wounds of the global economy’. ( quoted in RT Deutsch  https://de.rt.com/25kn)

The citizens of the world should therefore – whether they want to or not – be vaccinated and, in addition, it should be checked whether they have complied with this vaccination obligation.

In the RT article just mentioned, Nobel Peace Prize winner Kissinger is also referred to as a war criminal because, as the architect of the US aggression against Vietnam and other covert CIA secret operations, he is responsible for the death of millions of people.

Kissinger and the The Bill and Melinda Gates Foundation seem to agree on the question of “mass protection vaccination”. On March 31, 2020, the “Washington Post” published an opinion article by Gates in which he describes his vision to vaccinate people around the world:

“To bring the disease to an end, we’ll need a safe and effective vaccine. If we do everything right, we could have one in less than 18 months — about the fastest a vaccine has ever been developed.

But creating a vaccine is only half the battle. To protect Americans and people around the world, we’ll need to manufacture billions of doses. (Without a vaccine, developing countries are at even greater risk than wealthy ones, because it’s even harder for them to do physical distancing and shutdowns.)

We can start now by building the facilities where these vaccines will be made. Because many of the top candidates are made using unique equipment, we’ll have to build facilities for each of them, knowing that some won’t get used. Private companies can’t take that kind of risk, but the federal government can. It’s a great sign that the administration made deals this week with at least two companies to prepare for vaccine manufacturing. I hope more deals will follow.

In 2015, I urged world leaders in a TED talk to prepare for a pandemic the same way they prepare for war — by running simulations to find the cracks in the system. As we’ve seen this year, we have a long way to go. But I still believe that if we make the right decisions now, informed by science, data and the experience of medical professionals, we can save lives and get the country back to work.

Is the vaccination program related to the objective of reducing world population?

In this context, let us recall Kant’s Enlightenment motto “Sapere aude!”:“Have the courage to use your own intellect!”