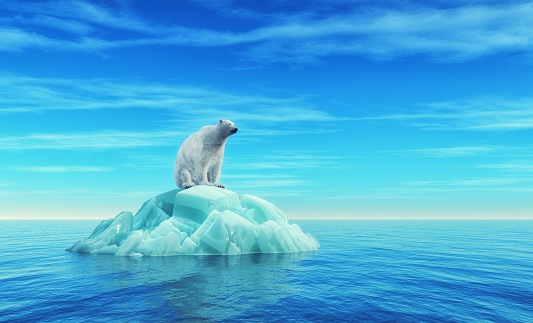 ‘The science on man-made global warming theory is in dispute. Global warming is being used by global elites and the United Nations to advance population control through abortion and sterilization. This is evident with the Paris Climate Agreement.’

Over the past three weeks, Campaign Life Coalition received tons of press as a result of the Conservative Party’s National Policy Convention.

That’s because our Voter’s Guide for convention delegates contributed to the defeat of a policy resolution, by a 54% No to 46% Yes vote, which would have adopted, as official Conservative policy, the following language:

“We recognize that climate change is real. The Conservative Party is willing to act.”

Our Voter’s Guide instructed delegates to vote against the policy resolution, providing the following statement to explain our guidance:

“The science on man-made global warming theory is in dispute. Global warming is being used by global elites and the United Nations to advance population control through abortion and sterilization. This is evident with the Paris Climate Agreement.”

There’s good reason to be skeptical about the “end is nigh” narrative being pushed with religious fervour in our politics, schools, and even from the pulpit in many churches.

Knowing that the theory of man-made global warming is still in dispute by a great number of scientists can bolster the confidence of pro-lifers in confronting hysterical climate change predictions which are fueling demands for population control and justifying abortion in the minds of many.

Babies: Threats to the planet?

The problem with global warming alarmism is that humans are seen as the problem. Babies are viewed as little “carbon footprint threats to the planet”.

The argument goes like this: the larger the human population, the greater our “carbon footprint” and, hence, the more we humans threaten the environment and planetary survival.

The crazy narrative that the “world will end in 12 years” has been pushed for a couple of years now by Al Gore, leading U.S. Democrat Alexandria Ocasio-Cortez , the U.N. and many other world leaders and influencers.  If you believe this narrative, well, we now have less than 11 years left, as of this writing, until the world ends!

Believe it or not, the fearmongering about man-made global warming has even led to a Voluntary Human Extinction Movement (VHEM).

In 2009, just three years after Al Gore’s 2006 documentary film, An Inconvenient Truth, which promoted the global warming theory to a world-wide audience, the VHEM group was established.

VHEM is an environmental movement that calls for all people to abstain from reproduction, in order to cause the gradual, voluntary extinction of humankind.

VHEM supports human extinction primarily because, in the group’s view, it would prevent environmental degradation. On VHEM’s website, the group explains that:

“Choosing to refrain from adding another of us greatly reduces our potential greenhouse gas emissions” and claims that “not creating one more of us saves 58.6 tons of CO2-e per year”.

The Human Extinction movement explicitly promotes abortion and sterilization as solutions to the allegedly man-made climate crisis, stating that “pregnancy should be prevented whenever possible.” It promotes a “prestigious award” for humans who choose sterilization in order to “save the planet.”

Another influential global warming alarmist is billionaire activist Bill Gates who has railed against “overpopulation” for many years, warning of “ecological collapses” that will be caused by human-produced carbon dioxide.

In order to decrease CO2 levels “to zero”, which he claims is necessary to avoid environmental catastrophe, Gates has called for population reduction through “reproductive health services”. We know that’s a euphemism for abortion.

Watch a global warming / population control talk by Gates where he says that world population can be reduced by 10%-15% via “reproductive health services”, amongst other measures:  https://youtu.be/4vzFeiKH1jQ

CLC has been involved at the United Nations for over 20 years. In fact, we just had a team participate in the 65th Commission on the Status of Women which was held from March 15 to 26, 2021. At these conferences, there’s always a battle over language and its definitions.

For decades now, the United Nations, through its agencies and partner organizations, has tried to make abortion a “universal human right” through the insertion of terms such as “sexual and reproductive health and rights”, “gender equality” and “women’s empowerment” into various UN resolutions.

These terms on their own may not raise any red flags for the general public. But when you look at how abortion activists define them in other UN documents, it becomes very clear that these are umbrella terms for population control through abortion-on-demand.

While the Paris Climate Agreement continues to create tension among nations over potential economic and job destruction in the west, as a pro-life organization, we are deeply concerned with the insertion of population control language into a document whose focus is supposed to be about “climate.”

Our position is that human life must be at the centre of all sustainable development. Everyone agrees that we must be responsible stewards of the earth. There are many ways in which nations can work together to improve the environment and the sustainability of resources. Reducing the population through mass abortion and sterilization programs is not sustainability.

The Voice of the Family has published a good article dissecting the problematic parts of the Paris Climate Agreement within the UN framework, and showing how it connects to the stated UN goal of creating a universal right to abortion. More specifically, the article outlines how the Paris Agreement connects to Goal #5 of the U.N.’s Sustainable Development Goals, which includes this wording:

That, of course, is a euphemism for abortion-on-demand.

I could supply you with reams more evidence of how global warming alarmism is being used to promote population control and abortion, but these examples suffice to make the point.

Is there scientific consensus that man-made global warming is real?

In fact, man-made global warming theory is disputed by many scientists.

The mainstream media’s claim that scientist all agree that global warming is primarily driven by human activity and cars is demonstrably false.

Consensus does not exist. More than 31,000 scientists have signed a declaration sponsored by The Oregon Institute of Science and Medicine which disputes the global warming thesis: http://petitionproject.org/

In January 2012, sixteen eminent scientists published an article in the Wall Street Journal, titled, “No Need to Panic About Global Warming.”

There are many more scientists I could point to as evidence that man-made global warming theory is in dispute. The only reason you haven’t heard about any of them is because the liberal news media doesn’t want you to hear about them.

If you tuck into the research conducted by dissenting scientists, you’ll find they point to a variety of data points which they assert cast doubt on the theory that there exists catastrophic levels of man-made global warming.

Some of this research includes what they believe are serious flaws with the computer models used to predict catastrophic temperature increases. Or the existence of cyclical warming and cooling periods that occurred throughout history long before factories existed and humans became populous. Some point to data from the Vostok ice core sample which reveals that historic CO2 increases lagged behind temperature increases, not the other way around. Other research highlights the effects of Pacific Decadal Oscillation which distributes heat around the planet in naturally-occurring 20 to 30 year cycles.

Why do politicians and the media speak as if man-made global warming is an undisputed fact?

For one, it’s a useful political tool to scare people into voting for left-wing politicians who promise salvation from the coming environmental apocalypse. It’s also a club with which to beat conservative politicians who are either too afraid to push back against global warming alarmism, or are perhaps ignorant of the scientific facts surrounding this debate.

Second, there’s a lot of money to be made by research scientists and universities who profit handsomely from government grants for research that is supportive of man-made global warming theory.

Third, it helps advance several of the goals of atheistic communism and socialism. These include, amongst others, a universal right to abortion, redistribution of wealth, concentration of power in the hands of elites, and setting up a nature-centred, quasi-spirituality to help fill the void that gets created in the human heart as Marxists succeed in their goal of destroying belief in God.

Aside from fear mongering by global elites like the United Nations, Bill Gates, and groups like the Voluntary Human Extinction Movement, I’ve witnessed first-hand how the “humans are carbon footprint threats to the planet” narrative is predisposing young people to abortion.

In my own life, I know a 17-year old girl who recently announced to her parents that she will not be having children due to her fear that they would likely be born into a world ravaged by fires and floods caused by “climate change.”  She is not being raised in a religious home. The family is very secular.

If she were to have an unplanned pregnancy, abortion may well be the first thought of this teenager who has already decided she will not have children. No doubt, she has also perceived that childlessness is good for the environment because it reduces her “carbon footprint”.

Now just imagine this scenario playing out with millions of children across the country who are being taught, even in elementary school, that “climate change is real” and potentially world-ending.

This narrative has also found its way into the pulpits, with “climate change” now being preached in churches more frequently and more passionately than fighting the child murder we call abortion. On this note, I can point to the voter guide resources issued by the Archdiocese of Toronto to the Catholic electorate for the 2019 federal election.

That “Catholic” voter guide published by the Toronto Archdiocese placed “Environment” at the top of its list of issues – even above abortion, which was muted under the vague heading of “Human Dignity.”

The Environment section talked about temperature increase and warned that “Canada is the world’s 9th highest carbon emitter”.

As pro-lifers, we need to know the facts on this issue so that we have the confidence to demand that both our politicians and our spiritual leaders focus on ending the human rights abuse of our age – abortion – instead of obsessing about politically-loaded issues that are in dispute, like “climate change”.

What will be the top ballot issue?

A federal election could be called at any time.

Do your part to ensure that your spiritual leaders will focus their voter guidance on the sanctity of human life. Consider sharing this blog with your pastor and asking them to study it with an open mind so as to participate in the next election in a way that honours God by making the ending of abortion the top ballot issue.

Let’s ensure we don’t end up with any more church-sponsored voter guides where global warming is presented as equivalent to, or even more important than, the non-negotiable moral issue of opposing abortion.

Share it also with your friends and relatives to open their eyes to this growing threat to the sanctity of life.

The pro-life movement has always been loyal to the truth. Let us continue to be so and to courageously combat all threats to the sanctity of human life, even those where powerful forces wish to bury “an inconvenient truth”. 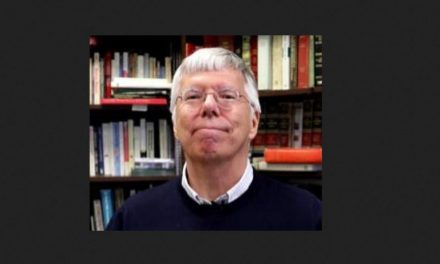 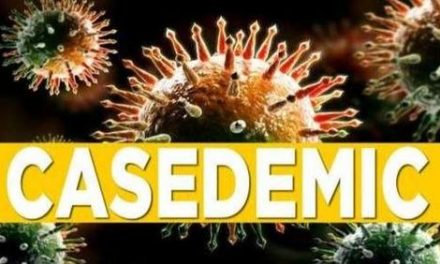