China, the Quad, and the Next “Great” War

The stage is now being set for the next great war on the so-called “Grand Chessboard.”

As anyone who has been paying attention to global geopolitics in recent years will know by now, the US Empire (the US, the UK, Israel, the Five Eyes allies, NATO and all their regional allies and vassals) are preparing to square off against China and the Axis of Evil (China, Russia, Iran, North Korea and any state that provides any resistance to the US Empire) for global control in the 21st century.

And, as readers of this column will be uniquely prepared to understand, this entire conflict is part of a 3D chess game that is taking place over and above the regular, 2D nation-state chessboard that we are being asked to fixate on.

However, there is a 2D chess game going on and it is part of the Problem-Reaction-Solution that the 3D chess players are using to bring about their agenda. So today let’s examine the latest moves on the grand chessboard and see what they reveal about the globalists’ plans for total control.

Problem: The Rise of China

Remember five years ago when everyone was talking about the 十三五? Well, guess what? It’s already time for the 十四五! (My, how the half-decades fly by!)

Yes, as you no doubt know by now the Chinese Communist Party just wrapped up the fourth session of the 13th National People’s Congress at the Great Hall of the People in Beijing. And, as you also know, dear informed reader, that means that the ChiComs have just laid out their next five-year plan. (Do you have your copy yet?)

There are at least four categories of hot take on what the latest five-year plan entails.

There are the hot takes from the partisan lying mockingbird repeaters in the controlled establishment press who are trying to scry the tealeaves for weaknesses and vulnerabilities of the New Red Menace™. Observe, for example, Foreign Policy‘s gloating that the plan shows Beijing’s “lack of ambition” or The Economist‘s finger-wagging about China’s lackluster carbon reduction efforts or the Council on Foreign Relations’ warning of Beijing’s “growing urgency to protect China from external vulnerabilities through attaining self-reliance in science and technology.”

There are the hot takes from the actual state-controlled Chinese media. See Xinhuanet‘s calm and measured observation that the passage of the plan “demonstrates the unity of the leadership of the Party, the position of the people as masters of the country, and law-based governance” for a typical example.

There are the hot takes from various industry publications that focus on what the plan means for those seeking to corner the domestic Chinese market for their goods or what China’s moves will mean for their sector. Thus, PitchBook concentrates on China’s efforts to woo foreign capital by loosening restrictions in certain industries, Nature concentrates on China’s decision to concentrate on creating a “strategic research force for the nation,” and Power Technology does a deep dive on the implications of the new five-year plan for the energy sector.

And then there are the quasi-independent media sources that—in seeking to combat the predominant establishment narrative—serve mostly as a mouthpiece for ChiCom talking points. Take Pepe Escobar, for example, whose latest piece on The Shape Of Things To Come In China starts out by reporting on the details of the five-year plan and end up in a paean to Chinese Communist system of technocratic tyranny, claiming that “public opinion confidence in the Beijing leadership remains solid” and that the ChiComs system “is like a sophisticated mix of internationalist Marxism with Confucianism (privileging harmony, abhorring conflict): the framework for ‘community with a shared future for mankind.'”

What all of these perspectives ultimately serve to do is to reinforce the central narrative of the New Cold War: that the rise of China is a threat to the Western establishment. This narrative reinforces the impression that the 2D chess game is really the game for all the marbles (to mix gaming metaphors) and it throws the general public into a fear state where they are more apt to call for action to combat this vile threat than to seek to understand the nature and origins of this threat.

That’s convenient for the 3D chess players, because it plays right into the next stage of their controlled dialectic, namely . . .

Reaction: The Rise of the Quad

As Newton taught us, for every action there is an equal-and-opposite reaction. And so it is that, once we are conditioned to believe in the rise of the New Red Menace™, we are simultaneously prepared to expect a reaction from the West.

Thus, when the Japanese see headlines about the Chinese naval threat against the (uninhabited) Senakaku Islands and the Australians read about how their government is being threatened by the ChiComs and the Indians read about Chinese cyber intrusions into key infrastructure networks and Americans read the latest story about the Chinese bogeyman (today’s horror story: China is coming for South America!), it seems only natural that our valiant political leaders would do something to counteract this neo-Yellow Peril.

No, “the Quad” is not some new Marvel Comic superhero team; it’s the snappy name for the US/Japan/Australia/India alliance that is seeking to keep that rising Chinese menace in check. The Quad—formally known as the Quadrilateral Security Dialogue—was first proposed by then-Japanese Prime Minister Shinzo Abe in 2007, but was activated during the Trump Administration during Pompeo’s Indo-Pacific security push.

Like everything else of importance to the 3D chess players, the transition from the Trump-era Quad to the Biden-era Quad has been seamless. Trump Secretary of State Mike “lie, cheat, steal” Pompeo’s call in October of last year for the Quad to become an “Asian NATO” became Biden’s call for a Quad leaders summit this month as if nothing at all had happened in the intervening months.

The fact that Team Coke and Team Pepsi are working toward the same foreign policy goals are baffling to those stuck looking at the 2D chess board, but from the 3D perspective, this continuity of agenda is telling. It demonstrates that the China bogeyman narrative is important to those who are steering this agenda. Whatever flavour of cola is in power, it is important for the public to understand that China is The Enemy and must be confronted by The Good Guys. Hence, the Quad marches on.

As I’ve demonstrated at length before, it’s not that the ChiComs and their “axis of evil” friends are actually the misunderstood good guys in all of this. It’s that the entire ChiCom threat has been carefully and deliberately constructed by wealth transfers, banking agreements, R&D investments, military technology “leaks” and offshoring of manufacturing over the course of several decades. Just as Antony Sutton demonstrated with regards to the Soviet Union in Cold War 1.0, the neo-Red Menace of Cold War 2.0 is similarly a paper tiger constructed by the same network of 3D chess players on the global chessboard and for the same purpose: to prepare the public for the inevitable “solution.”

Are you a pawn on their chessboard?

As I’ve often had cause to observe, you don’t need to have a crystal ball to see where this is headed: war.

Yes, we all know that we are in the preparatory stages to outright confrontation right now. The pieces are being set in place, the narrative is being formed, and the pawns in the game (you and me) are being told why we will have to fight and die for the glory of our square on the grand chessboard.

But this is a phoney narrative. In reality, there is a war taking place, but the war is not a war between China and the US. It’s taking place between the so-called, self-appointed “Superclass” that stands over and above this nation-state system and the average person.

The end goal is not to destroy either the American Empire or the Chinese Communist system, but to merge these systems into the worst of both worlds, a technocratic tyranny where the few rule over the many. This is, in some ways, the very premise of all of the work that I have been doing here at The Corbett Report for the past 14 years, so either you get it by now or you don’t. But if you don’t, this explanation might be the easiest way for you to understand the concept.

If you do understand it, then I think it is imperative that we make a commitment right now not to be swept up in the war hysteria that will inevitably be sweeping over the population in the coming years. We cannot control the 2D chessboard ourselves, but we can at least control what role we have in this game and can refuse to play the part of obedient pawns in the game.

In the end, the average Joe (or Zhou) on the streets of Shanghai is not your mortal enemy. The actual threat to your life and livelihood come from the would-be misleaders who have lied to you about 9/11 and the war of terror and weapons of mass destruction and the 2008 financial crisis and the wars in Libya/Syria/Yemen and COVID-1984 and nearly everything else of importance.

The politicians and establishment media mouthpieces for the real ruling oligarchy—the 3D chess players who are manipulating this game for their own benefit—are now trying to gin the public up into hysteria over the growing Chinese menace even as they’re attempting to implement Chinese-style lockdowns and facial recognition systems and social credit scores at home.

Are you going to fall for it? 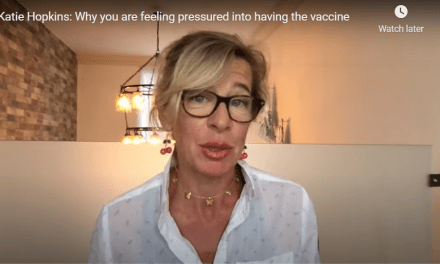 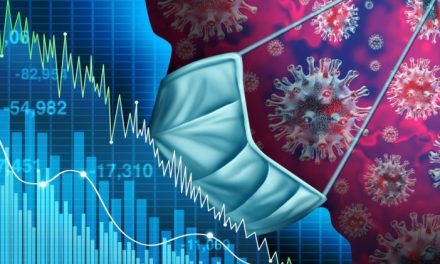