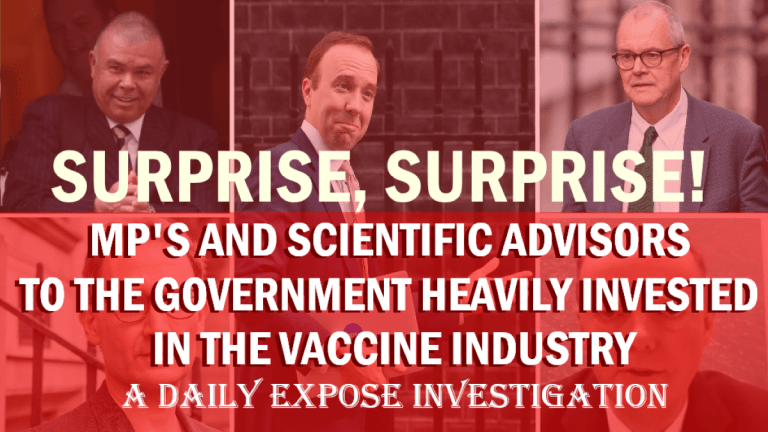 The UK Government is on a mission to vaccinate the entire population of the UK with an experimental gene therapy. Their supposed reasoning is to protect us all against a “deadly” virus. But that just isn’t the case, the resulting disease statistically kills only 0.2% of those it infects and the majority of those deaths are aged over 85 and have underlying health conditions.

So the question remains, ‘Why does the Government and it’s scientific advisors so desperately want to vaccinate every man, woman and child in the United Kingdom?’.

Well ‘The Daily Expose’ investigated by following the money, and this is what we found…

In April 2020, the ‘Chief Scientific Advisor’ to the UK Government – Sir Patrick Vallance was placed in charge of the new ‘Vaccine Taskforce’. The aim of this taskforce was to “drive forward, expedite and co-ordinate efforts to research and then produce a coronavirus vaccine.”

So isn’t it interesting how by July 2020 the UK Government signed a contract with GlaxoSmithKline to secure 60 million doses of an untested, experimental “vaccine” treatment that was still being developed to combat SARS-CoV-2? Interesting because the chief scientific advisor and head of the ‘Vaccine Taskforce’ has £600,000 worth of shares in the pharmaceutical giant, GlaxoSmithKline.

Sir Patrick, who has had huge influence in dictating the Government’s response to the alleged SARS-CoV-2 pandemic, has over 43,111 shares in the company. But the conflict of interest doesn’t end there. Sir Patrick Vallance used to be the president of GlaxoSmithKline.

He joined the company in May 2006 as ‘Head of Drug Discovery’, going on to become Senior Vice President of Medicines Discovery and Development, before finally becoming President in 2006.

When the pompous Health Secretary, Matt Hancock found out about this he said “Well, I didn’t know about it until I read it in the newspapers,”. Pushed on whether he thought he should have been informed as Health Secretary, he replied: “No, not particularly”.

Just recently, the Deputy Chief Medical Officer for England – Jonathan Van Tam said that it was “perfectly possible” a “Covid” vaccine could be licensed for children by the end of the year. Stating that he believes “most of the major manufacturers are beginning to turn their attention “to licensing vaccines for under-18’s”.

But we’ve been repeatedly told that children are at no risk to the Covid-19 disease, so why on earth do we need to vaccinate them?

Well Professor Van Tam’s career history can possibly clarify why he is so eager to see children vaccinated against a disease they supposedly don’t suffer from.

Van Tam joined the pharmaceutical industry in 1997 as an associate director at SmithKline Beecham. He then went on to become Head of Medical Affairs at Roche in April 2001, before joining Aventis Pasteur MSD in February 2002 as the UK medical director.

In 2010 he became an advisor to the World Health Organisation, during the over exaggerated H5N1 influenza pandemic. His advice was to roll out a mass vaccination programme to combat the H5N1 influenza virus, and that advice was followed. But guess who manufactured the H5N1 influenza vaccines and made billions of pounds? SmithKline Beecham and Roche, two pharmaceutical giants that Van Tam worked for.

That’s two of the main influencers on UK Government policy so far who have major ties to the pharmaceutical giants, with both Vallance and Van Tam having ties to GlaxoSmithKline, and Van Tam also have ties to pharmaceutical company ‘Roche’. Well there’s another man who has had great influence on the Government’s “Covid” strategy, and he also has major shares in ‘Roche’.

His name is Sir John Irving Bell, and he is a Canadian immunologist and geneticist. Sir Bell also had a role in the ‘Vaccine Taskforce’ alongside Sir Patrick, but there’s another role he held that is of particular interest to our investigation.

Sir John Irving Bell has worked as an adviser to the Department of Health and Social Care since 2017, and headed the ‘National Covid Testing Scientific Advisor Panel. He also chaired the Government’s new test approvals group, which assesses virus diagnostic tests. One of the tests assessed and approved, back in May 2020, was an antibody test. The manufacturer of this antibody test being the pharmaceutical giant ‘Roche’. So it must just be a coincidence that Professor Van Tam has ties to the firm, and Sir John Irving Bell has shares amounting to £773,000 in Roche?

£13.5 million of the British taxpayer’s money was spent on these antibody tests but Public Health England later declared they were “unreliable”.

Which brings us to the elected members of parliament who are voted in to serve the people of the United Kingdom. The one’s who have had the final say on the policy to combat the alleged Covid-19 pandemic.

The Health Secretary – Matt Hancock received a £10,000 donation for his leadership campaign in 2019 from Wol Kolade, the head of Livingbridge private equity firm. This firm owns Vanguard Healthcare, which provides mobile facilities such as operating theaters and wards. We wonder if Vanguard had anything to do with the Nightingale hospitals that were erected, never used and dismantled at a cost of half-a-billion pounds?

Mr Hancock has also awarded a contract to the tune of £5.5 million of taxpayer’s money to a family friend for the provision of mobile testing units. The contract was awared to EMS Healthcare, which is run by an Iain Johnston – the former business partner of Shirley and Robert Carter, Hancock’s mother and stepfather.

Steve Brine , MP for Winchester, who is listed as an event speaker for Sigma pharmaceuticals company, receiving £1667 a month for up to 16 hours of “speeches, networking and Q&A sessions”. He is also a strategic adviser to Remedium Partners, a healthcare recruitment firm, working on an “ad-hoc basis” at a rate of £800 a day. Brine states in the register he consulted ACoBA about both of the appointments.

Finally we come to the Vaccine Deployment Minister, Nadhim Zahawi. Mr Zahawi’s wife, Lana Saib is the owner and director of ‘Warren Medical Limited’, which was incorporated under the name ‘Zahawi Warren Limited’ on the 10th June 2020. The company has another two directors named Ahmad Shanshal and Jaafar Shanshal – who are the sons of Nadhim Zahawi. It is not clear what this newly formed company currently does in the healthcare sector but we’re sure the vaccine roll out will have something to do with it.

We could go on forever as the corruption doesn’t end there. But perhaps we’ll save Professors Neil Ferguson and Chris Whitty for another day.

The question was ‘Why does the Government and it’s scientific advisors so desperately want to vaccinate every man, woman and child in the United Kingdom?‘.

We think we’ve just answered it for you. 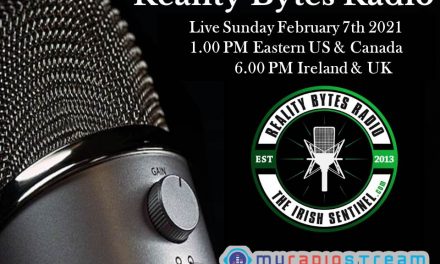