How a harmless coronavirus was turned by lockdown policies and vaccines into the viral equivalent of a lethal bioweapon, capable of wiping out huge segments of the human population.

This article is different from my usual kind, indeed different from most journalistic articles, in that it is mostly an attempt to draw attention to something that I regard as deeply urgent and grave.  I cannot claim to understand every nuance of the argument being presented, but I understand enough to wish to use this platform to pass this information on to as many people as possible.

This article concerns a radical danger arising from the present wave of Covid-19 vaccines. I understand that the material covered in the article is difficult, and in more senses than one. But it is of the utmost importance that people read it, watch and listen to the accompanying videos, and think about the ramifications of what it suggests. If the content are true, everybody needs to know about it, and the legacy media, bought of by government, health authorities and Big Pharma, cannot be trusted to alert the public.

The material and links below are all to do with a recent warning by an eminent scientist, Geert Vanden Bossche, DMV, PhD, independent virologist and vaccine expert, formerly employed at GAVI and The Bill & Melinda Gates Foundation. He is also an internationally recognised vaccine developer having worked as the head of the Vaccine Development Office at the German Centre for Infection Research, which coordinated Global Alliance for Vaccines and Immunisation’s Ebola Vaccine Program and contributed to the implementation of an integrated vaccine work plan in collaboration with Global Health Partners (WHO, Bill & Melinda Gates Foundation, CDC, UNICEF), regulators (FDA) and vaccine manufacturers to enable timely deployment or stockpiling of Ebola vaccine candidates.

This surely means that he is beyond reproach by dint of the normative smears concerning his motivation. He is a scientist who has come from inside the industry, and yet he has emerged to issue perhaps the most dire warning so far.

He is not an ‘anti-vaxxer’. In fact, he believes the appellation is absurd, since the issue is not whether vaccines in general are a good idea but whether particular vaccines are safe or not. He, like most people, is a believer in appropriate vaccination, and has devoted his life to developing safe and effective vaccines.

Close to the end of his paper (see here), he warns: ‘As pathogens have co-evolved with the host immune system, natural pandemics of acute self-limiting viral infections have been shaped such as to take a toll on human lives that is not higher than strictly required [for the virus to take its normative course]. Due to human intervention, the course of this pandemic has been thoroughly disturbed as of the very beginning. Widespread and stringent infection prevention measures combined with mass vaccination campaigns using inadequate vaccines will undoubtedly lead to a situation where the pandemic is getting increasingly out of control.’

Both the interview and (especially) the paper are somewhat technical, but not so much that the ordinary person can’t understand with a bit of close attention. What he’s saying has to do with the way some of the vaccines are disabling the natural immunity of people, and also enabling the virus to mutate and the stronger variants to spread. It assumes that the virus is real, of course, but even if it were not, the principle he’s articulating would still represent a serious danger in a context where generally immunity was already depleted by lockdown etc. In other words, even if SARS-CoV-2 doesn’t exist — even if we are talking merely about some variant of influenza — some of the vaccines allegedly supposed to combat it will render people incapable of fighting any virus in future.

Dr Bossche also affirms the point many pandemic questioners have been making about the effect of lockdowns: that they suppress the natural human immune system while also giving the more virulent strains space and time to mutate. It is becoming clear that the combination of the vaccine with the already reduced general immunity of populations due to lockdown measures — face masks, social distancing, etc — is creating a multiplicity of much more virulent and aggressive viral strains. This, in combination with the vaccines, will affect the infected individual, who will have no way of combatting certain variants, but also pose a major and continuing threat to entire populations because the combination of all these factors means we may shortly have a virus in our midst — perhaps we already have — that nothing is capable of tackling.

Dr. Bossche is saying that the kind of vaccines being purveyed in response to Covid-19 have several effects that both exacerbate and are analogous to the effects of the measures allegedly introduced to combat the virus. He points out that these vaccines don’t come to the task of immunisation in the way vaccines usually come: i.e. you get your vaccine, it takes its effect, and later on you encounter the virus. Here, because the vaccine is being administered in a context where the virus is already live all around, many people will have their immune systems disabled by the vaccine and therefore rendered unable to combat the virus. Additionally, because the vaccine at best offers only specific single-variant immunity and tends to suppress natural immunity, it will render the vaccinated person subsequently unable to crank up enough natural immunity to meet any viral threat at all — apart, presumably, from the single variant the particular vaccine was designed for, which will long since have either died out or wiped out millions of people.

Dr Bossche’s objection to the current crop of Covid-19 vaccines is that they are prophylactic vaccines, i.e. directed at the artificial establishment of specific immunity, which he argues are not merely unsuitable but actively dangerous.

There are two types of prophylactic immunisation: (a) passive immunisation, which provide protection by introducing preformed antibodies from another individual whose immune system was stimulated by the appropriate antigen, and (b) active immunisation, in which protection results from the administration of a vaccine, with dead or harmless living forms of an organism, or with an inactivated toxin, that stimulates the immune system to produce lymphocytes and antibodies against that organism or toxin.

We are concerned here with (b) — active immunisation.

Professor Bossche warns that this type of prophylactic vaccine is completely inappropriate, and even highly dangerous, when used in mass vaccination campaigns during a viral pandemic.

‘It is difficult,’ he says, ‘to understand how current human interventions will prevent circulating variants from turning into a wild monster.’

He has already provided the World Health Organisation, and other international health bodies, with his analysis, but has so far received no feedback.

The first concern he expresses is ‘viral immune escape’, which he says is analogous to the effects of overuse of antibiotics on bacterial infections. In the same way, the human body’s natural antibodies  — both pathogen-specific antibodies and T-cells — can be overcome by the process of active immunisation. As we grow older, we increasingly produce antigen-specific antibodies, which due to their strength and concentration, have the power to overcome other natural antibodies in the battle to defeat invading pathogens. These can also be taken in via vaccines. The risk here is that this will allow a pathogen to permanently disable the natural elements of an immune system.

Natural antibodies and innate immune cells recognise a diversified spectrum of ‘foreign agents’. In contrast to acquired immunity, innate immune responses protect against a large spectrum of pathogens. Unfortunately, the innate immune system has no memory to enable it to recall previous infections. It is therefore vital that the natural system be kept ‘trained’ by exposure to infections. The lack of exposure to infection arising from stringent lockdown measures implemented from the beginning of the pandemic has been unhelpful to the cause of keeping people’s innate immune systems well trained.

Mass vaccination of the elderly will dramatically enhance morbidity and mortality rates in the younger age groups. The more extensively the older age groups are vaccinated and protected, the more the virus is forced to continue causing disease in younger age groups. If the virus manages to do so, it can benefit from the (momentarily) suppressed innate immunity, thereby causing disease in an increasing number of these subjects and ensuring its own propagation. Vaccination by active immunisation, therefore, may represent a serious risk not merely to individuals who are vaccinated and whose immune systems become disabled, but also to the wider population of the unvaccinated who will become subjected to a consequently more aggressive virus capable of bypassing the defences of most people.

And this is also leading to the rapid spread of increasingly virulent mutant strains. Being insufficiently protected by their innate immune defence (through natural antibodies), someone may become infected by a coronavirus. The combination of viral infection against a background of suboptimal antibody maturity and concentration enables the virus to select mutations allowing it to escape the immune pressure. As the selected mutations endow the virus with increased infectious capacity, it now becomes much easier for the virus to cause severe disease in infected subjects as it is transmitted from subject to subject. Consequently, the number of subjects who get infected while experiencing a depletion  of their innate immunity, under attack by the ‘invaders’, will increase. As a result, a steadily increasing number of subjects will become more susceptible to getting severe disease instead of showing only mild symptoms or no symptoms at all. The more variants become infectious (i.e., as a result of blocking access of the virus to the vaccinated segment of the population), the less protection vaccine derived antibodies will provide. Already, lack of protection is leading to viral shedding and transmission in vaccine recipients who are exposed to these increasingly prevalent more infectious strains. Thus, people who receive the current type of vaccines are being turned into asymptomatic carriers shedding increasingly dangerous infectious variants.

Dr Bossche seems to be saying that it’s all but too late — the virus is already out of control. He’s not saying ‘unless we do x or y’. More lockdown would not offer a solution to the problem he’s describing — if he’s correct — because all those measures will already have been part of creating the problem. On the contrary, if lockdown is relaxed, the mutant strains are likely to spread more rapidly. 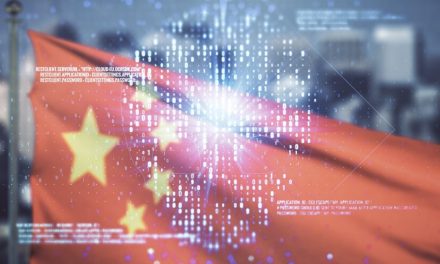 Techno-Authoritarianism Is Here to Stay: China and the Deep State Have Joined Forces 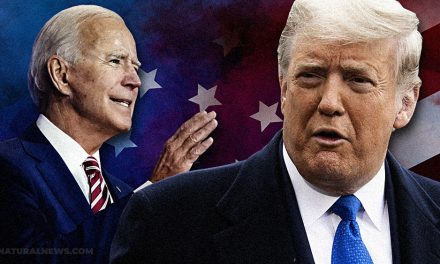 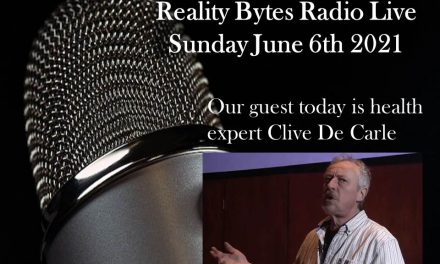