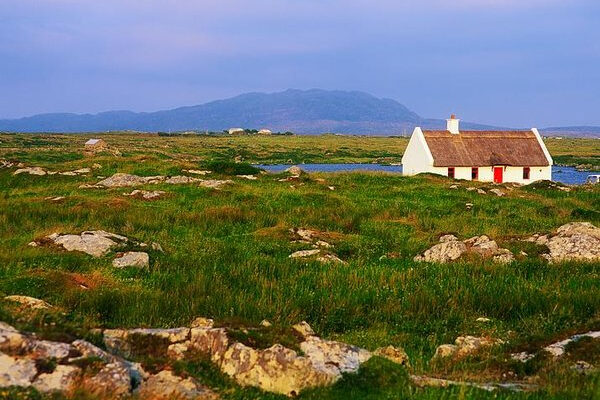 As we near Easter, there are several consequential Irish anniversaries about to take place.  The Easter Rebellion of 1916 is an obvious one.  St. Patrick and the Christianization of Ireland will be celebrated in less than two weeks from the time of this writing.  Less obvious to most Americans are the myriad of events surrounding Good Friday and Irish history.

High King Brian Boru (form which the O’Brien namesake derives) was assassinated on Good Friday in 1014.  The New Model Army that would eventually ravage Ireland (as well as significant portions of England and Scotland), first took the field on Good Friday 1645.  Of course, most recently, Good Friday is associated with the 1998 peace treaty – really, a cessation of hostilities – between Northern Ireland’s Loyalists/Unionists (Protestants) and Irish Nationalists (predominantly Catholic).

Despite the fact that the “Real” IRA (RIRA) was behind a deadly August 1998 terror attack – the Omagh Bombing – the ceasefire has largely remained intact for more than twenty years.  On March 4th, 2021, loyalist paramilitary groups renounced the Good Friday Peace Accord, largely on the grounds that BREXIT disrupts commerce upon which the North relies.  Still, the renouncement appears to be a political protest and not a resumption of violence.

Now, the island is faced with a greater threat: demographic suicide by the governing bodies of the partitioned island. Can and should Northern Loyalists and Irish Nationalists cooperate to stop a greater threat? Yes.

Both Loyalists and Irish Nationalists are being replaced by their own respective governments.  To begin, Dublin is a homosexual disaster of a government.  It still shocks me that the Irish, who are among the most nationalistic ethnicities in the world, would so easily surrender their future to a literal brown skinned homosexual who hated the country into which divine providence blessed his birth.  He could not replace the ethnic Irish fast enough with members of his own demographic design, as evidenced in Project Ireland 2040.  Now under Fianna Fáil’s governance with Micheál Martin, Ireland appears on track to continue killing itself.  Worse, desperate Irish Nationalists who voted for “Ourselves Alone” (Sinn Féin) have come to find out that the party resembles more of gay nightclub than a political entity.  Sinn Féin should change its name to P.U.F.F.: Politically United For Faggotry.  If I were a Protestant in Northern Ireland, who even thought for a second that unification with the South might be okay, I would look at the self-inflicted disaster that is the Republic of Ireland and say, “Hell No!”

Unfortunately, both Stormont and the British Government are not much better.

Net migration into Northern Ireland was nearly flat from 2000 to 2010.  Almost as many who entered Northern Ireland, left Northern Ireland.  The largest influx, in that first decade, were Eastern Europeans in the post-EU expansion period.  Consequently, the relatively newly formed Northern Ireland Assembly was ill-equipped to consider massive changes in EU and British migration policies to prepare for a different breed of migrant that came largely after 2010 from the Middle East, Southwest Asia, and Africa.  According to the Northern Ireland Statistics and Research Agency (NISRA), net migration jumped to almost 11,000 in 2007, before tailoring off in the early 2010s, and now increasing to nearly 5,000 per year.  To put this in perspective, with a population of only 1.85 million people, that would be the equivalent of 887,000 migrants entering the United States annually.  That is demographic suicide on steroids.

Compounding problems for Northern Ireland are Sinn Féin and Marxist-leaning Irish Catholics in the North.  They seem to believe that demographics will aid their efforts to reunite the North with the Republic.  There is some evidence that this is correct.  Migrants tend to vote for leftist political positions.  Given that the option will sooner or later emerge for Northern Ireland to either remain in the EU – likely creating some kind of quasi-Ireland unification – or remaining in the post-BREXIT UK, migrants who want greater access for their hordes of brown skinned relations will likely opt for the former.  This achieves the goals of Northern Ireland’s Sinn Féin, who have worked hard at recruiting these “New Irish,” but at what cost?

Northern Ireland already has unemployment issues (especially among Irish Catholics), wage stagnation, and a housing crisis.  NI First Minister, Arlene Foster, is right to condemn British inaction on EU policies that harms Northern Ireland and will likely make unemployment matters worse.  A bustling drug trade is further damaging the working class of both the Protestant and Catholic communities.  Adding more cheap labor migrants is not the solution.  It only makes matters worse.  The system is straining and the reemergence of paramilitary organizations on both sides of the divide seems to be a function of a people who have grown tired of government failures across the board.

Meanwhile, the Irish within the Republic are betrayed at almost every level by their government and it is clear they are getting sick and tired of Dublin’s repeated transgressions – from draconian Covid lockdowns that inspired a massive weekend protest to marauding Africans.  The Gardaí have no problem beating real Irish over the heads with batons while remaining useless bystanders as African savages rampage through major cities.  I have absolutely no idea what it will take for the Irish to awaken that sense of Nationalist anger, but I pray it happens soon.

Which brings this all back to the original question I posed:  can and should Northern Loyalists and Irish Nationalists cooperate to stop a greater threat?

I am under no illusions regarding the hardened positions that Irish Nationalists on either side of the border hold toward Northern Ireland’s Loyalists and vice versa.  I grew up in an Irish Nationalist household.  I also had an American father who, while alive, was a Presbyterian.  Consequently, I never held religious grievances toward any party in the North.  I was simply raised in a “26+6=1” household.  Orange was never an option.

That stated, my wife is the direct descendant of Anglican minister and English General, George Walker, who led the British and Northern Protestant resistance at the Siege of Derry.  A wall stands in his honor.  She hails from an Orange lineage.  Although long removed from that past, it is nonetheless intriguing.  I consequently chose to better understand the Northern Loyalist and Unionist perspectives, even if I do not agree with them.

What I found is that the British Government and politicians have historically exploited Northern Protestants for geopolitical purposes.  This has periodically led to justifiable anger on the part of a group who derive from a strategic colonization in support of a kingdom that has not always supported them.  In fact, at about the same time as the Irish Republican Brotherhood was organizing for action in the South, Northern Protestants were entertaining a Northern Irish free state of its own in the early 20th Century, backed by the Kaiser, as an answer to the possibility of Irish Home Rule.  “We are not yours to give” was the general sentiment of Unionists to the British Government of the time.  The Kaiser, for his part, switched allegiances from Northern Protestants to Irish Republicans during World War I for obvious strategic reasons, but that did not quell Protestant anger at their exploited position which has occasionally taken firm stances in defiance of British policy.

The Loyalist position can best be summarized as one that neither wants to join a Republic within which they will become a hated minority overnight nor do they want the British Government to use them as an occasional bargaining chip, treated as a provincial second thought.

But both sides should realize that they are being targeted by the broader anti-White hatred of globalists around the world.  Neither Irish Nationalists nor Northern Loyalists will survive generationally if the trends of demographic replacement continue.  Both peoples are at grave risk.  The short-sighted strategy of Sinn Féin regarding migrants only serves to kill the native Irish.  Meanwhile, the Loyalists are caught between a libertine British Government that seems to think Whites are not worth keeping and a sclerotic Stormont assembly that piddles along.

At what point do both the Northern Protestants and the Irish Nationalists set aside their differences simply to survive?  The point of no return is upon us.  There is no benefit to either side avoiding cooperation for the sake of saving the very people they fought to preserve in the past.

Now, do I envision Paddy and John working together in a blissful wedding of forces?  Of course not.  But they can strategically cooperate on initiatives that lock out the brown hordes sent into their respective areas to replace their people.  It is hard for most Americans to appreciate the parallel infrastructure that both Loyalist and Nationalist paramilitaries were capable of employing in their power centers.  The closest thing would be the early Klan in the South, that acted as both an enforcement and justice mechanism for a deprived Southern people.  Ensuring shop keepers do not hire non-Irish… making replacements feel unwelcome in the wrong area… pubs politely decline to serve Mohammed… purple creatures accosting White women are engaged… and staying out of each other’s way – Nationalist and Loyalist – would go far beyond anything done, anywhere in the modern Western world.

Do you think it is crazy?  Hardly.  In 2005, I was sent to the Middle East to identify the supply chain that was being used by Al Qaeda to target American troops in Iraq.  In 2007, I was sent to Central Asia to do a similar study regarding the Taliban’s supply chain support in and around Afghanistan.  I traveled throughout Afghanistan, Pakistan, Uzbekistan, Kyrgyzstan, Iraq, Lebanon, the West Bank, Syria, the Iranian border… too many countries to count.  I found a great deal of cooperation among sworn enemies.

The general assumption of the U.S. Government was that Al Qaeda, a Wahhabi/Salafist entity, and the Taliban, a largely Pashto-Sunni phenomenon, would never cooperate with Shi’ite Iran.  After all, Iranians, and by extension Western Hazari Shi’ites, were targeted by Al Qaeda and the Taliban, respectively.  What I found was the opposite.  Yes, the Iranians experienced attacks by Sunni terror groups, but they also financially and materially supported them at the same time.  In other words, to confront the threat of American and Western hegemony locally, the Iranians and militant Sunnis set aside their differences and cooperated to target Americans and Western forces.  It worked.

Loyalist and Nationalist groups should consider similar cooperation, albeit a political and non-violent strategy, on a threat that is far greater than anything either party has experienced in the past.  It is time for a new Good Friday Peace Accord.  It is time to set aside differences for a cause bigger than themselves. 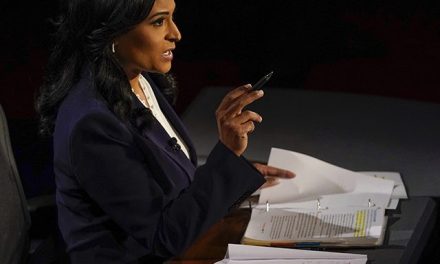 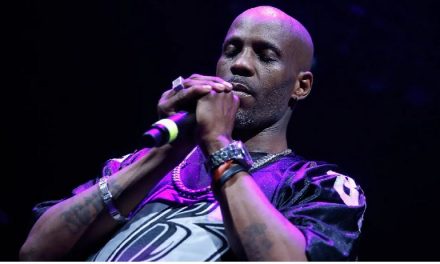 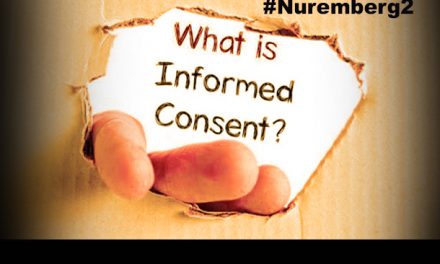