Following a number of exchanges between this publication and authors of The Pensive Quill regarding the relationship between right-wing Nationalists and the left-wing of Republicanism as of late, I found myself again considering how it has come to be that we are at loggerheads.

Firstly, I ought to clarify what is meant when I am using the terms “left-wing” or “right-wing.”

When I use “left-wing” or “new left” I am referring to the new generation of socially “left-wing” liberals, the “woke” students and the “progressive” middle-class. I mean those who would rather spend their finite political energy advocating for open borders, an end to immigration controls or decrying the ‘racism’ of Direct Provision, while their college course in English literature is paid for by Mam and their accommodation by Dad. When I say left-wing republicans or the old Left, I am referring to the historic left-wing of Irish society which was rooted in the working-class, defined by those involved in housing provision campaigns or fighting for better working conditions for the Irish people.

When I say “right-wing” or “right-wing nationalists” I am referring to a new generation of socially conservative Nationalists whose core beliefs are not that different from old republicans. We, who have been rehabilitated as “right-wing” by our ever-Americanised identity-politics culture, but whose aim of a United Ireland: not merely free but Gaelic as well, is unreconstructed. Needless to say, we are not the historic “right-wing” of the Free Staters and the money-man parties.

Des Dalton, formerly the President of Republican Sinn Féin, carried an interesting argument. Dalton, in quoting Tony Catney, recognises that there have always been right-wing Republicans, but stresses that the movement itself is of a left-wing “progressive” persuasion. Here is where I believe the misunderstanding between us arises, and where we can begin to reach a mutual understanding of each other’s views.

Carl Schmitt postulated that what chiefly motivates people’s politics is the “friend-enemy distinction.” In short, that you are generally on the side of those who you consider friends, and your politics develops in contrast to those you consider enemies. There is broad range as to the degree of this friendship/hostility so not everyone is either friend or foe, but that your political identity develops only when there is a contrasting viewpoint and where there are people who are mobilised by that view. Few would have considered themselves “anti-water charges” until there was an attempt to impose them by that horrible coalition between the neoliberals in Fine Gael and the “left” in Labour. If anything could sum up the distinction between the “old” and the “new” left, it would be how Labour acted in Government. Eamon Gilmore was more concerned with agitating for same sex marriage, than opposing water charges.

In recognising this, we begin to understand why it is that there is such hostility from some elements of the republican movement towards modern “right-wing” nationalism – because there has been no exchange of views, very little interaction and/or exposure to each other’s memberships, and a poisoned atmosphere inherited from the actions of previous generations and the vested interests in the State which wants to keep us apart. We have not developed a relationship informed by this friend-enemy distinction. Republicanism developed in conjunction and opposition to the old “right-wing” forces of the Free State over decades past but our brand of right-wing Nationalism is itself a new force in contemporary Ireland – there was no material to reference and no figures who would be contacted on our side to answer questions or explain viewpoints for those on the old Left.

I trust that is where our misgivings about each other began, which were then inflamed by the same liberal media that smears you as terrorists and us as racists – my generation conflated yours with the new left, your generation conflated mine with the old right. You believed we were fascists, we believed you were communists.

My generation’s idea of “right-wing” is not what has gone before us – we are not capitalists, we are not “pro-markets,” nor are we anti-National or stooges of Britain or America. We developed our identity in contrast to the “new Left” of the 00s, not the old traditional left of Sinn Féin. I think this is a major misunderstanding of each other, one where we are using the same words but with different definitions

When my generation speaks of being “right-wing” it is not that we have an interest in upholding capitalism or supporting the landed gentry, but rather we want to carry on the legacy of the “traditionalists.”  We support rearing families, we support a Gaelic cultural revival, we support the Irish business against the foreign business, the Irish worker against the foreign worker. We are, in all facets of our political understanding, unreconstructed Irish nationalists.

We hold very many of the same positions regarding society and culture, national identity, and self-determination. Thus the “new right-wing” and the “old left-wing” share many of the same viewpoints and beliefs, even if we use different words to describe ourselves. Can the same be said of the new “left” and traditional republicanism? Would anyone seriously believe that the Social Democrats really share as much in common with you, as we do? Did the hunger strikers really ‘die for gay rights’* as Sinn Fein’s Senator Fintan Warfield laid claim?

My generation of “right-wing” would see more in common with the economic and collectivist policies of Éire Nua than with anything produced by Fianna Fáil, Fine Gael, or Sinn Féin. The reason we consider ourselves right-wing is because we oppose the multiculturalism, abortion, immigration, and globalism of the new “Left.” We hold a deep disdain for Britain, despite what PBP or the other extensions of British Communists want to project about us.

As was put to us in another article in The Pensive Quill, my critique of the relationship between the new-left and left-republicans gave the impression of being a “self-critique” from someone on the left. I make no qualms about being called right-wing but the reason for that initial impression, again, is because I believe we are fundamentally the same thing.

A cordial relationship between distinct groups working towards national liberation would not be something unheard of in Irish Republican history. Gearóid Ó Broin (who was at one time a member of the Army Council) and Tomás Ó Dubhghaill (at a time when he served as Adjutant General) approved of Gearóid Ó Cuinneagain’s cultural and political movements in the 1940s. Seán Sabhat and Seán Garland served together in the raid on Brookeborough Barracks. Garland said of Sabhat that he found Sabhat to be “very kind… gentle’ and ‘[the] kind of person you would have as a friend.” (The Lost Revolution: the Story of the Official IRA and the Workers’ Party, 2009, p. 14)

Ultimately if we are to succeed in our collective struggle for national liberation, and national revival, it requires that we recognise that we are not enemies, but that we are the same people working towards the same objectives. That despite our decisions to use monikers which seem to be in conflict, we are friends and not enemies.

Yet there are serious questions we ask and which we hope you take the time to seriously consider before responding — What is important to you as Republicans? Are you content with being kept around merely as street enforcers by the same woke left that will turn on you when it becomes convenient? To be disposed of as an anachronism when international capital deems it time?  Or would you rather struggle against the system as we do? To make clear that there are still those who hold to the simple truth that Ireland belongs to the Irish and no one else? 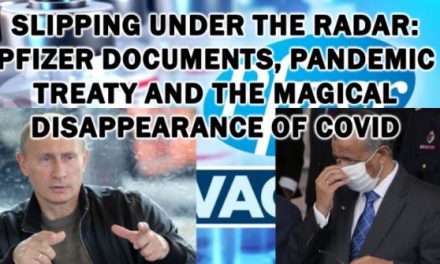 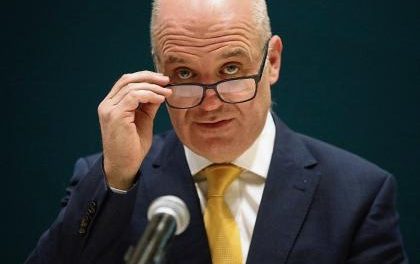