A new study based on interviews with 10 doctors who perform abortions in Irish hospitals reveals that our law is as exactly as terrible and brutal as predicted by pro-life campaigners.

The three researchers behind the study focused on cases involving so-called ‘fatal foetal abnormalities’ and asked the doctors who carry out abortions in these instances about their experiences of them.

They describe fights with other doctors who do not agree with abortion, or doubt that the case in question involves a lethal abnormality. They wish the law would go further. They admit that sometimes the aborted babies survive the termination and are then left to die. In addition, they admit that killing the baby in the womb is “brutal” and “awful”.

As our previous blog described, the study outlines the uncertainty around whether a particular baby’s condition is fatal. There can easily be disagreement among doctors about this, and likewise there can be disagreement about whether the baby will survive for 28 days or less after birth. Our abortion law says a termination on the grounds of a fatal conditions cannot take place if the baby will survive longer this. But how often can there be certainty about such a matter? Hence the fights with other doctors.

The paper says nearly all of the medics interviewed “experienced ‘conflict’ or opposition’ when discussing the fatality of cases”.

Over half encountered opposition from conscientious objectors to abortion. At least this shows that many doctors in our hospitals are still committed to the proper purpose of medicine, which is to preserve and care for life, not kill it. Some of the doctors interviewed described conscientious objection as “conscientious obstruction”, a revealing turn of phrase to be sure.

Horrendously they admit that sometimes when these babies are aborted by delivery rather than killing them while they are still in the womb (feticide), they can survive.

As the report puts it: “This generated concern for the FMSs (Fetal Medicine Specialists) as they are ‘unclear as to who will look after these babies’ if a baby is born alive following TOP (Termination of Pregnancy) by induction of labour and without feticide, resulting in them ‘begging people to help’ them in providing palliative care”.

Then the doctors describe what it is like to perform feticide on these babies which are often late into the pregnancy and therefore well developed.

The doctors “described feticide as ‘brutal’, ‘awful’, and ‘emotionally difficult’” They referred to feticide as ‘stabbing the baby in the heart’ (with a lethal injection). They held themselves responsible for the death of the baby. ‘I caused the death’, as one put it.

A couple of doctors, states the report, “referred to themselves as ‘doctor death’, dealing with death and dying or with opinions from others that they are ‘trying to terminate everything’”.

This should shock the conscience of the nation. It shows the brutal and brutalising reality of abortion. The doctors involved cannot hide away from the terrible fact that they kill fellow human beings. In fact, they describe frankly and terrifyingly what they do.

This is what we voted for, by a margin of two-to-one. It is what we have wrought. But did the public really know it would be like this? What would they think if the curtain was properly pulled back and they could see the awful reality of our abortion law? Would they recoil, or accept what is happening as the ‘unfortunate’ but necessary price of abortion? If the latter, then we really have gone to a very dark place as a country. 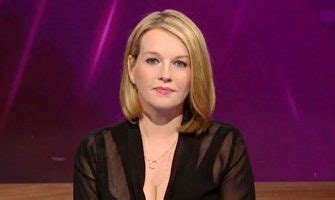