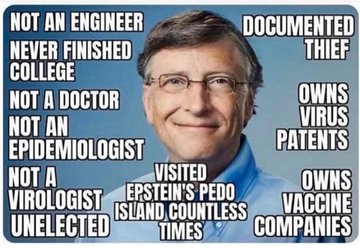 According to a recent article, published on The Liberty Beacon:

“Technology tycoon Bill Gates said life can get back to normal only when a second generation of Covid-19 vaccines is widely available and the virus is eradicated worldwide – a higher bar than was set for any disease in history.”(own emphasis) [1]

Despite Gates’ claims, however, the fact remains that neither he nor the medical profession have ever managed to find a vaccine that could eradicate the common cold, let alone the flu, therefore, it is highly unlikely that they will ever be able to discover a vaccine powerful enough to eradicate COVID-19 worldwide.

The Liberty Beacon presented in this article, which they had republished (and prefaced) from RT-USA News, that not only did Gates believe that vaccines could rid the world of COVID-19, forever, but also that he heavily criticized the current testing program and stated that the tests were worthless and often failed to come back within the allotted 24 hour period, and that the US COVID-19 testing system was the worst of any countryin terms of who gets access to it.

Gates may or may not be correct in his claims about the US COVID-19 testing system; however, it appears that he may have been concealing a hidden agenda.

Gates May Have a Hidden Agenda

According to a recent press release by the World Health Organization (WHO), in order to make available innovative tests priced at a maximum of US $5 for low- and middle-income countries (LMICs), Gates recently went into partnership with test manufacturers Abbott and SD Biosensor.

The WHO stated that:

“A set of agreements to make available, for low and middle-income countries, affordable, high-quality COVID-19 antigen rapid tests were today announced by the Access to COVID-19 Tools (ACT) Accelerator. Organizations involved in the milestone agreement include the Africa Centres for Disease Control and Prevention (Africa CDC), the Bill & Melinda Gates Foundation, the Clinton Health Access Initiative (CHAI), the Foundation for Innovative New Diagnostics (FIND), the Global Fund, Unitaid, and the World Health Organization (WHO).

As part of this comprehensive, end-to-end effort, the Bill & Melinda Gates Foundation has executed separate volume guarantee agreements with rapid diagnostic test (RDT) producers Abbott and SD Biosensor. These two arrangements will make available to LMICs 120 million antigen rapid diagnostic tests (Ag RDTs) –priced at a maximum of US$5 per unit –over a period of six months. These tests provide results in 15–30 minutes, rather than hours or days, and will enable expansion of testing, particularly in countries that do not have extensive laboratory facilities or trained health workers to implement molecular (polymerase-chain reaction or PCR) tests.” (own emphasis) [2]

However, just how effective these super-charged testing kits be remains to be seen, because, according to video evidence, even if you do not use the current testing kits and send them back untouched and unswabbed, you can still get a positive result! [3]

How Much Does Gates Really Know About Vaccination?

It is a documented fact that he has stated on many occasions that vaccinations have eradicated polio in India. In reality this claim has been proven to be untrue by the CDC in 2012, when they wrote a press release titled Update on Vaccine-Derived Polioviruses —Worldwide, April 2011–June 2012, which stated that:

“In 1988, the World Health Assembly resolved to eradicate poliomyelitis worldwide. One of the main tools used in polio eradication efforts has been the live, attenuated oral poliovirus vaccine (OPV). This inexpensive vaccine is administered easily by mouth, makes recent recipients resistant to infection by wild polioviruses (WPVs), and provides long-term protection against paralytic disease through durable humoral immunity. Nonetheless, rare cases of vaccine-associated paralytic poliomyelitis can occur both among immunologically normal OPV recipients and their contacts and among persons who are immunodeficient. In addition, vaccine-derived polioviruses (VDPVs) can emerge to cause polio outbreaks in areas with low OPV coverage and can replicate for years in persons who are immunodeficient.” (emphasis added) [4, 5, 6]

The CDC also wrote that:

“VDPVs can cause paralytic polio in humans and have the potential for sustained circulation. VDPVs resemble WPVs biologically and differ from most vaccine-related poliovirus (VRPV) isolates by having genetic properties consistent with prolonged replication or transmission. VDPVs were first identified by sequence analyses of poliovirus isolates.” (emphasis added)

However, true to form, after admitting that the oral polio vaccination could cause VDPUs, the CDC came up with a unique way of dealing with the situation. They stated that:

“To prevent VDPV emergence and spread, all countries should maintain high vaccination coverage against all three poliovirus serotypes.”

The Liberty Beacon find this information extremely worrying, especially as Gates is now stating that life can only get back to normal only when a second generation of COVID-19 vaccines is made widely available and the virus has been eradicated worldwide.

It appears that Gates truly believes that vaccinations are the answer to the current pandemic, but just how much this man actually knows about vaccinations is a complete mystery. In a recent interview with CBSN, when Gates was asked about the COVID 19 vaccine, a vaccine that he has personally donated billions of dollars into manufacturing, it became obvious that he knew absolutely nothing about the vaccination at all. [8] [9]

We say this because, during his interview, he appeared evasive; he continually stumbled on his answers, became increasingly uncomfortable, shifted around on his chair, and, at times, appeared totally incoherent. In the end, his apparent lack of knowledge and his general incompetence made the whole interview a shame. [10]

However, despite his lack of knowledge on the subject, Gates has continued to insist that we will only get back to normal once a COVID-19 vaccination has been made widely available.

He is so convinced that a vaccine is the only answer that he has stated on his website:

“The world is on the brink of a scientific achievement: A safe, effective COVID-19 vaccine will likely be ready by early next year. In fact, there will probably be more than one vaccine available. This is the development that will finally give the world the chance to eliminate the threat of the pandemic—and return to normal. Because we can immunize against the disease, governments will be able to lift social distancing measures. People will stop having to wear masks. The world’s economy will start running again at full speed. But elimination will not happen by itself. To achieve this goal, the world first needs three things: the capacity to produce billions of vaccine doses, the funding to pay for them, and systems to deliver them.”

He continued his statement by expressing his concern that lower and middle income nations of the world may be unable to fund the vaccine. However, he stated that:

“Even with an oversupply of vaccine, wealthy nations risk re-infection in this way because not everybody will choose to be vaccinated. The only way to eliminate the threat of this disease somewhere is to eliminate it everywhere. The best way to close this vaccine gap is not by shaming rich countries. They are doing something perfectly understandable—trying to protect their people. Instead, we need to vastly increase the world’s vaccine manufacturing capacity. This way, we can cover everyone no matter where they live. Remarkable progress has already been made on this front when it comes to therapeutics.Pharmaceutical companies have agreed to expand drug-making capacity by using each other’s factories. Remdesivir, for example, was created by Gilead, but extra quantities will now be produced in Pfizer factories. No company had ever allowed its factories to be used by a competitor in this way, and now we’re seeing similar cooperation when it comes to vaccines….”

“… This morning 16 pharmaceutical companies and our foundation signed an important agreement. Among other things, the companies agreed to cooperate on vaccine manufacturing and to scale up production at an unprecedented speed, ensuring that approved vaccines are broadly distributed as early as possible.”

In conclusion, he stated:

“In addition to the manufacturing capacity to make them, we also need the funding to pay for billions of vaccine doses for poorer nations. This is where the ACT Accelerator can help. It’s an initiative supported by organizations like Gavi and the Global Fund. Not many people have heard of them, but they have spent two decades becoming experts in the task of financing vaccines, drugs, and diagnostics. Pharmaceutical companies have made the financing easier, foregoing profits on any COVID-19 vaccine and agreeing to make them as affordably as possible. But public funding is needed, too. The United Kingdom is a good model for what other wealthy nations should do. It has donated enough money for the Accelerator to procure, probably, hundreds of millions of vaccine doses for poor countries. I hope other nations are as generous.” [11]

From his statement on his foundation’s website, it appears that despite knowing very little about whether or not these vaccinations carry a risk of adverse reactions, or indeed how many doses of the vaccination will be required, he is super confident that this vaccination, about which he knows absolutely nothing, as evidenced in his interview, is the answer to ridding the world of COVID-19.

Surely, this information should be sending alarms bells ringing in everybody’s ears. 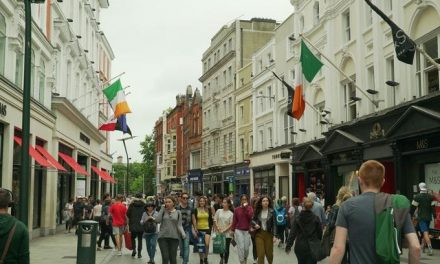 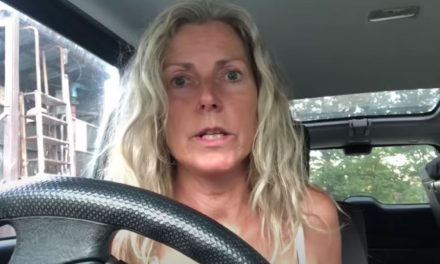