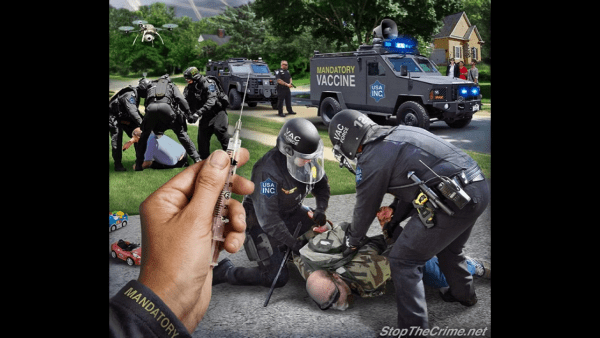 “Those who would give up essential liberty, to purchase a little temporary safety, deserve neither liberty nor safety.”  Benjamin Franklin (1706-1790)

I feel like Dorothy in the Wizard of Oz, when she finds herself in a whole new world to the one she fell asleep in. The speed of the changes that Dorothy experienced from a cyclone have been matched by the speed at which society has found themselves immersed in a government induced reality that may never recover.

These rocket speed changes have created a society on the brink of an emotional meltdown.  With the fever pitch of our pandemic-induced hysteria, we hurry to surrender our freedom for protection from a virus, one of the hundreds of thousands we have evolved with since the dawn of man, without having honest facts on the numbers affected, the accuracy of the tests used, the risks from masks, the damage of social isolation on the elderly, the effects on domestic violence, the impacts on children living in fear of touch or the certain increase of suicides caused by mass unemployment.

If all the hype and fear mongering by government seems vaguely familiar, that is because we have been fear mongered to on many occasions. Remember the Swine flu pandemic that never arrived or the threatened SARs virus, or Ebola, or Bird-flu? Each was used to panic the herd into giving over more and more freedoms in the name of security by a PR created villain.

After each supposed pandemic it turned out that this was another drive by big pharma to push untested vaccines that made them rich while hiding behind industry driven legislation that absolves them from prosecution over the millions of deaths and injuries caused over the years in our increasingly over medicated society.

Like Dorothy we all woke up to find that a medical coup had taken place by an unaccountable technocratic overlord – Bill Gates. I don’t know who died and made him king, but why is he suddenly telling the world what to do? Did we have an election that I missed? Why are elected officials listening to a rich unaccountable self-appointed non-medical person on a health issue?

Under this tyrant’s leadership the situation is heading toward microchipping, body metric technology, forced 5G and mandatory vaccinations all without our approval…is this the world that you want for yourself and your loved ones?

Bill Gates intends to vaccinate the global population against COVID-19, and then track and monitor each one through digital surveillance.

Check out these patents to get a better idea where this guy is heading the world: The TRACE congressional bill no. 6666 https://www.congress.gov/bill/116th-congress/house-bill/6666/text

This is the world that a group of Cardinals, Bishops and Pastors of the Catholic Church and other Signatories to their Appeal of the 7th May 2020 are warning us is coming if we fail to act. What follows are excerpts from their longer carefully worded letter to be found in full at:

“The facts have shown that, under the pretext of the Covid-19 epidemic, the inalienable rights of citizens have in many cases been violated and their fundamental freedoms, including the exercise of freedom of worship, expression and movement, have been disproportionately and unjustifiably restricted. Public health must not, and cannot, become an alibi for infringing on the rights of millions of people around the world, let alone for depriving the civil authority of its duty to act wisely for the common good. This is particularly true as growing doubts emerge from several quarters about the actual contagiousness, danger and resistance of the virus. Many authoritative voices in the world of science and medicine confirm that the media’s alarmism about Covid-19 appears to be absolutely unjustified.”

“Let us not allow centuries of Christian civilization to be erased under the pretext of a virus, and an odious technological tyranny to be established, in which nameless and faceless people can decide the fate of the world by confining us to a virtual reality. If this is the plan to which the powers of this earth intend to make us yield, know that Jesus Christ, King and Lord of History, has promised that “the gates of Hell shall not prevail” (Mt 16:18).”

If you are telling any kind of truth and you can prove it, you are censored by the lamestream media during this orchestrated pandemic. There are doctors and scientists all over the internet questioning the need for a lockdown, the truth about the numbers of deaths, the truth about the respirators, the truth about alternative proven cures, BUT not on Mainstream censoring media. Every channel is telling you that mandatory vaccination is the only solution…OH REALLY! Remember when the Chinese had the Bird Flu years ago and cured it in weeks with an herbal remedy? Chinas’ answer to the present pandemic has been to fire high doses of vitamin C into Wuhan and they all went back to work. So why is mandatory vaccination the only solution our technocratic overlord is offering? The answer is simple…FOLLOW THE MONEY!

It comes down to patents on a dodgy vaccine that needs no testing because all liability was removed by President Regan in 1986 leading to the present day vaccine only solution that will make Gates and his cronies trillions while stripping us of any freedom of choice or travel without a vaccine ID card or a chip. It is evident from Gate’s patents that this shot will contain Nano technology designed to genetically alter you and aid tracking.

Remember the moment Dorothy pulled back the curtain only to find it was the wizard with a megaphone? Listen to what un-censored doctors are saying that scares Gates into censorship overdrive.

Dr Sherri Tenpenny, a vaccine expert, speaking on Londonreal.com said; “The whole concept of vaccination is the biggest lie ever perpetrated on humanity.” She is pointing out that every vaccine has side-effects and that every side effect needs medical intervention, whether it’s seizures, paralysis or narcolepsy which vaccines have been shown to cause.  “Now we are developing vaccines in response to problems we’ve caused with vaccines.” A business model from heaven for big pharma…FOLLOW THE MONEY!

Dr Dolores Cahill is qualified in Molecular Genetics and Immunology. She has run a level 3 bio-lab and is a lecturer at University College Dublin. Her take on the treatment of Corona is in stark contrast to the vaccine only approach of the Gates funded WHO.

Dr Cahill appeared on the Highwire.com program on May 14 2020 armed with scientific studies proving the danger of introducing a vaccine to a world population who have already gained life-long immunity to this particular virus while discussing suppressed cures, lack of safety testing and the reasons why a safe corona vaccine is not possible.

When asked if there was a need for mandatory vaccination Dr Cahill stated that there was NO NEED FOR A VACCINE because the virus had already circulated the planet, herd immunity has already happened in most populations and certainly would have if not for the lockdown.

“Once you have recovered from this virus you are immune for life.”, said Dr Cahill. SinceThere’s no money in her message for Big Pharma you have not heard it on NBC, CBS, or any media outlet.

Dr Cahill has called for all world leaders promoting this deliberate wrong approach and their advisors to stand trial for crimes against humanity. “The Government and media have been hyping up the fear to give a rational for a policy with no scientific or immunological basis.”

There has been no Corona vaccine in 17 years because when trialled on animals, they created robust anti-body reaction that seemed successful but when challenged with a wild corona virus it created a cytokine storm leading to serious adverse events and a number of deaths.

When the US Military injected soldiers with a vaccine during influenza season 2017-2018, their anti-body count was as impressive as the animal model, but once these vaccinated soldiers were exposed to a wild strain they had a similar reaction to the animal trial.

The worry expressed by Dr Cahill is; “If all the world population are vaccinated and then a Corona virus circulates the planet in a few years there could be hundreds of thousands of deaths.” People who receive the seasonal flu shot or any other vaccine cultured in dog, monkey or chicken cell lines contaminated with corona run a higher risk of a serious adverse reaction to COVID. That could explain the large number of deaths in Wuhan and Northern Italy where the population had received flu shots prior to the outbreak.

There is a cheap and effective solution to the COVID threat that the government and their advisors are well aware of but failed to inform the public. Vitamins D, C along with Zinc, if given at the beginning of flu season it would reduce the symptoms enormously. Follow this with one tablet of Hydroxychloroquin, which has been used for treatment of malaria for 60 years and the treatment of arthritis for 20 years, taken in conjunction with Zinc and AZT leads to a quick recovery. This cure is being used on doctors and nurses in the NHS in Britain, so why not the rest of us…FOLLOW THE MONEY!

“By wearing a mask exhaled viruses already in your body will not be able to escape and will concentrate in the nasal passages, enter the olfactory nerves and travel into the brain.” – Russell Blaylock, MD

This is one of the dire warnings given by Dr Blaylock, a neurosurgeon, on the many dangers from wearing a mask that will not protect you from COVID but will cause oxygen depletion in the blood as well as other hazards.

Quarantining for this respiratory virus makes absolutely no sense either, as we don’t do it for other more infectious and deadly respiratory viruses that have been circling the earth for decades.

MASKS OFFER NO PROTECTION therefore there is NO REASON FOR SOCIAL DISTANCING except where people have underlying health conditions. Sweden never locked down and did it without mandatory masks, so why are we being forced to wear them? FOLLOW THE MONEY!

In Conclusion We are in this self-imposed prison from years of blindly following the rules, listening to fake mainstream news and bought civil servants leading us into an Orwellian fear based system of absolute control. Government agencies we believed were working on our behalf have failed us. If we don’t take our lives back and SAY NO in every way possible, future generations will live in oppression with little hope of health or liberty ever again. 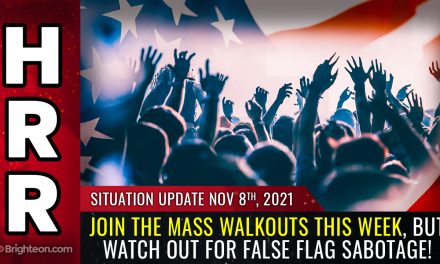 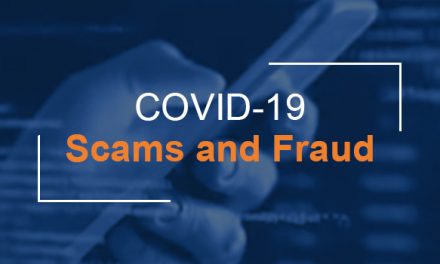 German Doctors blowing the lid on the Covid-19 scam, representing over 1000 Doctors.