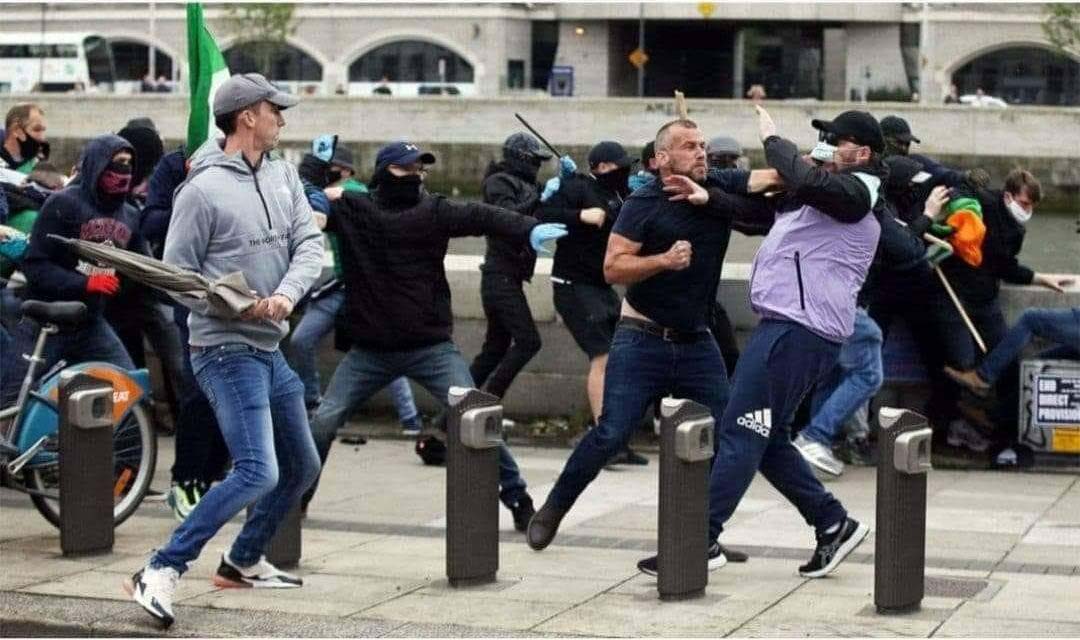 Five years ago, Identity Ireland were attacked on the Luas by members of Antifa. This assault ended up marking the end of the inept political party, which has degenerated into a YouTube channel which posts once a season.

That attack, in quite brutal terms, was a showcase of the power of street-level activism and what political violence can achieve. The ‘Nationalists’ (if they can be called that) of Identity Ireland were humiliated, and, as such, weren’t heard from again.

I remember in 2018 attending an anti-Direct Provision centre meeting in Wicklow, at which Gearóid Murphy among others gave voice to the unease which hung in the air. Up to late 2018, we essentially organised in an asymmetric manner – we would go where we want without forewarning, do what we wanted, and leave. This was crucial in rebuilding the brand of right-wing nationalism to which we were and are imbibed. It gave us the space to spread our message, to make ourselves known, and to reassure those who share our views that they are not alone. There was a lot of high-impact set-pieces, like the first unfurling of an “Ireland Belongs to the Irish” banner.

Over the last two years however, something has changed. It’s as though the air in Dublin City has taken on a new character, something that began more-or-less with the Barrow Street and Free Speech protests outside Leinster House. These demonstrations put faces which had circulated online for years into the real world, in the tangible.

And over the last number of months this has accelerated even faster. The General Election saw us for the first time flex our electoral muscles, to get to grips with how the game is played. At the March for Innocence/anti-Paedophilia Rally outside Leinster House only a few short weeks ago, up to two thousand Irish people marched to have Roderic O’Gorman ousted for his ties to Peter Tatchell. At the same event, “antifa” actors had their speakers kicked in, their banner stolen and burned.

Intent on securing revenge, fewer than twenty of them tried to charge a protest at the Custom House. Videography and imagery circulating from the event shows quite clearly the result – one Antifa member knocked unconscious for fifteen minutes and later allegedly escorted to hospital. Others knocked to the ground with the imminency of being flung into the River Liffey only averted by the arrival of Gardaí.

This is how truly frail “anti-fascist” organisations have become. Now, I will try to explain why.

Dissident Republicans, the kind who would have and could have run people off the streets, have been largely pushed aside by a kind of effete, weak, feminine-type of ‘Socialist’ college student. It wasn’t in vogue for people from Whitehall to be affiliated with working-class Republicans, having a commitment to any kind of Ireland wasn’t something the “new” Antifa wanted.

Sure, they would have a tricolour in their Twitter bio (alongside the Palestinian flag and the gay flag, never on its own), or they’d put up the occasional Facebook post espousing their commitment to a United Ireland. But only if that was a United Ireland of the Fintan Warfield-variety. An Ireland which was no different to New York or California. The shooting of Lyra McKee made the wholesale disavowal of Saoradh by their former friends in the liberal-left inevitable.

The mistake dissident Republicans made when allying with the Left was that they expected loyalty, but there’s no loyalty in bourgeoise capitalism or Woke Liberalism. These people are ultra-individualists, they don’t ­actually care about Republicanism, or a United Ireland, or our history, or the survival of our Nation. The new Left only care about what they can get from a transaction – that’s why they have abandoned the working-class, that’s why they have abandoned Republicans.

The inability of the Left to challenge the Right on the streets was highlighted a number of weeks ago where it was acknowledged and, essentially, conceded. Right now, the Right can put more people on the street, and has the upper-hand in any physical engagement. The Left is intellectually and ideologically drained, they have nothing new to say, nothing exciting to add. Who knew 22 year old girls with Dad’s bank account wouldn’t have an interest in street protests? Who could have known that working-class Nationalist young fellas could smash-up middle class Reds?

It is clear that the nationalist Right is in ascendance on the streets of Dublin, and I would like to take this moment to reach out a hand to any Republicans that have yet to join us: We want the same things you do; we believe the same things you do. Come out and talk to us, see us face to face, understand that we want to achieve the exact same future for Ireland: an Ireland where the Planters have been sent home, where Ireland is united and free, where the Irish language reigns supreme, where children can be reared and families raised on a normal wage. We want an Ireland where the working-class and the middle-class don’t have an unspoken class divide, but where we view each other as equals, as Irishmen first and as Irishmen last.

The Yuppies have already abandoned you before, so why hold out for them? If, somehow, we on the nationalist Right disappeared tomorrow, you’d be the next target on their list. They want to atomise Ireland, to delete it from existence and replace it with Netflix, Starbucks, and Brown Thomas. Your commitment to a united Ireland in any form is anathema to them. They’re never going to like you. 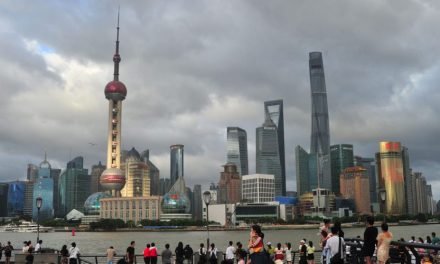 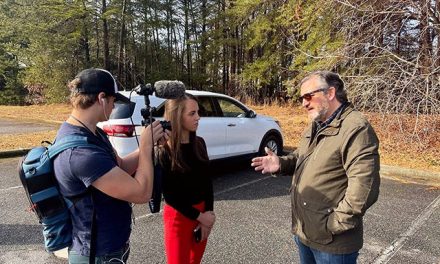 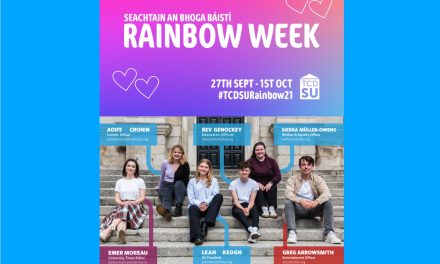