As thinking Americans try to navigate the daily barrage of propaganda surrounding Covid-19 vaccination, it is all too easy to be preoccupied with the domestic situation. However, Americans who care about upholding the internationally established human right to prior, free and informed medical consent—and the right to reject being a guinea pig for medical experimentation—should be deeply concerned about unfolding developments in the European Union (EU), which—let’s not forget—represents the world’s third largest population after China and India.

As summarized in a June 26 press release  by the Belgian watchdog group Initiative Citoyenne (“Citizens’ Initiative”), the European Commission—the EU’s Brussels-headquartered executive branch—“has taken it upon itself to place an urgent order for coronavirus vaccines, without a glimmer of transparency.” According to a report in L’Echo magazine on June 11, the Commission is wrapping up advance purchase contracts with several pharmaceutical companies for Covid-19 vaccines with the aim of “vaccinating the entire European population as rapidly as possible.” The Commission has stated that it plans to obtain 300-600 million doses, “depending on whether one or two doses [of vaccine] per person are needed.” Concurrent press reports refer to the possibility of an EU-wide coronavirus vaccine mandate, quoting Belgium’s Minister of Justice as saying, “If they refuse, we’ll force them.”

To shine a light on the European Commission’s behind-closed-doors deal-making, a lawyer working on behalf of Initiative Citoyenne sent the executive body a letter  on June 24 requesting the disclosure of all public coronavirus/Covid-19 vaccine procurement contracts and related documents—information to which the public is legally entitled. The Commission must respond within 30-60 days. As spelled out in the letter, the requested documents encompass information about the procurement of coronavirus vaccines or vaccination equipment, including syringes; the scientific support documents relied on by the Commission to make its decisions; and the opinions of other administrative bodies consulted prior to preparation of the contracts.

The Initiative Citoyenne press release points out a further element of concern pertaining to the European Commission’s rushed deliberations—namely, that the EU appears poised to give vaccine manufacturers a free regulatory pass by waiving “certain environmental protection laws such as the use of GMOs.” In 2001, the EU placed a de facto moratorium on further approvals of GMO crops, but this has long rankled GMO proponents. Europeans who value the precautionary principle and their region’s restrictions on GMOs in foodstuffs and animal feed need to understand that the genetically engineered, nanoparticle-laden coronavirus vaccine concoctions headed their way are likely to make the GMOs in food seem quaint by comparison. Never has it been more urgent for citizens—whether in Europe, the U.S. or elsewhere—to insist on transparency and hold the governmental bodies making life-and-death decisions to account. 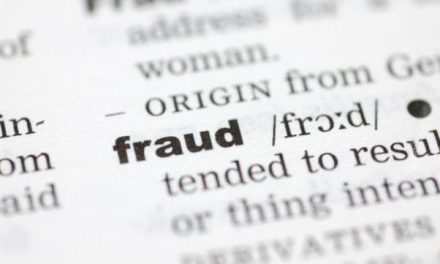