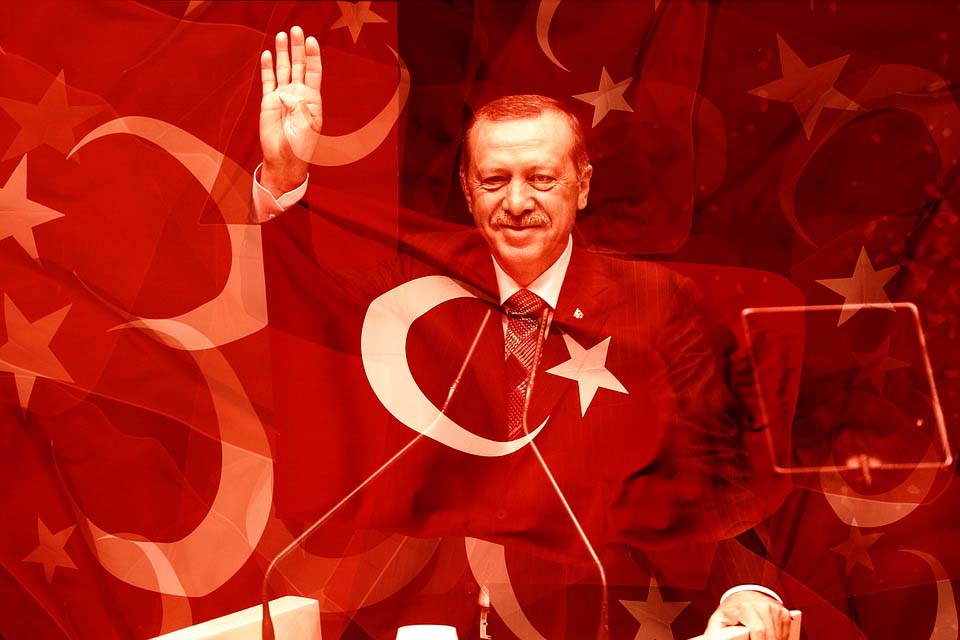 Turkish President Recep Tayyip Erdogan has clearly decided to launch an offensive on multiple fronts, taking advantage of what he clearly perceives as a geopolitical vacuum. From his recent call to Islamic prayer at the Hagia Sophia in Istanbul, to his breaking of the arms embargo to back the Tripoli regime against the advance of General Khalifa Haftar’s Libyan National Army in the East, from continuing military presence inside Syria to refusal to stop drilling for oil and gas in waters off Cyprus, as well as actions in Africa, Erdogan is clearly in an aggressive mode. Is there a larger strategy behind all this, far more than as a diversion from domestic Turkish economic problems ?

In recent weeks the Erdogan government has made aggressive moves on multiple fronts that have led many to question their overall aims. In Libya Turkey’s Erdogan has boldly made moves to give arms, soldiers and other support to the embattled Libyan Government of National Accord (GNA) in Tripoli of Fayez Mustafa al-Sarraj.

In December 2019, Erdogan signed a military cooperation pact with the UN-recognized and highly unstable Tripoli government to counter the offensive mounted by Gen. Haftar’s Libyan National Army, based in the oil-rich east of Libya.

On June 7 the Cirkin, a Tanzanian-flagged cargo ship, sailed from Turkey to the Libyan port of Misrata. It was joined by three Turkish warships, leading France and others to believe it was smuggling arms to Tripoli to fight Haftar, a violation of the UN arms embargo. When a Greek (NATO) helicopter sought to board Cirkin to check if arms were being smuggled, the Turkish warships refused, leading a French (NATO) frigate, Courbet, part of a NATO maritime security operation, to approach the Cirkin. Turkish warship radar immediately light up the Courbet with its targeting radar forcing the Courbet to withdraw and the Cirkin landed in Libya. France has filed an official complaint with NATO about the Turkish (NATO) hostile actions. The details remain murky and chances are NATO will try to keep things quiet rather than force a rupture within the alliance.

Significant to note is that Haftar’s military move on Tripoli to end the division of the country is backed by Russia, UAE and Jordan. Since the US-initiated Arab Spring series of destabilizations from Egypt to Tunisia to Libya and, so-far unsuccessfully, in Syria, Libya has since been ravaged by tribal wars following the assassination of Muammar al-Qaddafi in October, 2011.

The most recent Turkish move in May enabled the GNA and Turkish-backed troops to destroy the LNA’s air defenses in Watiya air base, including a Russian Pantsir-1 battery ad with support of Turkish troops, to take control of the key base. When Russia reportedly transferred six warplanes from Syria to Libya in response, Erdogan threatened to bring Turkish Air Force warplanes over to bomb Haftar’s troops.

At the same time Erdogan has been in negotiations with Algeria to sign a defense pact with the Libyan Government of National Accord (GNA) in Tripoli. GNA control of al-Watiya not only puts a stop to Haftar’s use of the facility to mount air raids on GNA forces in Tripoli. It also gives Turkey a strategic base for building up a military presence in Libya.

Another key ally of Erdogan in the region is Qatar, which was sanctioned by Saudi Arabia and other Gulf Sunni states over Qatar’s support for the Muslim Brotherhood. The Qatari al-Jazeera TV has been called a Muslim Brotherhood mouthpiece. On the weekend of July 18, Erdogan’s Defense Minister Hulusi Akar met Qatari Emir, Prince Tamim Bin Hamad Al Thani. They reportedly discussed moving Somali Jihadist fighters, trained in bases in Qatar, into Libya to take part in a Turkish planned major assault on Sirte. A recent Pentagon report estimated that Turkey has already sent between 3,500 and 3,800 paid Jihadist fighters to Libya from Syria to strengthen the GNA’s army.

The Israeli Debka.com notes the significance of the Turkish military moves with Tripoli and Algeria: “If Erdogan succeeds in harnessing Algeria to the Libyan GNA, which is already tied to the Turkish chariot, he will be able to shift the balance of power in a broad, volatile region. His military gains in Libya already bring him into position to impact the security of its North African neighbors – not least, Egypt – as well as Mediterranean navigation between that continent and southern Europe and the offshore oil projects in between.”

Erdogan and the Muslim Brotherhood

Much of the recent alliance strategy of the Erdogan regime since Turkey broke its peaceful relations with neighbor Syria in 2011 and began backing various Al Qaeda-linked terrorist groups to topple the Assad regime, makes more sense when the ties of Erdogan to the highly-secretive Muslim Brotherhood are understood.

In an interview with Russia -24 TV in March, Syrian President Bashar al Assad stated openly that Erdogan was Muslim Brotherhood, who put the global agenda of that terrorist organization above that of his own country. Assad stated, “At a point in time, the United States decided that secular governments in the region were no longer able to implement the plans and roles designated to them…They decided to replace these regimes with Muslim Brotherhood regimes that use religion to lead the public…This process of “replacement” started with the so-called Arab Spring. Of course, at the time, the only Muslim Brotherhood-led country in the region was Turkey, through Erdogan himself and his Brotherhood affiliation.“

Erdogan had openly greeted the ascendency of Muslim Brotherhood Egyptian President Mohamed Morsi, pledging five billions in aid. Then a Saudi-backed military coup ousted the Brotherhood and brought General Abdel Fattah el-Sisi to power, much to the displeasure of the Obama Administration and Erdogan. Since then el-Sisi has imposed a severe ban on Muslim Brotherhood activism in Egypt, executing countless leaders and driving others into exile, many reportedly to Erdogan’s Turkey. Saudi Arabia, UAE, Kuwait, Jordan and Bahrain have also banned the MB, accusing them of trying to topple their Monarchies. This creates a massive geopolitical fault line across the Arab world.

Similarly, until his recent ouster in April, 2019 after a 20-year rule, Sudanese strongman dictator, Omar al-Bashir, was said to also be a member of the Muslim Brotherhood.

With those two major allies, Egypt and Sudan lost, Erdogan is clearly trying new flanks to widen his and the Brotherhood’s influence globally. This explains his major effort to intervene into Libya on behalf of the Muslim Brotherhood-backed Tripoli GNA. The Turkish President has already sent Turkish troops to Libya to bolster Sarraj, along with drones, military vehicles, and thousands of Syrian mercenaries from Faylak al-Sham (The Syrian Legion), a Muslim Brotherhood affiliate.

What is the MB?

The Muslim Brotherhood is a freemason-like secret society with a public “friendly” façade and a hidden military Jihadist inner side. The MB officially renounced violence in the 1970’s, but their decree had many loopholes.

The Muslim Brotherhood or al-ʾIkḫwān al-Muslimūn, was created in British-ruled Egypt, then legally part of the ottoman Caliphate, in 1928 in the wake of the upheaval of World War I and the dismemberment of the Ottoman Empire. It was allegedly created by an obscure Sunni Muslim school teacher named Hassan Al-Banna. Much like the Jesuit Order of the Catholic Church, the Brotherhood of Al-Banna concentrated on a special education of youth, presenting the outside world with a façade of charity and good works while concealing a deadly and ruthless inner agenda of power by force.

From almost the outset, his secret society had the sole aim, no matter how difficult and long the task, to re-establish that Caliphate, to establish a new Islamic rule over not just Egypt but the entire Muslim world. Indoctrination included insistence on absolute obedience to the leadership; the accepting of Islam as a total system, as the final arbiter of life.

“Allah is our goal; The Prophet is our Leader; The Qur’an is our Constitution; Jihad is our Way; Death in the service of Allah is the loftiest of our wishes; Allah is Great; Allah is Great.” This was the Credo of the MB established by Al-Banna. Later Al-Banna wrote, “Victory can only come with the mastery of the ‘Art of Death.’ A martyr’s death fighting for establishment of the new Caliphate is the shortest and easiest step from this life to the life hereafter.”

Al-Banna’s Brotherhood took early contact with Nazi Germany in the 1930’s. The MB secret military arm, the Secret Apparatus (al-jihaz al-sirri), in effect, the “assassination bureau” was headed by Al-Banna’s brother, Abd Al-Rahman Al-Banna. Nazi agents came from Germany to Egypt to help train the Special Section cadres and provide money as well. Both the Nazis and Al-Banna shared a deep anti-Jewish hatred and the Brotherhood’s Jihad or Holy War was aimed in large part at Jews in Egypt and Palestine.

Hassan Al-Banna introduced the idea of a special kind of death cult within Islam. This aspect of the Brotherhood became the wellspring later in the 1990’s and after, for virtually all Sunni Islamic terrorist organizations, with the spread of Salafist Jihadism and the radical Islamic groups such as Al Qaeda or Hamas. In many respects, Al-Banna’s Sunni Islamic death cult was a revival of the murderous Assassins Cult or Islamic hashshāshīn during the Holy Crusades in the Twelfth Century.

Al-Banna termed it, “the Art of Death” (fann al-mawt) or ”Death is Art” (al-mawt fann). He preached to his followers that it was a kind of saintly martyrdom to be devoutly honored, that it was based on the Qur’an. During World War II leading figures from the Muslim Brotherhood lived in Berlin and worked directly with SS head Himmler to create terror brigades to execute Jews and other enemies of the Reich. In the 1950’s, after the war, the CIA “discovered” the effective anti-communist fervor of the Brotherhood and began a decades-long collaboration, initially supported by the Saudi Monarchy. Osama bin Laden was said to have initially been a devout Muslim Brotherhood member.

This is the organization behind Erdogan’s military agenda in Libya and far beyond. It bodes ill for any illusions of diplomatic agreements to end the wars either in Syria, Iraq or Libya and beyond. 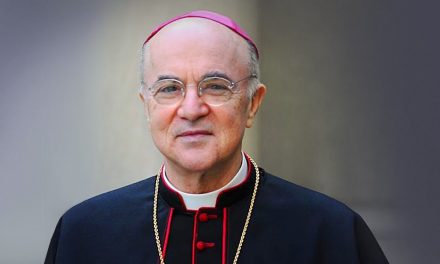 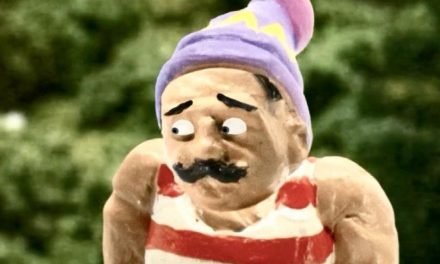 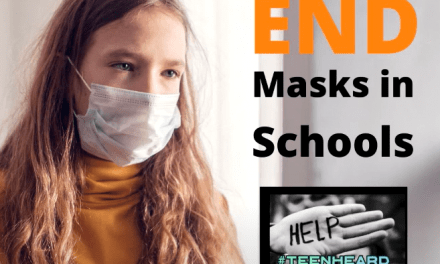