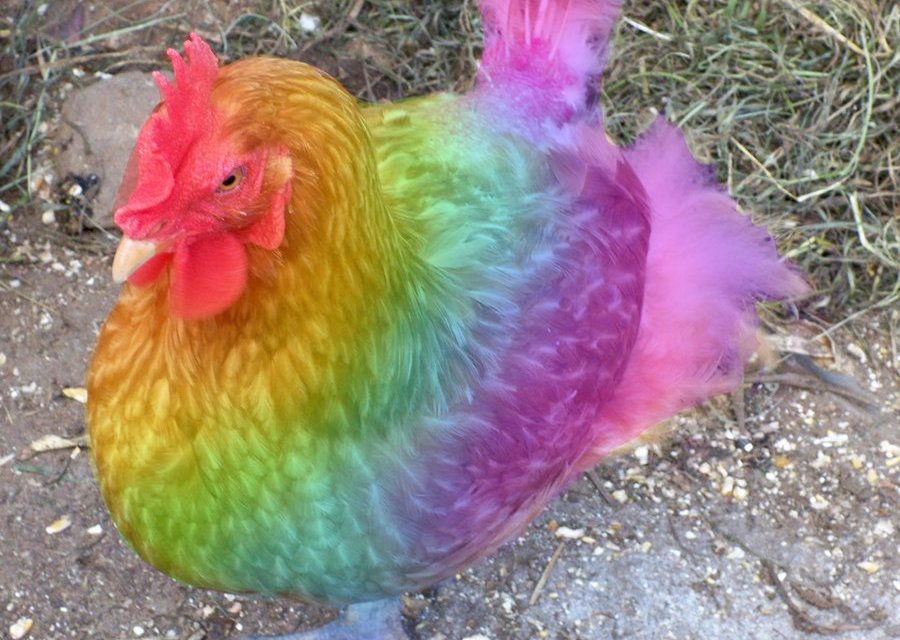 It’s New year’s Eve, 2050, and I’ve just walked into a new local bar in downtown New Normalville where I’ve lived in my cubicle for the past 24 years. The bar is called The Alphabet Soup Kitchen.

These days nobody cooks, everyone eats out and I’ve heard the food is good here, if expensive. I’ve even heard you can get a bacon and egg roll, albeit, artificial. It’s been such a long time since I’ve had anything remotely resembling meat, although I did see a video on The Rewilding Channel of a herd of wild bison running through what used to be a village last week. The public can’t have bison to eat, of course. They’re for our masters only because they tell us they have to suffer eating meat to keep us safe from the blood and gore of carnivorous behaviour and they have to be eaten to stop them overpopulating and coming into our town. They really know how to look after us.

These days there are no bars to sit around like my grandfather used to tell me about, but we must line up to have our temperatures taken and be seated in a dome with only 2 seats. However, the other seat is not for a friend; that is forbidden due to the risk of disease spread, no matter how mild the disease.

I finally take my seat in my bubble and use the self-cleaning touch screen to activate the order menu where the first screen shows me a range of eating companions to choose from. This is mandatory. You must have a dining companion authorised and disease free, and must answer any questions they may have regarding your personal life, what you’ve done and where you’ve been recently. This isn’t to find out what you may or may have done, it’s simply verification of records already on file through your personal track and trace chip.

The dining companion menu appears and I’m given a long list, complete with 3D images, clothed and nude, including gender identity information. But I’m confused.

Just to be clear, it’s been a while since I was in a bar, but as I mentioned earlier, eating out is now the norm as it’s now impossible to buy food after the agricultural revolution of 2030 when all farms were shut down to prevent global warming by stopping the release of methane through farts and belches of cattle, sheep, pigs and even the humble chicken. All domestic farm animals were slaughtered and burned and this was hailed as a great step forward in the battle to save us all from a sun tan. But there are farm animals on the dining companion list, although I’m a little unclear if this comes as an extra service with another companion, purely for communication purposes, and I can’t quite understand the need to shave them for the nude pictures. These are also 3D.

The list consists of LGBTIQPBTS. A quick glance fooled me into believing this was a foreign language bar but then realised this was the gender identity list. My choices are….

Having given it some thought I wondered where the H was in the list. I wanted a Hetero to talk to as I’m more comfortable giving up my private information to someone who is not undressing me with their gaze as I chomp on my GM celery and carrot sticks, if the bacoplast egg bun is off the menu.

Sado was an immediate no-no as I wanted to eat in peace without being burned with electronic cigarettes and whipped in such a confined space; well actually not anywhere.

Trans was also a no-no for me as a man in a dress I find very disconcerting; they’re usually big fat guys with especially big hairy hands and like discussing fashion and accessories which is not a subject I don’t know much about.

Beast I was tempted by as I’d never seen a real farm animal, not even a cat or a dog, and wondered if there was any possibility of smuggling one out of the place for supper but quickly set that aside when the small print informed me that all animals were micro-chipped to prevent their abduction.

Pedo had no appeal at all as these types tend to be creepy at best, Antifa members or public officials, of which I’ve had a few run-ins in the past and had no interest in repeating. I also knew they wouldn’t be attracted to a 35 year old rather indifferently attractive male, so conversation would be limited to baby talk and I may have to buy them some milk formula and a bottle. My funds were limited.

Queer? I had no idea of its meaning, so that was also out straight away, no pun intended.

Trans was a strange one because I would have no idea of what I was getting so declined that too.

Gay and Lesbian I understood, but since I wasn’t Gay or Lesbian, how could I be? I crossed those off the list too; which left me with a dilemma. I would not be allowed to eat alone.

I used the touchscreen to call the robo-waiter and asked if there were any other choices for an eating companion. Could I have a robo-waiter perhaps?

Amid a myriad of flashing lights indicating consternation on the part of the robo-waiter I was informed that no other choices were available. At this point I was getting extremely hungry and impatient to get my artificial bacon and egg roll that I had the temerity to ask if there was any possibility that I could have a Heterosexual eating companion. The disco lights went off again and I was informed, in a rather irate robotic tone, that Hetero was out of stock for the foreseeable future, and perhaps permanently as they were becoming a rare commodity.

This further confused me as I was a Hetero, but I immediately saw a potential job opportunity. I had been unemployed since birth so I actually had no idea what this term meant but I had seen it on the one and only authorised TV channel, UN TV. I asked to speak to the manager-person.

I waited for a while, running through in my mind what to say when the manager-person showed up. However, that turned out to be problematic and I was thrown completely off guard as I was greeted by a very large individual in a dress, with the giveaway big hairy hands, carrying a baby and a chicken. The baby sported a rather fetching dog collar and body piercings and a barcode on its forehead. The chicken wore a tutu. I guess I should have revised my Educate & Celebrate school training manual before coming out to be prepared for this, but unfortunately my grandfather had burned that the day it came home in my collection of school books along with, ‘Why hedgehogs make bad bedfellows but rabbits go all night’, ‘Bend over and enjoy the pain’ and ‘It’s only abuse if they scream; but they might just be having fun’.

That left my junior school years in turmoil as my grandfather was taken to a re-education camp, I never saw him again, and I couldn’t afford to pay for new books. So my sexual proclivity education was not up to scratch.

The manager-person entered my dome, not in any personal physical sense, but simply sat down, propped the baby up next to him and continued to stroke the chicken in his lap with a strange look on his face.

“Well,” I replied, I was just communicating with RUPedo there and he mentioned that you were a bit short in the Heterosexual eating companion capacity, and I was just wondering, do you have an opening I could fill?”

As soon as the words were out of my mouth I sensed a change in demeanor of the ‘it’ and the chicken was put quickly aside and a smile spread across the face of whatever was sitting opposite me. I quickly backtracked as I saw the gleam in ‘its’ eye and stated that I was only enquiring about a job, hopefully with a wage, but if not I’d settle for a sandwich or two, with or without bread. I was desperate.

My clarification led to a deep sigh and ‘its’ demeanor changed to one of disappointment as ‘it’ wiped the drool from a rather flabby double chin.

“Well” it said, “I can’t say I’m not disappointed, obviously, but being as we are rather short of people of your particular perversion, I think we may be able to come to some kind of arrangement. But first I must ask, are you up to date on the latest diversity action plan?”

I mentioned that I had been through the WHO Sexual Grooming Course as part of my general education but that it had been a while since I could bring myself to look at it again as it gave me a strange feeling in the pit of my stomach.

‘It’ seemed to take this as some form of encouragement as the chicken was relocated to its former position and a rather large rubber band was put around its rear end.

I tried to distract my unnecessary imagination as the chicken started to show a good measure of distress and I decided that, if I ever got around to ordering my meal, I would give the egg a miss.

“Well” ’it’ sighed, “I might be able to help you out there, but first you’ll have to speak to the Right Honourable Peter Tatchell Sr. He’s the owner and I think may be very interested in you as a test subject.”

“Yes. You see, he likes to experiment on people who have your kind of rare contaminated thinking to see if there’s some way to get you back to normal.”

“And what does that entail… Exactly?”

A grin spread from cheek to cheek as he explained… “It’s like this, you have to entertain every gender on the menu in front of you, and by entertain, I mean entertain! Peter will have to be fully satisfied as to your suitability for even the most minor role. They generally start from 4-years-old, but we sometimes like to get them broken in a little younger, so you’ll be expected to perform to the beast, sorry best of your ability. You know what they say, “Sticks and stones may break my bones but whips and chains are delightful.”

“As to the beastosexual element, we do have a range of wildlife to choose from. Cats and dogs obviously, but as you can see, chickens can be fun in feathers as part of the full entourage of farm animals.”

This didn’t seem like the typical job opportunity interview questions or training programme I had watched on UN TV and I was less inclined to take the job.

My initial craving for a Bacoplast and egg burger had now disappeared as I thought of my pre-bacoplast porky being abused by the freak opposite me, but as I got up to leave, the chicken uncorked itself from the lap of the creature opposite me and made a grab for my leg as I exited the dome. This was futile as the rubber band caught of the edge of the door and the poor fowl was catapulted back into the dome where it was beaten with the baby. I finally managed to work my way to the exit, put on my mask and wandered off to my usual eatery, Potato on a Stick, where I enjoyed a potato on a stick wondering if that poor chicken would ever lay an egg again.

Author’s note… Although the above is satirical it’s not too far removed from the lunacy of the group of queer bedfellows at Educate & Celebrate…. 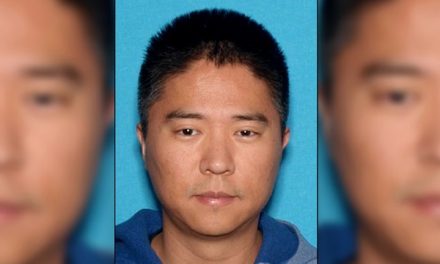 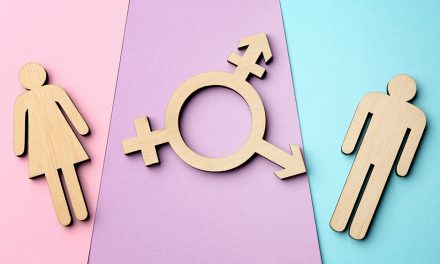