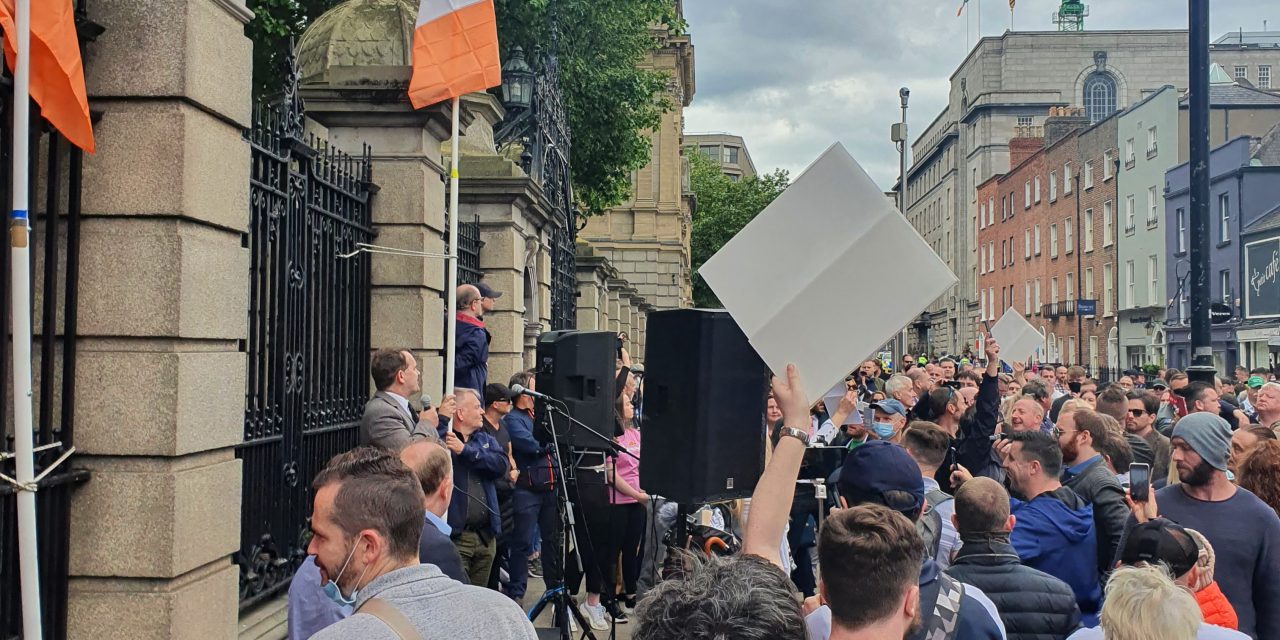 July 11th’s Anti-Paedophilia protest, March for Innocence will be remembered for many reasons.

Among them no doubt will be the speakers. The protest consisted of a number of big name speakers, all of whom brought their best when the time came for them to take the podium.

No doubt the most memorable of these speeches though was that by actor-turn-political activist John Connors. Famous for his portrayal of Patrick Ward in the RTÉ crime drama Love/Hate, Connors proved on Saturday that speechmaking could be added to the list of his many talents.

Connors gave significant focus in his speech to the positive elements of recent events. He praised both those who turned up to protest against the Minister for Children, Roderic O’Gorman, as well as those who have had to suffer sexual abuse as children.

The crowd response to Connor’s time on the podium was exceedingly positive, so much so that one has to wonder if there is a political career in store for this proud Traveller man in the future.

Unfortunately, another event the march will be remembered for was the clash between the anti-paedophilia protestors and a small group of Antifa that tried to disrupt proceedings.

On this point, it is worth comparing Saturday’s protest to the Free Speech rallies that occurred last year. During both of these previous protests, there was a significantly greater Antifa presence, with Ireland’s media and NGO complex organizing counter-demonstrations for both events.

This time however, there was no such large leftists presence. Instead, Antifa presence was in single digits, while the March for Innocence had grown far larger than any populist protest that had taken place the previous year. Trouble, if it were to break out, was bound to be heavily one-sided.

And break out it did, when during a speech by National Party leader Justin Barrett the few counter protesters began blaring music, unfurling a banner reading “All you fascists bound to lose (sic)”. In that regard, there was a certain irony in the following moments.

It only took 17 seconds from start to finish for the Antifa members to be completely overrun. As far as our staff can see and have heard, no significant injuries were incurred by either party, though the aforementioned banner was seized by the Anti-Paedophile protestors, and later burned at a different location that same day.

This publication admittedly has mixed feelings about this clash. On the one hand, we uphold that Antifa, no matter how misinformed their opinions are, do have the right to peacefully counter-protest a demonstration they find objectionable. In this sense, them being driven from the area by the Anti-Paedophilia side can be seen as regressive.

However, it is also the view of this publication that a peaceful counter-demonstration was not the aim of at least a number of Antifa present on the day. Specifically, the use of the audio system that can be heard on our recording was clearly employed to drown out any speech given by the Anti-Paedophile protesters. Had Antifa been left unmolested, then no doubt the entire march would have been a wash.

With this last part considered, one can only lament the state of Irish politics as a whole. When one has to wonder if a violent act against another group has merit, due to that group’s cynical actions with the aim of silencing free speech, one knows that they are truly living in a landscape of political chaos. One thing is for certain though, as Justin Barrett stated during the event “Be careful to choose the hill you die on.” No doubt, Antifa chose poorly in trying to disrupt an anti-paedophilia rally.

Lastly though, what the protest will no doubt be most remembered for was the popular response.

Firstly, the turnout was beyond what anyone was expecting. Easily double the number of any populist protest last year, the crowd was as energetic as it was politically diverse. Views and affiliations ranged from conservative to populist, with many people who showed up having no specific political association whatsoever.

The atmosphere was also especially positive. Not only were the crowd in good form, but the response to the general public was extremely positive. Our writers lost count of the number of busses honking in support of the protestors before the road was closed due to the sheer number in attendance. No doubt this grassroute support for the protest will be particularly worrying for the Irish establishment, who suddenly have to deal with an Irish right that can put real pressure on political figures.

Overall, the protest will be remembered as marking a turning point for the political right in Ireland. In the past, populist elements have been largely shrugged off as irrelevant by the centre, while the left believed that they would always outnumber the right on the streets. Saturday marked a complete shattering of both viewpoints, and demonstrated how populism is becoming a growing force on this island. In short, it marks 2020 as the start of a new political era in Ireland. With Civil War politics over, new ideas and new politics have never had a better chance to shine.

The Irish right used to be non-existent. Now, it is anything but. 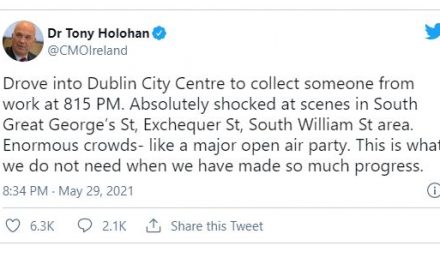 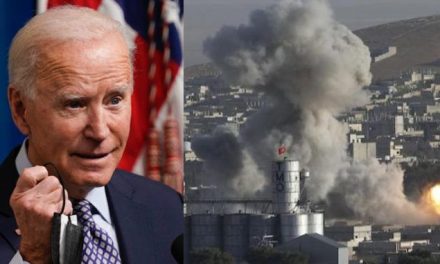