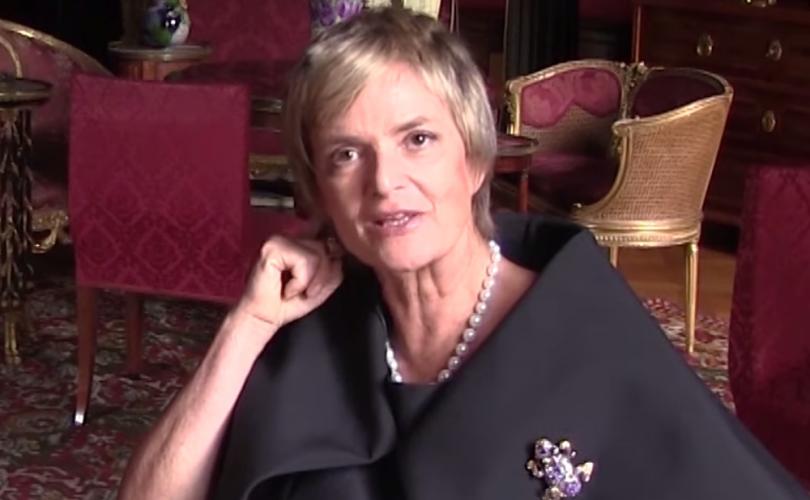 The princess talked about contraception, abortion, homosexuality, as well as the true meaning of feminism and emancipation.

REGENSBURG, Germany, July 13, 2020 (LifeSiteNews) – A German Catholic princess has condemned the contraceptive pill for not being in women’s best interest. Princess Gloria von Thurn und Taxis also criticized the modern understanding of feminism and emancipation, arguing it only harms women.

In a July 9 interview with left-leaning weekly newspaper “Die Zeit,” the princess, who is a household name in German social circles, indicated that a true feminist “is someone who has the long-term interests of women in mind.”

“Why, for example, should it be in our interest to swallow a drug that simulates a permanent pregnancy in the body, just so that we can have intercourse at any time?” she asked. “Why hasn’t a pill been developed to make the male sperm infertile? Because such a drug would never sell, quite simply!”

Asked about what it means to be an emancipated woman, the princess questioned the idea of emancipation, as it is commonly understood. Celebrating the opportunity to work in jobs previously done almost exclusively by men, she said, “has been so cleverly suggested to us by men for decades, so that in the long run they can pass everything on to us. If you’re talked into something long enough, you eventually believe it.”

“Our benefit? Zero! Is it really in the interest of women to do the same work that men have done before? I think not! Of course there are exceptions, but why does a woman as a soldier have to crawl around in the dirt and carry heavy equipment and possibly shoot? Is that in our interest?”

Princess Gloria also pointed out that women, in balancing their lives, end up doing a lot more tasks than men, who in turn are frustrated, themselves.

“Household, family, career, what else?” she asked. “Women can do almost everything better anyway, so it is much smarter to leave jobs to men exclusively, because otherwise we will have to do everything in the end, while the men sit in the corner sulking, emasculated, frustrated, degenerated and with identity problems and are not even good for reproduction.”

“I’m exaggerating, I know,” the princess qualified her remarks, adding that she uses provocation to talk about problems that are often passed over. “I’m a rebel where nonsensical rules are established that I think are rubbish. Then, of course, I always get rebellious.”

On the issue of homosexuality, von Thurn und Taxis said that God’s help, obtained through prayer, is always useful to live more easily with that disposition.

Asked about her opinion on right-wing party Alternative for Germany (AfD), the princess emphasized it was filling a void created by the movement of Chancellor Angela Merkel’s Christian Democrats (CDU) to the left.

As the AfD is advocating for strong borders, which is often described as not being a Christian attitude — even Pope Francis has expressed similar sentiments — Princess Gloria talked about her position, managing to criticize the advocates of open borders for commonly supporting abortion.

Talking about the question of immigration, she said, “Promoting uncontrolled immigration is like inviting more people to stay at your home than you have bedrooms available. Sure, someone can sleep on the couch for a couple of nights, but that can’t be a permanent state, especially if the fridge gets empty and no one wants to or can go shopping.

“And who pays the bill for water and electricity if your guests don’t want to move out and can’t pitch in?” she asked.

Princess Gloria referred to the fact that as a young woman, she was more interested in “pop stars, fashion, and the jet set,” as opposed to Catholicism and politics. However, things changed after the early death of her husband 30 years ago – he died when the princess was 30 years old.

Faced not only with personal grief, but also with managing the property and businesses of the family, she was able “to fall back on what I was taught from childhood: Place your worries under the cross and keep the Lord company with your fears and worries.”

“In the process, I was able to experience the power that this gives,” she explained. “This makes a mark on you, and above all a loyalty and gratitude grows here, which has led me to deal more intensively with my faith and to stand up for the truth that I have recognized.”

Gloria von Thurn und Taxis has been outspoken on Catholic issues for many years, and has been featured on many talk shows on German television. She is often invited when the discussion focuses on sexual morality, as well as Catholic issues in general.

During a conference on persecuted Christians in November 2019, she criticized the Western world for being “obsessed and worried and totally taken by global warming and animal life. But, where have we come to if animals and plants have more [legal] appreciation than human beings?”

“We all want to live in a natural and healthy environment,” she admitted. “But, how is it, then, that we accept and tolerate the most atrocious and unnatural and unhealthy proceedings when it comes to our own species.”

“Take, for example, hormone treatment. Hormone treatment for egg harvesting, for surrogate mothers, for surrogate children. Or, take the unhealthy sex-change. How unnatural is that? And, how traumatizing for body and soul is it when you rip apart the baby and suck it out of its mother’s womb? Or, euthanasia,” von Thurn und Taxis said. 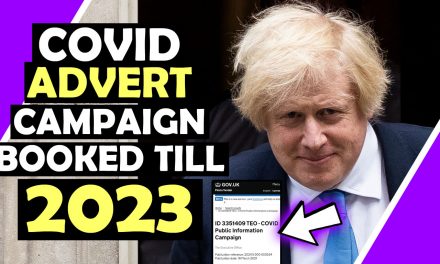 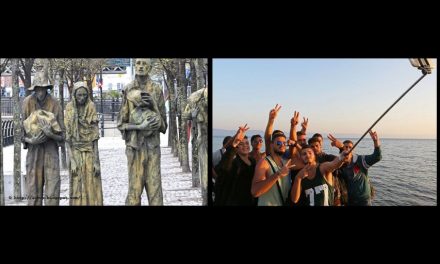 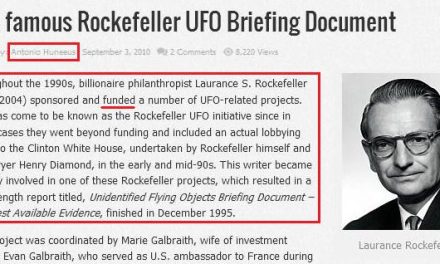 The Rockefellers Are The Founders Of The UFO Disclosure Movement – Why?