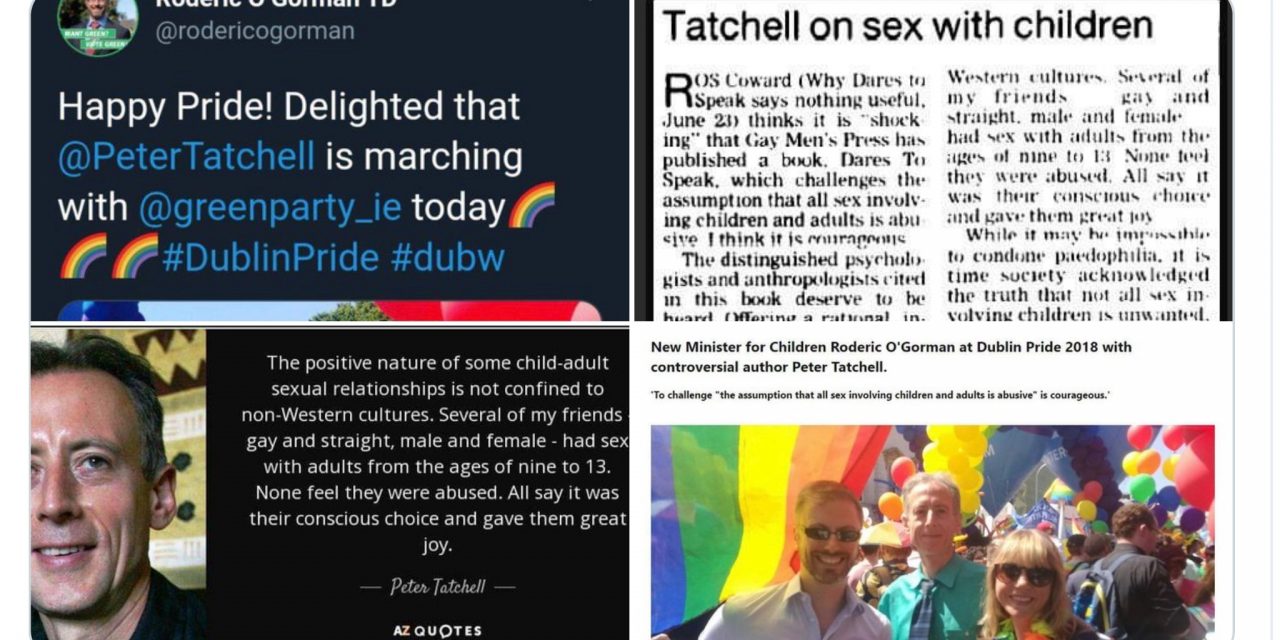 Ireland’s new Minister for Children Roderic O’Gorman is on the left. Peter Tatchell is in the green shirt beside him.

Tatchell is a prominent gay British LGBT activist who ran for the Labour Party in the 80’s and then joined the British Green party in 2004. He is a patron of Elly Barnes’ Educate and Celebrate institution.

According to their website, Educate and Celebrate is ‘an experienced team of teachers and youth workers who have all made their own schools LGBT+Friendly, giving them the knowledge to deliver throughout the UK, the Channel Islands, Europe and globally.’ Elly Barnes, the founder is a recommend resource for INTO (Teachers Union and Org) and their LGBT education material “Different Families, Same Love” which is aimed at Primary school kids.

In 2016, Tatchell was named as winner of the James Joyce Award 2016 and the recipient of an Honorary Fellowship from University College Dublin.

Tatchell has advocated lowering the age of consent to 14.

Perhaps Tatchell’s most controversial statement is the one he made in a letter to the Guardian in 1997. Images of this letter are shared below.

The quality of either image isn’t great but you can clearly see in the first paragraph he agrees with the statement that to challenge “the assumption that all sex involving children and adults is abusive” is courageous.

In the letter he also stated that several of his friends “gay and straight, male and female had sex with adults from the ages of nine to thirteen” and that none feel they were abused — “it gave them great joy”.

Tatchell claims his letter was heavily edited but he never sued. According to The Mail he apologised for the letter and said the book he was referring to was not ‘a paedophile handbook’ but written by psychologists and anthropologists.

In this tweet he suggests he meant not all sex between children and other children is abusive, unwanted & harmful,” but you can clearly see in his original letter he said “sex involving children and adults”. 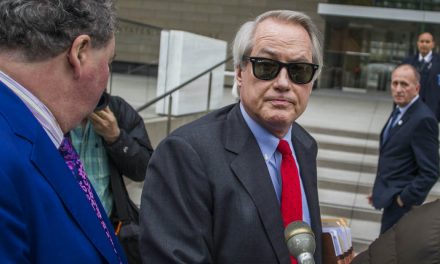 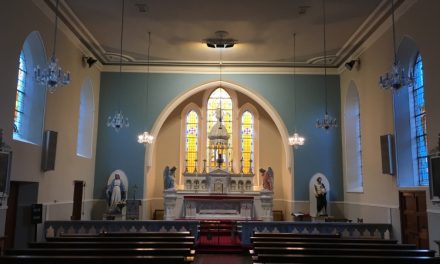 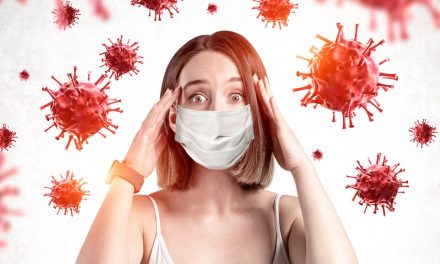