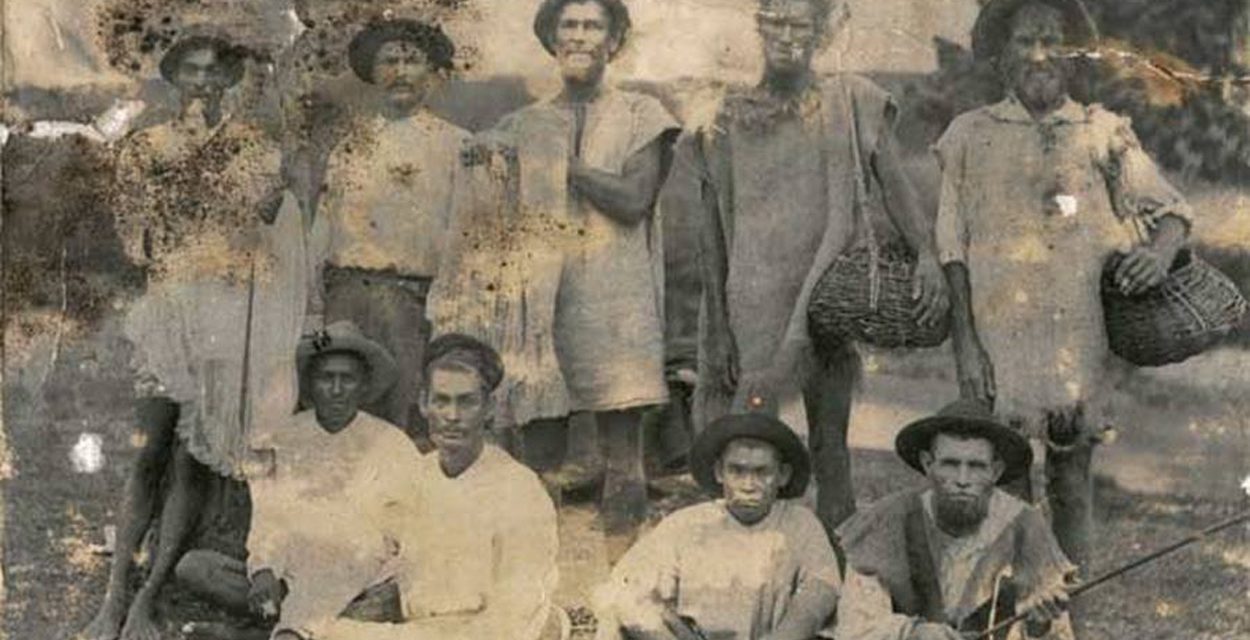 A strange contagion of self abasement and penitence has taken hold of the West. American politics and its jargon has invaded the consciousness of the world, even though we don’t share their political history or narratives. To use the terminology of the left, we have been psychologically colonised by American identity politics.

Identity politics in America has been strangely coerced into a race conflict. Strange, because this race conflict has been enflamed by the political party whose history is so deeply embedded in racism, that they took the wrong side in the civil war; in racial terrorism; and the apartheid laws of America.

It’s an historical fact that the Democratic Party, the drivers of identity politics in America and those shouting loudest about racism, vigorously supported slavery, the KKK, and the Jim Crow laws of the Southern states.

How they are getting away with this is an issue for another day. For now let’s address the question of slavery and in particular what is exceptional about the West’s relationship with this inhuman practice.

Slavery in America is viewed as a unique blotch on human civilisation – but a review of the history of this horrendous practise confirms that the U.S. was sadly not an exception in the human experience.

In feudal Europe, peasants were the property of the local lord and defying his orders frequently resulted in torture and death -such as breaking on the wheel. The Russian serf was just another name for a slave, and was legally part of the landlord’s estate. Serfdom was abolished in Russia in 1861, the same year that the American civil war commenced.

In more developed empires, slave networks reached further, sometimes across continents and oceans. Julius Caesar took 1 million Gauls in chains to Rome to be auctioned on the slave block. Irish people were taken in chains to a thriving slave port in Dublin and sold to Norse slavers who transported them as far as Constantinople to be sold to Arab traders. These slaves would fetch 11 to 13 ounces of silver for a man or woman respectively.

The insatiable excesses and corruption of Roman society purged the surrounding world of people. Infamously, the Coliseum made a spectacle of slaves killing each other for the entertainment of the audience.

It’s undeniably true that the bigger the empire the greater the network of slavers, and sometimes that resulted in clear racial targeting. The Ottoman Empire raided north for slaves with such impunity that the modern word we have for slaves owes its origin to the name of these people, the ‘Slavs’. The Crimean Khanate pillaged Eastern Europe for 250 years and sent an estimated 2.5 million Christian slaves to Istanbul in that time.

The Ottoman crack military force, the Janissary, was entirely comprised of captured Christian boys who were forcibly converted and put through a brutal military conditioning. These were the original child soldiers.

The caliphates of the Arab world raided southern Europe for over a millennium and it is estimated that Barbary pirates captured over 1 million people from Europe and sold them in North Africa between the 16th and 18th C. Barbary pirates operated with such impunity that the coastal areas of southern Europe were almost completely abandoned during the late middle ages.

The first international war that the fledgling USA embarked on was against the Barbary pirates, as a consequence of their capturing American merchant ships and enslaving their crews.

But the flow of slaves from Europe started much earlier than this with European slaves coming from Spain and the Balkans through slave markets in Syria and Bagdad from the earliest days of the Caliphate.  The 10th C Caliph of Cordoba, Abd-Ar-Rahman-III, had a predilection for fair women and had enslaved 6300 Christian women in his Harem, a fabulous 112 hectare palace in the hills above Cordoba. He was not an exception.

The African slave trade consisted of a vast network containing multitudes of tribes, territories, and races. Many people were complicit in this but one thing is for certain, if you were enslaved, the person who raided your village and brought you off in chains was usually black or Arabic.

In 18th century Africa, before the availability of malaria medicine, white people just did not enter the continent. The average life expectancy of a European upon entering Africa was one year.

White slave traders sailed up to trading spots and bought slaves from African and Arab slave traders. Many African kingdoms built their wealth and power on this trading arrangement. They raided their neighbouring tribes and bound their captives into slavery.

Dominant African tribes tyrannised and enslaved weaker tribes in the same pattern of slavery seen throughout pre-modern Europe and the world over. For example; in east Africa, the Maasai enslaved their weaker vulnerable neighbours; the Buganda of Uganda terrorised and enslaved the Ogoni; the Neuro and Himba enslaved the Toro; the Tutsi enslaved the Hutu and so on. Some of these racial tensions have resurfaced again in modern times, for instance the Hutu genocide of the Tutsi in Rwanda in the 1990’s.

Slavery from Africa outlasted the Western abolition of slavery. Long after the Atlantic slave trade was made impossible by British navy patrols, Arab traders were shipping black slaves eastward to the Ottoman Empire. In Abyssinia, the slave trade continued up until the early 20th century. and it is estimated that at least 2 million African slaves were captured and sold into the Arab world in the 19th century alone.

None of this is to lessen the terrible suffering of the people brought in slavery from Africa to America (where at least 10 million people were shipped in bondage), but it does pose the question: why are we not talking about the injustice of slavery throughout the world?

It is worth noting that it was the Christian West who began to stamp out slavery. When the Ottomans eventually outlawed slavery it prompted rebellion by the pro-slavery sections of the empire. In Tanganyika it was abolished by the British in 1922.

The famous Christian missionary, David Livingstone, was deeply troubled by the endemic practice of slavery in the deep continent. In one story he recounts a horrific incident of a slaver dashing the brains of a child against a rock because the child’s mother couldn’t carry both her load and the child.

The mortality rate on the Arab slave routes was higher than that on the Atlantic route. It is estimated that half of the people enslaved by Arab slavers died en route due to the brutality of their treatment. One particularly grotesque cause of mortality was the practice of castration of male slaves, to serve as Eunuchs in the Ottoman courts. Because of the Muslim prohibition on castration, this was done in the African hinterland rather than in Ottoman territories. It was crudely done and resulted in an extremely high mortality rate. Most castrated slaves died of their wounds but the high price paid for Eunuchs at the slave markets made it profitable, and so the practice continued.

Arab slavery was endemic in East Africa and wasn’t finally suppressed until a decisive blow was dealt to the practice by Lord Kitchner at the battle of Omdurman where he defeated the Sudanese imperialist Abdullah ai-Taashi. Incidentally, with Kitchner in this decisive blow against slavery was a young military officer named Winston Churchill.

While all slaves in America were black, not all blacks were slaves. It is a fact that by the civil war period one third of the freed blacks of New Orleans were themselves slave owners. In another strange twist, thousands of these people of colour volunteered to fight for the confederacy during the civil war.

This aberration doesn’t negate the racial aspect of antebellum slavery. The clear racial aspect of slavery in America does highlight the paradox of the Christian roots of the American constitution where it is stated that “all men are created equally.” For the rest of the world slavery did not present a moral dilemma, but for the Christian West it occasioned a cognitive distortion that tied slavery to race and thence to racial bigotry. 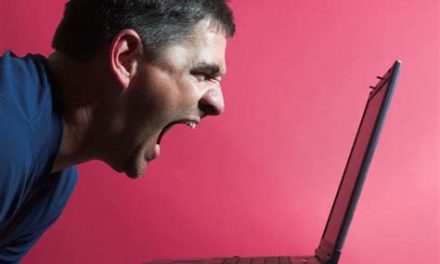 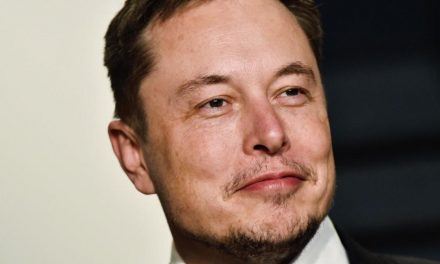 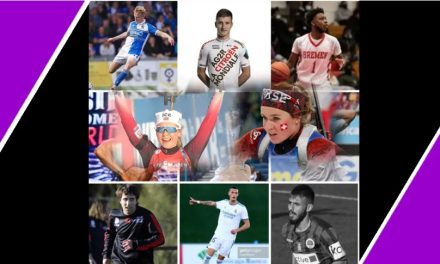