According to Dr. Judy Mikovits, if the US is successful in mandating the COVID-19 vaccine, it is entirely possible that just one dose of the vaccine could kill at least 50 million Americans.

These are extremely strong words from a lady who has suffered horrendous abuse for her outspokenness. However, Mikovits is unafraid to speak out about subjects that she considers to be of utmost importance.

Mikovits explained in a recent video that:

“There are a 100 vaccines on the schedule and 110 planned, and never have they been tested together, and when they combine them, they combine the contaminants and they add more contaminants, because, for instance, there is a vaccine called Twinrix, hepatitis A and hepatitis B; they don’t invent them together, which is the right way to purify. They just make one and make the other and then throw the (non audible), they never look at what the interactions are. Never do we consider the blood pressure medicines and all the other medicines that the elderly are on. No elderly person should get a vaccine of any kind. In fact, nobody should get a vaccine of any kind, if they want to be healthy in this country.”

“That’s why I hope that President Trump will just give a five-year moratorium on all vaccines, until the vaxxed/unvaxxed study, until every safety test is done, everything, and that will take a lot longer than five years. And do you know what we will get? Huh!! We’ll get healthy kids!! We will get our lives back. We will realize that we are not, healthy people do not make people sick.”

Over the years, Dr. Mikovits has been continually criticized for spreading conspiracy theories about the dangers of vaccination. However, she could be correct. because, according to a recent study that was published by the website Health Choice, infant mortality rates dropped by a staggering 30% during the lockdown period.

If their paperwork is correct and it certainly appears to be, then this raises the question as to whether or not the unexpected drop in infant deaths is because of missed pediatric appointments during the COVID-19 pandemic, which in turn has caused the children to miss out on their routine vaccinations.

Amy Becker and Mark Blaxill, Chairman and co-founder of the website Health Choice, who wrote the paper certainly appear to think so.

The paper, Lessons from the Lockdown – Why are so many fewer children dying?, examined the US statistics of COVID-19 deaths that occurred across America during the lockdown. The authors stated that:

“… As we will show, a balanced view of the broader American COVID19 experience demonstrates both the scale variability of its negative outcomes in older American, especially the elderly but also some unexpected positives. Surprisingly, US mortality rates have declined among young people during the lockdown, especially infants. These trends have gone largely unnoticed and remain unexplained.”

“But the pandemic experience has brought on a surprising effect on this expected death rate among children. Starting in early March, expected deaths began a sharp decline from an expected level of around 700 deaths per week to well under 500 by mid – April and throughout May.

As untimely deaths spiked among elderly in Manhattan nursing homes and in similar settings all over the country, something mysterious was saving the lives of children. As springtime in America came along with massive disruptions in family life amid near universal lockdowns, roughly 30% fewer children died.”

This information is extremely interesting, however, this was not the only fact that was revealed in this document. In addition, whilst investigating the statistics, the researchers noticed that:

“Virtually the entire change came from infants. Somehow, the changing patterns of American life during the lockdowns has been saving the lives of hundreds of infants, over 200 per week.”

“When infants die, the cause is frequently some form of congenital condition or birth defect. Sadly, accidents and homicides are frequent causes as well. There are however, frequent cases in which previously healthy infants die unexpectedly. These deaths are usually classified as “Sudden Infant Death Syndrome” or SIDS. According to the CDC, SIDS deaths are one of two largest causes of death among infants aged 1 month to 1 year.

We have no specific data on the trend of SIDS deaths during the pandemic. We have, however, heard anecdotal reports from emergency room (ER) doctors suggesting some have observed a decline in SIDS. One doctor who says he might see 3 cases of SIDS in a typical week has seen zero cases since the pandemic and associated lockdowns began.”

Next, in a bid to explain this unusual turn of events, the researchers discuss the possible reasons for decline in the cases of SIDS during the lockdown.

“One very clear change that has received publicity is that the public health officials are bemoaning the sharp decline in infant vaccinations as parents are not taking their infants into pediatric offices for their regular well-baby checks. In May 15 issue of the CDC Morbidity and Mortality Weekly Report (MMWR), a group of authors from the CDC and Kaiser Permanente reported a sharp decline in provider orders for vaccines as well as a decline in pediatric vaccine doses administered. These declines began in early March, around the time infant deaths began declining.”

The paper is extremely well referenced and the papers mentioned in their report do indeed highlight these interesting facts.

The researchers included the following charts, which they obtained from the CDC, that appear to support their view.

The researchers concluded that:

“This effect may not be confined to the US. The World Health Organization issued a press release on May 22 noting that, “Since March 2020, routine childhood immunization services have been disrupted on a global scale that may be unprecedented since the inception of expanded programs on immunization (EPI) in the 1970s.” Are fewer children dying because their parents are skipping their routine childhood vaccines? If lives are being saved during the pandemic, this is a question that urgently needs answering.”

If this information is correct, then it confirms exactly what Dr. Mikovits has been saying for many years.

Radio host Sallie O. Elkordy has taken the information that was published by Health Choice one step further. She believes that the decrease in infant mortality that has occurred during the pandemic may also have affected the number of parents who have been falsely accused of shaken baby syndrome (SBS).

Of course this is something that would need further investigation, to be confirmed.

However, statistics have proven that the majority of cases of SBS only occur in children who have been fully vaccinated. For further details, see: Happy Father’s Day thanks to COVID-19: Reduced Pediatrician Visits Decreased Infant Mortality by 30%!.

Shocked by what Becker and Blaxill had discovered, Sallie O. Elkordy interviewed Mr. Blaxill to find out exactly what his opinion was on what they had discovered about reduced infant death during the COVID-19 pandemic. To listen to the show in full go to – Mark Blaxill ~ Infant Death Drops 30% since Pediatrician Visits Reduced (COVID). 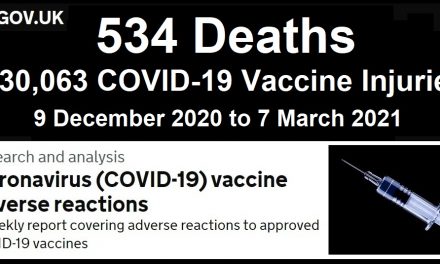 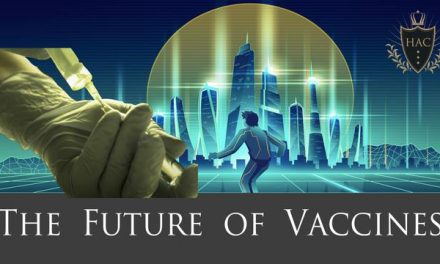