The Destruction Of History is a Monumental Folly 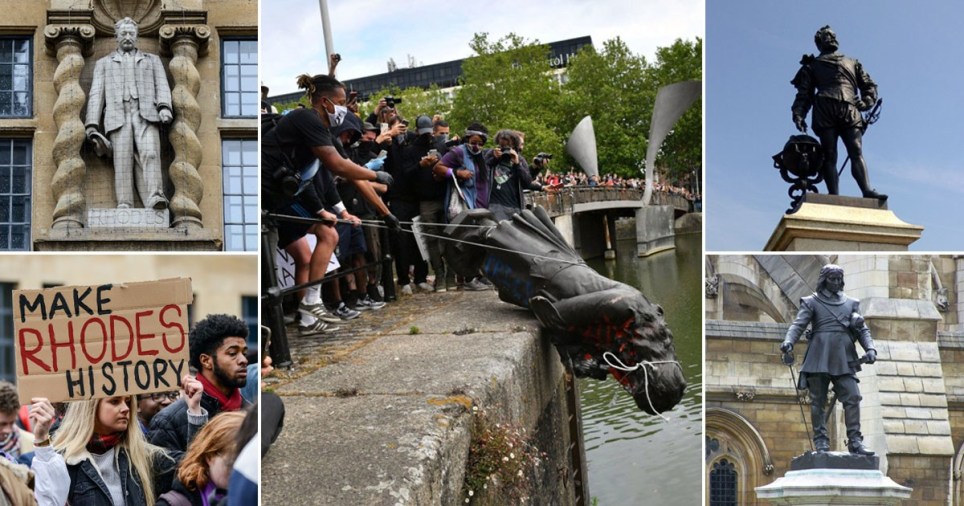 “Those who don’t know history are doomed to repeat it.”

What we’re witnessing today with the lunatic left destruction and desecration of statues around the world by ignorant throngs, purportedly trying to destroy the history of slavery, are actually condemning slavery to the waste bin of history as if it never happened. In fact, it is still happening today.

Black Lives Mater and Antifa are the organisational Uncle Toms of the present leading the gullible masses to their own ultimate destruction and not a single monument will be raised in their memory. African Americans in particular are being led blindly to believe that somehow they have suddenly gained some form of superior breed quality over their historical slave masters who in full light of global media are ‘taking the knee’ in what is viewed by many as a subservient posture to placate the likes of Black Lives Matter, Antifa and similar controlled opposition useful idiots and their one size fits all mindless followers.

Although Black Lives Matter is getting the bulk of recent media attention, Antifa are the vicious attack dogs at the forefront of the recent violence with Black Lives Matter the somewhat less violent little brother waiting to grow up and being used as a recruiting platform for the gullible youth and people who should know better. Both are equally dangerous in their own right although rights to them it appears are only a one way street. To express a counter opinion based on facts or simply having an opinion counter to the narrative has the tag ‘racist’ inevitably waiting in the wings for those who are not fooled by such vicious gangs of hypocrites.

As they wantonly desecrate monuments and statues of historical importance, whether you agree with the context or have a contrary opinion, is nothing less than historical vandalism. A monument or statue can be viewed in many contexts depending on whichever position you wish to take on the side of history.

For those of indigenous English heritage, Winston Churchhill is viewed as a wartime hero who helped to defeat Hitler’s fascists in WWII. To the cadres of Black Lives Matter and Antifa, claiming to be anti-fascist whilst employing fascist methodologies, he represents a symbol of British imperialism. Neither of these are my personal opinion and are just one example of the current excuse being pushed by these lunatics to destroy British heritage.

But turning that argument on it’s head, the same two opposing factions would argue that Nelson Mandela, a convicted terrorist, is in fact a black freedom fighter who saved the indigenous black South African people from Apatheid, whereas the terrorist label would be widely accepted by Churchill supporters.

No, of course we don’t, because it is idiocy.

Where is the outrage against the Gates funded Planned Parenthood organisation which Bill Gates’ father headed in its early years? Where is the outrage against politicians receiving awards in the name of a known hater of black people who wanted to exterminate the black races? I talk of course about Margaret Sanger, one of the founders of Planned Parenthood. One such recent recipient of this disgusting award was Hilary Clinton who said that Sanger was an inspiration to all women.

The lessons of history should never be forgotten and monuments and statues serve to remind us all of the good and bad characters or events past which we should all be cognisant of and study so that we do not, in particular, repeat the evils of the past and in fact learn from them.

Without such memory of history there are no reference points for future generations to base opinions or express concerns about history being repeated to the detriment of humankind or positive role models to inspire good deeds and ideas to the betterment of humankind.

When the Taliban destroyed the Buddhas of Bamyan in Afghanistan the whole world condemned that act, including the United Nations.

Where is the same condemnation now? 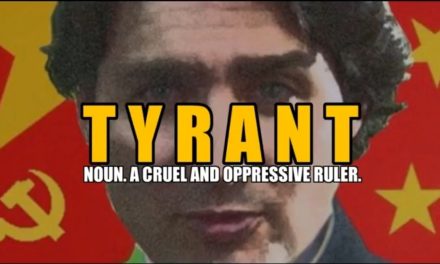 Is Trudeau’s Canada the Globalists’ Laboratory For Crushing Dissent

Coronavirus: Leading ex-nurse says pandemic would be ‘useful’ in solving bed blocking by killing off patients