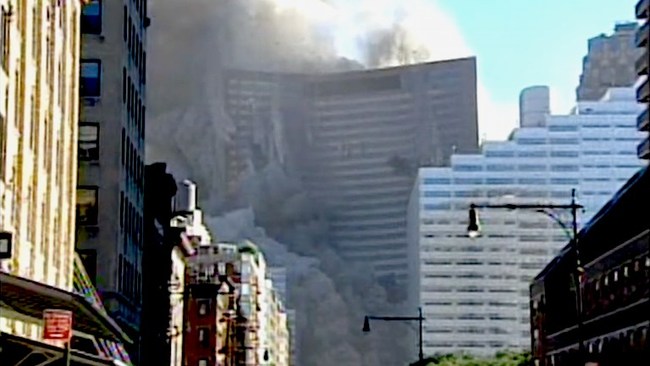 PBS affiliates across the country today will begin airing a five-minute version of the new documentary SEVEN directed by Loose Change creator Dylan Avery about the explosive findings of the recently completed University of Alaska Fairbanks study on the destruction of World Trade Center Building 7.

The short film, titled Spotlight On: SEVEN, will run for a minimum of three months on up to 200 local PBS stations, reaching at least three million viewers.

For those wanting to watch the short film on television, “Spotlight On” programs do not air at scheduled times because they run as needed in between longer shows. To have a good chance of catching it, you’ll need to be tuned in to PBS often. But rest assured that Spotlight On: SEVENwill be seen by at least three million people, most of whom will never have heard of or seen the collapse of Building 7.

We at Architects & Engineers for 9/11 Truth are grateful to the hundreds of supporters who donated so that SEVEN could air on PBS.

The impending release of SEVEN on PBS has been attracting media coverage all week, including this report on nationally broadcast Fox News Radio:

Clip from Film: “You didn’t hear anything about World Trade Center 7, not for a long time.”

Reporter: “A film dedicated to the controversy surrounding the collapse of World Trade Center Building #7 will air on PBS starting Thursday. The film is a project of the Architects & Engineers for 9/11 Truth. Together, they dispute the original findings from the National Institute of Standards of Technology that say it’s the first tall building to fall due to fire.”

Clip from Film: “They [federal investigators] ignored evidence. And it wasn’t because they didn’t know about it.”

Reporter: “Following the release of their own study and joining together with the families of those that lost loved ones, they submitted a request for correction so that a new theory that is physically possible and consistent with the evidence emerges. Michelle Pollino, Fox News.”

The landmark study, led by Professor Leroy Hulsey, and the request for correction, spearheaded by AE911Truth, were also covered favorably recently in Daily Commercial News, one of Canada’s top construction news publications.

The feature-length version of SEVEN is being targeted for release in September to coincide with this year’s 9/11 anniversary. Stay tuned for updates!

On March 25, 2020, researchers at the University of Alaska Fairbanks issued the final report of a four-year computer modeling study on the collapse of World Trade Center Building 7.

The 47-story WTC 7 was the third skyscraper to be completely destroyed on September 11, 2001, collapsing rapidly and symmetrically into its footprint at 5:20 PM. Seven years later, investigators at the National Institute of Standards and Technology (NIST) concluded that WTC 7 was the first steel-framed high-rise ever to have collapsed solely as a result of normal office fires.

Contrary to the conclusions of NIST, the UAF research team finds that the collapse of WTC 7 on 9/11 was caused not by fires but by the near-simultaneous failure of every column in the building.

Following the release of this report, AE911Truth and 10 family members of 9/11 victims submitted a formal request for correction to NIST’s report on WTC 7 based partially on the UAF findings. The request is currently pending.