A NATION ONCE AGAIN 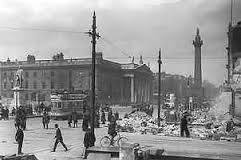 I want to address, in this blog on the Easter 1916 Rising, that second stream that feeds into our ambiguity around commemorating this foundational event in our nation’s history, namely the violent aspect of the revolution.

The mainstream discussion has centred around whether or not the rebellion actually meets the requirement of the Just War theory that has been enunciated by Thomas Aquinas which include stipulations that require:

“A just war can only be waged as a last resort. All non-violent options must be exhausted before the use of force can be justified.

A war is just only if it is waged by a legitimate authority. Even just causes cannot be served by actions taken by individuals or groups who do not constitute an authority sanctioned by whatever the society and outsiders to the society deem legitimate.

A war can only be just if it is fought with a reasonable chance of success. Deaths and injury incurred in a hopeless cause are not morally justifiable.”i

You can see the footnotes for a full list of conditions for a Just War but I wanted to point out these three because applied to the armed insurrection of Easter 1916 it seems that one could make a very strong argument that it was a morally illegitimate act which is the contention of many Catholic academics.  However one should take into consideration that Just War Theory is predicated on two sovereign states and is not referring to rebellion so is not appropriate for analysing the 1916 Rising.

“This idea has roots in Isidore of Seville’s suggestion that an unjust ruler was no ruler at all, and John of Salisbury’s endorsement of killing tyrants under specific circumstances. In the natural law tradition the validity of tyrannicide was still argued into modern times. Some argued that only judges or the pope could intervene, but others such as Luis de Molina SJ (1535-1600) said that a tyrant who was an usurper or invader ‘can be justly killed by any member of the commonwealth’ as long as the action would not cause greater evil.”ii

The article also references Irish philosophers Molyneaux and Swift who were to set the groundwork for Wolfe Tone’s concept of a free Irish Nation which heavily influenced Pearse’s thinking. Tone admired the recently founded United States of America and saw Irishness as something that could help transcend Catholic, Protestant and Dissenter divisions.iii He also saw that the English Government was intent on exploiting Ireland for its own economic advantage and would never peacefully cede to an Irish Republic that would allow representation for all its citizens to pursue freedom, prosperity and happiness, thence, the necessity for armed rebellion.iv

Pearse traces this desire to separate from British rule through successive generations from the United Irishmen to the Young Irelanders to the Fenians and the Irish Republican Brotherhood and the Irish Volunteers in his own day. Home Rule for Pearse did not grant Ireland freedom in any meaningful way. He considered it “a statutory legislation subordinate to the imperial parliament at Westminster whose supreme authority over Ireland shall remain unimpaired ‘anything in this Act notwithstanding’?” v Home Rule would do nothing to stop the strangulation of the Irish Genius, the slow death of the soul of the nation and its absorption into a secular, materialist, unrestrained capitalist culture. “The nation is the family in large; an empire is a commercial corporation in large. The nation is of God; the empire is of man—if it be not of the devil.” vi

John Bruton, a former Taoiseach (Prime Minister) of Ireland, has argued that the Rising was a waste of life and is critical of the blood sacrifice espoused by the leaders of the insurrection from which he claims thousands of lives could have been saved. He maintains that Home Rule being on the statute books already in 1914 with implementation postponed till after the war could have been used as a stepping stone to greater freedom and supports Redmond’s call for the Volunteers to fight for England in the First World War as a way of persuading “Ulster Unionists that, in some matters, Unionists and Nationalists were now “on the same side”. vii Conrad Brunstrom, on the other hand, points out, in his article ‘1916 Commemoration: Frustrated with Just War Theory’, that “The so-called “peaceful” constitutional nationalist Redmond was just as keen on blood sacrifice for Ireland as Pearse was.  But Redmond’s sacrifice demanded tens of thousands in Flanders rather than a few hundred in central Dublin.   Around 50,000 Irishmen died in World War One.  That turns out to be more than died in the Easter Rising, the War of Independence, the Civil War, and the Troubles – put together.” viii And it should also be noted that the impetus the Rising gave to the success of the Conscription Ban also saved many lives.

I think what we are seeing here is a common ambivalence or bias or a kind of blind-spot to state-sanctioned violence. Such has been the tendency to see English rule as somehow benevolent and beneficial, that one questions if a sort of national Stockholm Syndrome is at work. The famine is passed off as a largely natural disaster while the genocidal political decisions of the English government are completely ignored and the economic rape of the country over two hundred years is just completely blotted out. Not to mention the almost complete destruction of Irish culture, language and religion. And I might point out I’m not trying to stir up anti-English hatred but I think there is a need to try and understand the context in which the Rising took place and that means looking honestly at history without bias to political correctness.

Finally I want to comment on the view that is out there that if you accept the Rising as legitimate you must therefore also accept IRA violence during the Troubles as legitimate, that commemorating the Rising somehow condones all acts of terror or at least IRA terror. Well this is not a valid argument. If this were the  case then we would have to condemn all those who have fought against tyranny or for independence for their country including those who fought Nazi occupation. The truth is that while Sinn Fein and the IRA claimed heritage with the ideals and aspirations of the Independence movement this was really only to try and legitimise their cause.  In reality Sinn Fein/IRA have very little in common with the signatories of the proclamation. They are first and foremost a Marxist movement whose political goals are polar opposite to the largely Catholic Independence movement fighting for the soul of Ireland. Sinn Fein today are strong advocates of the feminist, pro- abortion, pro-gay marriage, liberal, marxist, PC agenda advocated by globalist corporate governments like the EU. It’s the goal of globalists to undermine nationalism and nationhood and merge us into one continental wide multicultural corporate state. This is the very opposite of what Pearse and Connolly fought for.

Additionally,  the idea of deliberately targeting civilians was repugnant to the Irish Volunteers and Citizen Army and the Old I.R.A.. I can understand that some of the violence was initially a reaction to a very oppressive and brutal regime that vehemently discriminated against a vulnerable Catholic community, however on Black Friday July 21 1972 the IRA started deliberately targeting the civilian population and they also resorted to criminality to fund their operations. Such brutal immorality is totally inconsistent with the moralistic outlook of those who fought in 1916 many of whom even frowned on bad language. Sinn Fein/IRA hijacked a burgeoning civil rights movement and used it for their own marxist political ends. No wonder so many of them were also working as double agents for MI6, a British spy agency that also had a troubled history with marxism.

It is sad that there was and is, no Catholic academic champion that could have defended the men of 1916 and called out the Provisional IRA for what it was. It is also sad that the mainstream media were instead vilifying Pearse and his comrades because they and the major political parties along with those on the left, had already bought into the EU globalist agenda. Thank God for Brexit and Trump (!) As a result of them, all over Europe people are beginning to wake up to the destructive nature of global corporate culture and nationalist parties are on the rise all over Europe. God is again being referenced by politicians who recognise the value of Christian culture and the writings of Pearse have a lot to say to those nations rediscovering their national identity and hope for a true solidarity in a family of nations. (More of this in my next blog).

But until then I pray that more Irish people will take up the cause of Ireland and join the fight against the globalists. “For, Freedom comes from God’s right hand, And needs a Godly train; And righteous men must make our land  A Nation once again!” ix

A man shall eat good by the fruit of his mouth: but the soul of the transgressors shall eat violence.

Principles of the Just War

A just war can only be waged as a last resort. All non-violent options must be exhausted before the use of force can be justified.

A war is just only if it is waged by a legitimate authority. Even just causes cannot be served by actions taken by individuals or groups who do not constitute an authority sanctioned by whatever the society and outsiders to the society deem legitimate.
A just war can only be fought to redress a wrong suffered. For example, self-defense against an armed attack is always considered to be a just cause (although the justice of the cause is not sufficient–see point #4). Further, a just war can only be fought with “right” intentions: the only permissible objective of a just war is to redress the injury.
A war can only be just if it is fought with a reasonable chance of success. Deaths and injury incurred in a hopeless cause are not morally justifiable.
The ultimate goal of a just war is to re-establish peace. More specifically, the peace established after the war must be preferable to the peace that would have prevailed if the war had not been fought.
The violence used in the war must be proportional to the injury suffered. States are prohibited from using force not necessary to attain the limited objective of addressing the injury suffered.
The weapons used in war must discriminate between combatants and non-combatants. Civilians are never permissible targets of war, and every effort must be taken to avoid killing civilians. The deaths of civilians are justified only if they are unavoidable victims of a deliberate attack on a military target.

”To unite the whole people of Ireland, to abolish the memory of all past dissensions, and to substitute the common name of Irishman in the place of the denominations of Protestant, Catholic, and Dissenter—these were my means.”

“I made speedily what was to me a great discovery, though I might have found it in Swift and Molyneux, that the influence of England was the radical vice of our Government, and consequently that Ireland would never be either free, prosperous, or happy until she was independent, and that independence was unattainable whilst the connection with England lasted.”

Extract of Wolfe Tone quoted in Ghost by Padraig Pearse 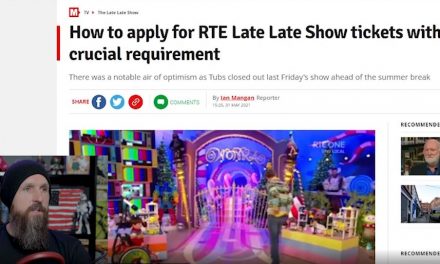 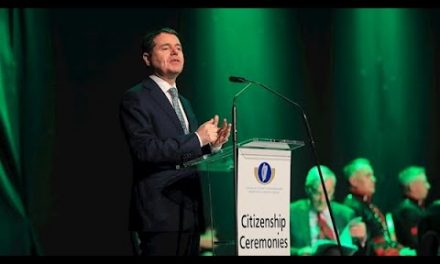 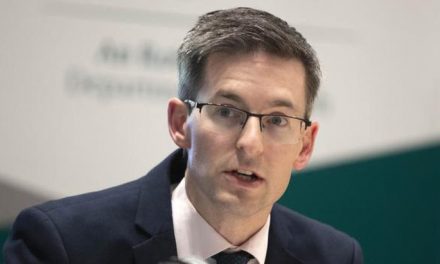