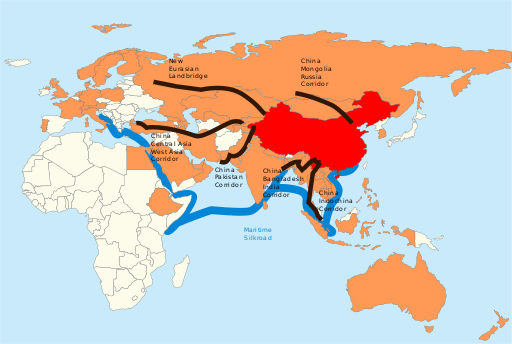 China’s priority infrastructure project, the Belt and Road Initiative (BRI), faces enormous problems just seven years after it was proclaimed in 2013. Serious problems and charges of China luring poorer nations into what a leading Indian analyst termed a “debt trap diplomacy,” began to appear already in 2018 when Malaysia and Pakistan, under new governments demanded a renegotiation of terms with Beijing. Now the global economic impact of the coronavirus SARS-CoV-2, with the simultaneous collapse of economies from China to the USA, to the EU and across the developing world, are creating staggering new challenges for the China prized project .

When Xi Jinping first announced the ambitious China Belt and Road Initiative (BRI), then known as the Economic Silk Road in 2013, it was hailed as a much-needed boost to world infrastructure development which had the promise to lift hundreds of millions across Eurasia and beyond out of poverty. Many saw it as the effort to replicate the economic model that gave China the most extraordinary industrial growth of any nation in modern history.

While detailed information is anecdotal so far, it is clear that the massive global lockdown around the covid19 is having a major impact for many BRI member countries. A major problem is that the China BRI major pathways for railway and shipping infrastructure involve agreements with some of the world’s poorest economies and some of the largest credit risks.

Initially most financing has come from Chinese state banks, in order to rapidly kick-start the BRI concept. While exact figures are not available from Chinese agencies, best estimates by the World Bank are that through 2018 Beijing has made a total of $ 575 billion in commitments for overseas investment in BRI projects. Officially Beijing has stated plans to invest up to $1 trillion over several decades and hopes to attract other funders to total $8 trillion.

According to various studies, most of the China financial support for BRI member state infrastructure projects are in the form of loans at commercial terms, project financing where the resulting rail or port revenue goes to repay the loans. As many recipients such as Sri Lanka are already in precarious economic status, the risk of default even before the covid19 crisis was high. Now it is far, far worse.

Until now China has reacted to the demands of Malaysia and Pakistan for earlier debt relief in a pragmatic manner, changing terms of earlier debt agreements. However, now, with China’s economic growth officially at the lowest in 30 years, and still well below full capacity following the January-March coronavirus lockdowns, Chinese banks face an entirely new international debt crisis, in some ways similar to that of Latin America and African countries in the late 1970s. China is ill-prepared to step in this time, with a major domestic banking problem and staggering bank debts.

All these BRI countries depend on export revenues to the industrial economies to service their China BRI debt. This is just what is being devastated during the global lockdown. Oil producing countries such as Angola or Nigeria find their oil revenue drastically down as global air and land and sea transport since February has plunged. In addition, as EU and North American economies lockdown much of their industry, they do not import the raw materials from China’s BRI partner countries. Return to normal is not even in sight. African mining companies producing lithium, cobalt, copper and iron ore are experiencing decreasing demand from China.

Pakistan of all BRI partner states is one of the most strategic for China. The BRI China-Pakistan Economic Corridor, originally projects totaling $61 billion, was reduced to a more manageable $50 billion in 2018 when Imran Khan became Prime Minister. Then the bottom fell out of the Pakistani economy in 2019. Now in 2020 with spread of reported covid19 cases across Pakistan, the government reported a catastrophic 54% plunge in exports in April. A March 31 report by the UN Conference on Trade and Development (UNCTAD) estimated that Pakistan will be one of the states hardest hit by the economic fallout of covid19 along with sub-Saharan African BRI partners. It faces a “frightening combination” of crises including mounting debts, a potential deflationary spiral as well as a disastrous impact on the health sector.

Clearly since the January developments around coronavirus in China and Pakistan, economic growth has been devastated even more. The Khan government is drawing up a list of new BRI projects in hopes Beijing will approve when Xi Jinping visits later this year. At this point it is highly questionable if China will be receptive to lending even more to Pakistan.

Indonesia is another key BRI partner in Asia where the China projects have been forced on hold by covid19. A $6 billion, 150 km-long Jakarta-Bandung high-speed rail line lies dormant as Chinese key personnel had been blocked from travel by the lockdowns in both China and Indonesia. The rail project is 40 per cent owned by China Railway International and was financed principally by a $4.5 billion loan from China’s Development Bank. In 2019 Indonesian President Joko Widodo proposed a list of projects totaling some $91 billion to China. Their future is now in doubt given the collapse of Indonesian oil and gas revenue.

A recent report by Fitch Rating agency estimates that the Coronavirus outbreak will seriously impact sub-Saharan African growth, particularly in Ghana, Angola, Congo, Equatorial Guinea, Zambia, South Africa, Gabon and Nigeria – all countries that export large amounts of commodities to China. China state banks loaned $19 billion to sub-Saharan African energy and infrastructure projects since 2014, most of it in 2017. In total, African states owe some $145 billion to China with $8 billion due this year.

For more than a decade China has been involved in Africa, even predating the BRI. Oil-rich Nigeria has been a major focus of BRI investing with Huawei Technologies investing a reported $16 billion to date in IT infrastructure. The CCECC state-owned Chinese construction firm has contracts to build four international airport terminals. In addition it has contracted to build the Lagos-Kano, Lagos-Calabar rail and Port Harcourt-Maiduguri railways, with costs at $9bn, $11bn and $15bn respectively. The China National Offshore Oil Corp. has invested some $16 billion in projects in the Nigerian oil and gas industry. Many of these are project financing deals where the revenue from the rails or airports or oil refining should repay the Chinese investors. With the dramatic collapse of world trade and economy, much of that revenue is in severe question for the forseeable future.

In Kenya China holds an estimated 72% of that country’s bilateral debt. The country has a total of $50 billion in external debt. China financed the $4 billion Mombasa-Nairobi railway to the Mombasa Port, also known as the Standard Gauge Railway (SGR), the country’s largest infrastructure project. The costs for the China-financed project were to be paid out of port revenues. However even before the coronavirus economic shocks, revenues were running far below projections and in July, 2019 a 5-year grace period ended, forcing Kenya to repay almost $1 billion of the cost annually. Kenya owes $2.3 billion for the project to the China Ex-Im Bank. Its foreign reserves at end 2018 were only $9 billion.

Ethiopia with a population of over 100 million, is another key troubled member of China’s Africa BRI. China is Ethiopia’s major creditor and already in March, 2019 the country was forced to ask China to restructure debt repayment, well before the present global crisis hit. At that point imports exceeded exports by some 400% and government debt stood at 59% of its gross domestic product. External debt was $26 billion. The largest project, the $4bn Ethiopia-Djibouti railway, was backed by a $3.3 billion loan from the Export-Import Bank of China. So far the railway revenue has been crippled by light loads, electricity shortages and disruptions due to protests in the Afar region, making loan repayment dubious even before. To deal with electricity shortages, China Gezhouba Group is working to complete already existing Grand Renaissance Dam to support the electrified railway.

From trains and buildings to roads and highways, China has become a major player in the development of Ethiopia’s infrastructure and economy. Ethiopia owes more than $12 billion in loans to China, not only for the construction of its cities, but also for its import and export needs. The Exim Bank of China lends money to organizations like the Ethiopian Airlines for things such as aircraft purchases. In 2019 according to UNCTAD, 60% of all Ethiopian project financing came from China. How the global economic and trade collapse impacts repayment of that China debt is unclear.

In 2018 China pledged to set up a special investment fund of some $60 billion to invest in further BRI projects across Africa. At this point that looks highly doubtful both in terms of Chinese funding amid the global crisis and of African countries’ ability to pay.

Add to the growing headaches for China state banks and companies in the now 138 countries in some degree affiliated with China’s Belt, Road Initiative, the economic problems in Venezuela, Iran and countless other developing economies, and it becomes clear that a major strategic rethink of the BRI is inevitable. In 2018, the Politburo Standing Committee of the CCP set up its own BRI think tank – the Center of One Belt and One Road Security Studies in Shanghai – to get a comprehensive overview of the vast global commitments under the banner of BRI for the first time.

In their official 2019 report, ‘The Belt and Road Initiative: Progress, Contributions and Prospects’ they recognized that “the Belt and Road Initiative is in urgent need of finance” from new models of international investment and funding due to its massive scale. Now, amid the worst world economic collapse since the 1930’s, with a trade war with its largest trading partner, USA, the prospects of major new capital from the World Bank, IMF and other international sources are dim. Hopes of billions in BRI co-financing from sovereign wealth funds of Saudi Arabia and the other Gulf oil monarchies has evaporated with the collapse of oil prices. The Chinese government has just stated that the impact of covid19 on the BRI will be “temporary and limited.” That will require major rethinking, if so. 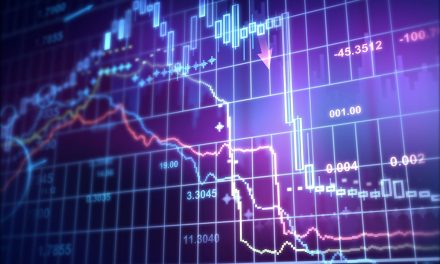 IT WASN’T THE “VIRUS” THAT CRASHED THE ECONOMY, IT WAS THE PEOPLE WHO OBEYED 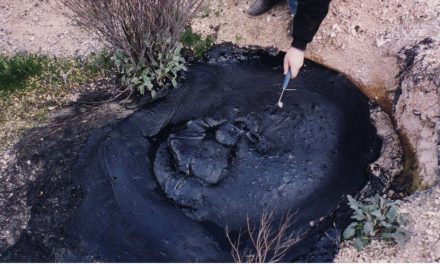 How Fast Can Oil Form? 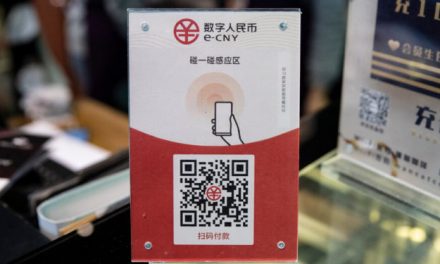