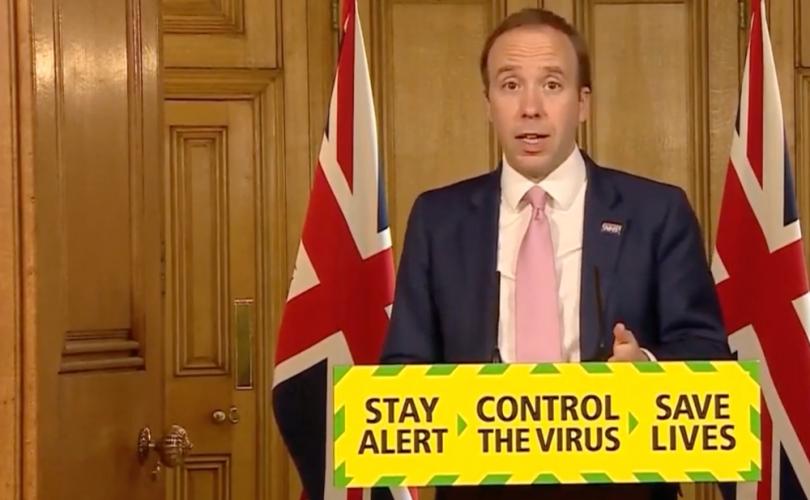 ‘But clearly, mandation is there – it can be used in some instances’

LONDON, May 22, 2020 (LifeSiteNews) – Government health experts in the UK won’t say if a future vaccine for the coronavirus will be government-mandated for all citizens. Comments made May 21 during the daily coronavirus update from Downing Street, the official residence of Britain’s Prime Minister, suggest that the door is being left open.

When asked by a reporter if the vaccination would be “mandatory” once it is developed, the United Kingdom Secretary of State for Health and Social Care, Mike Hancock, acknowledged that the question is “not one that we’ve addressed yet.”

“We’re doing everything we can to get a vaccine” said Hancock, “and we will only recommend a vaccine if it is safe. That means that if we get a vaccine and people are asked to take that vaccine, then they absolutely should, because we’ll only do it on the basis of clinical advice that it’s safe.”

“The question of whether it’s mandatory is not one that we’ve addressed yet,” said Hancock, seeming to leave the door open to mandatory vaccinations.

“But I would hope given the scale of this crisis and given the overwhelming need for us to get through this and to get the country back on its feet and the very positive impact that a vaccine would have that everybody would have the vaccine,” he added.

Medical experts at Hancock’s side offered remarks suggesting that there is no substantive reason to require individuals to undergo immunization if they preferred not to.

John Newton, Coordinator of the National Testing Effort, declared, “The most successful vaccine programs tend to be by consent.”

“What really matters is a clear explanation of the benefits, any risks that are associated with the vaccine, and a really good system to make the vaccine available to everybody who needs it,” said Newton.

“So although some countries have adopted mandatory programs, the most successful programs tend to be done on the basis of consent, good information, and good delivery mechanisms,” concluded Newton.

Newton, however, also did not close the door on mandatory vaccination, stating: “But clearly, mandation is there – it can be used in some instances.”

Chris Whitty, Chief Scientific Adviser at the Department of Health and Social Care and Head of the National Institute for Health Research, explained during the press conference that vaccines can be utilized in different ways.

“If you think about vaccines, there are a lot of different sorts of vaccines but you can broadly use them in two ways.”

“The first way is an ‘epidemic-modifying vaccine,’” said Witty.  “You give it to the whole community, rather like MMR [measles, mumps, and rubella], and that protects everybody from getting these infections.”

“But the other way you can use a vaccine is that you can use it as a ‘disease-modifying vaccine,’” said Witty.  “You give the vaccine to those people who are most at risk.

“You might do this because there isn’t enough vaccine, so you’d want to protect the people who are most vulnerable, or you might do it because there’s a partially-effective vaccine that can stop people dying, but is not enough to stop the transmission of the virus,” he continued.  “In that case you would give it to a much smaller number of people.”

“Now clearly, in that second group you are absolutely doing it only to protect the person who is being vaccinated.  And if they choose not to have that protection, it doesn’t affect anybody else,’ said Witty,

“That is simply their choice. They are obviously denying themselves the protection that this kind of vaccine could provide.” 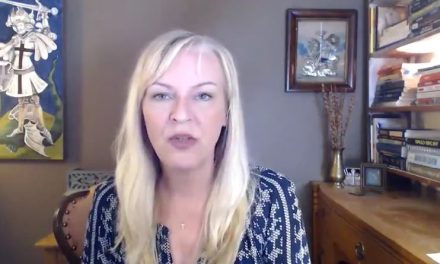 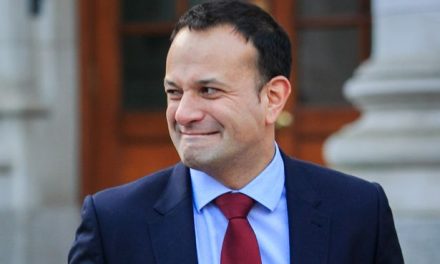 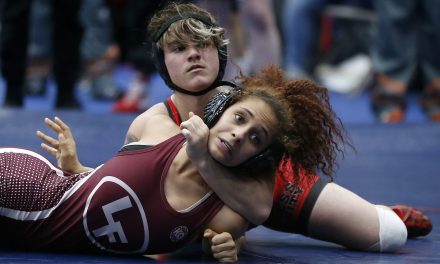