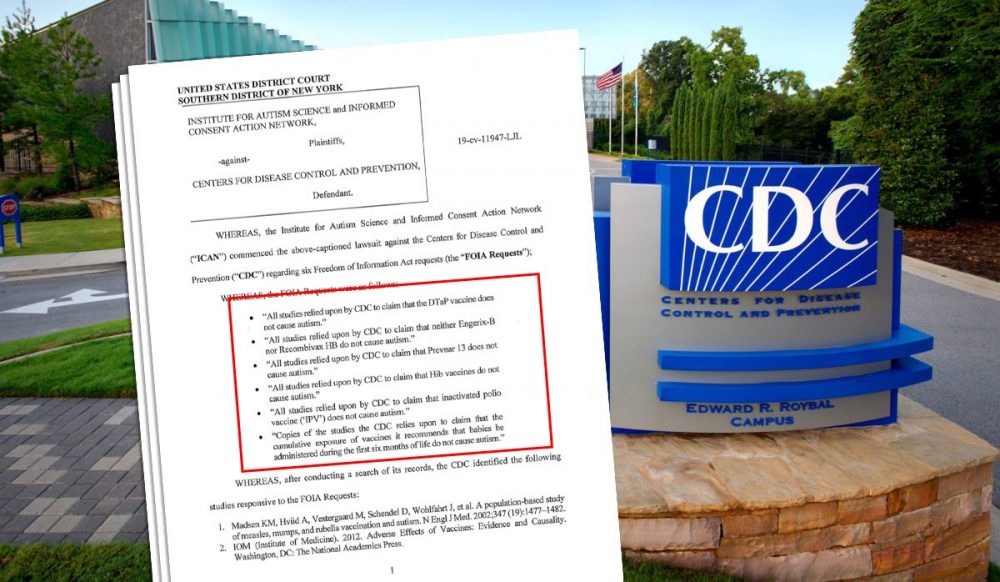 This is truly a bombshell story when you understand the full implications of it, yet major media likely will not touch it. Headlines could read “In stunning lawsuit, CDC admits they have no evidence vaccines don’t cause autism” – but instead, crickets. Independent media organizations like CE are left to have to tell these stories, and at the same time risk more demonetization for telling the truth that the public should know. Of course, we also know that since independent media’s reach has been cut, getting stories like this out is very hard and relies on you, the dear reader, to spread the word.

As of March 2nd, 2020, the CDC has admitted in federal court that they do not have any evidence proving that vaccines given to babies don’t cause autism. For years they claimed that the studies had been done, the evidence was clear, and that there was a consensus: “vaccines don’t cause autism.” Yet, this was a lie.

An organization called the Informed Consent Action Network (ICAN) was instrumental in bringing forth this admission. As they stated in their own press release:

In summer 2019, ICAN submitted a Freedom of Information Act (FOIA) request to the CDC requesting “All studies relied upon by CDC to claim that the DTaP vaccine does not cause autism.”  ICAN also submitted this same request for HepB, Hib, PCV13 and IPV, as well as requesting the CDC provide studies to support the cumulative exposure to these vaccines during the first six months of life do not cause autism. Despite months of demands, the CDC failed to produce a single specific study in response to these FOIA requests. ICAN was therefore forced to sue the CDC in federal court, where the CDC finally conceded, in a stipulation signed by a Federal court judge, that that it has no studies to support that any of these vaccines do not cause autism.

In short, the CDC provided a list of studies that were to claim vaccines did not cause autism, only, none of these studies proved that. Part of the list was a recent review by the Institute of Medicine (IOM), which was paid for by the CDC. This study performed a comprehensive review of studies relating to the DTaP vaccine. It was looking to determine whether or not the vaccine does or does not cause autism. The IOM was unable to identify a single study to support that DTaP does not cause autism. What they did find was a single study that did show an association between DTaP and autism.

So for years, the CDC falsely claimed that “vaccines don’t cause autism.” This was based on no evidence, no studies, no science, just speculation. In turn, those that questioned vaccines were called anti-vaxxers, unscientific and extreme about their views, yet were they wrong to claim that vaccines may cause autism and that they don’t feel they are safe? It doesn’t seem to be the case when you consider that a look at the science and evidence available suggests it’s highly likely that vaccinees do play a role in autism. This, as we know now, has not been debunked nor fully proven.

The detail that hits close to home for us here at CE is that fact-checkers have been handing out false claims about our vaccine content, stating that “vaccines don’t cause autism.” This has led to a reduction in our reach and the near-complete destruction of our business due to demonetization. Yet, where did these fact-checkers get their information from? The CDC. And now we know, the CDC never had the evidence to make the claims they made, and the fact-checkers were in fact wrong or truly misinformed. These false claims from the CDC have also effectively led to creating a culture of blind vaccine acceptance even though there is no evidence they are safe.

This leads to the challenge not many are realizing about fact-checking organizations like Snopes, or the ones that work on Facebook; what they do, is turn to major organizations and the government to get their ‘facts.’ And those facts overrule anything brought forth that challenges those ‘facts.’ So essentially fact-checkers are merely purveyors of facts produced by governments and major corporations. Some also happen to be paid by major corporations.

“The most recent data from CDC shows that 1 in 36 children born this year in the USA will develop autism,[…] This is a true epidemic. If the CDC had spent the same resources studying vaccines and autism, as it did waging a media campaign against parents that claim vaccines caused their child’s autism, the world would be a better place for everyone.”

The CDC complains that those raising concerns about vaccine safety are unscientific and misinformed,” […]“But when we asked the CDC for studies to support its claim that ‘vaccines do not cause autism,’ it is clear that their claim is not grounded in science.” – Del Bigtree, Founder of ICAN

There is an abundance of science showing that vaccines could be linked to autism, in many different ways. Take aluminum for example, A study published in 2018 discovered high amounts of aluminum in the brain tissue of people with autism:

The fact that aluminum in adjuvant form does not exit the body as aluminum in our own food, for example, is one of multiple ways that scientists have shown how vaccines could be implicated in the aetiology of autism. You can read more about vaccines and aluminum specifically, here.

This is not the first time in history that major health organizations, scientists and doctors claimed that something was safe when it wasn’t. Look at cigarettes, agent orange, and DDT. These were just a few that became common knowledge after many people brought awareness forward about the dangers associated with these products. All the while, the companies who owned them, and their cronies fought to claim these people were unscientific, liars and wrong.

Are we seeing this now with vaccines? It sure seems to be following the same pattern. One thing I always look at is if major organizations cannot answer the simple question, and instead turn to ridicule, name-calling and media campaigns to cast doubt, then you know they are hiding something. In my feeling, the CDC knows full well the dangers of vaccines, and they are buying time to figure out how to keep themselves clean for when the cards fall. Because they will.

This, of course, is all part of a greater awakening that is taking place amongst humanity right now as we collectively move from a state of childhood into adulthood. Empowering ourselves as individuals, changing our relationship with the earth, each other, and ourselves. Shifting the way we idolize and put money above everything else. Of course, seeing past the deceptions of today is an early step in this evolution of consciousness. I outline all of this in my 4 part video series about these ongoing changes.

Reprinted with permission from Collective Evolution. 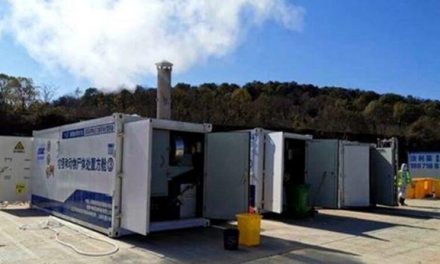 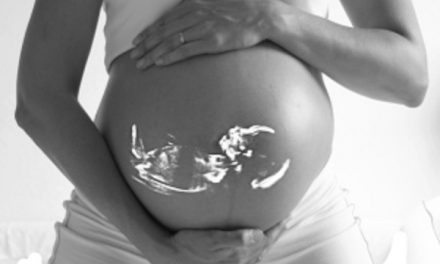 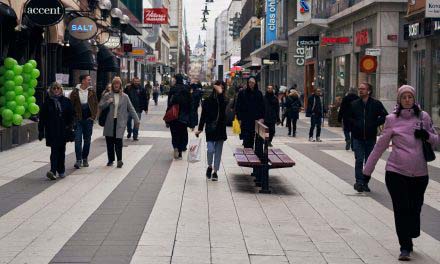