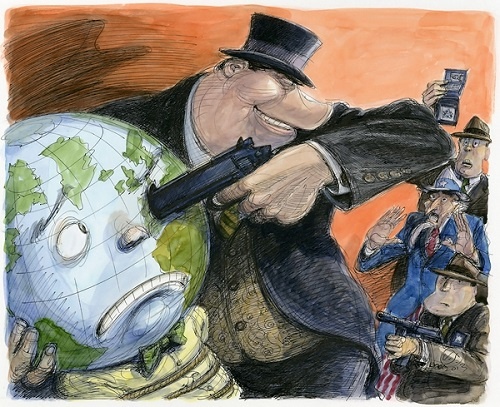 In the first week of February I published an article titled ‘The Lies We Are Being Told About The Coronavirus’. I focused primarily on the disinformation coming out of China, and for those with short memories there was a flood of it being spread on various web forums by what I believe was a army of paid disinformation agents. The lies seemed to revolve around keeping the rest of the world passive to the potential threat by promoting a set of assumptions:

1) The disinfo suppressed the information on human-to-human spread and the level of infections, suggesting that the virus was not very transmissible or that it “only infects Asians” (anyone who actually believed this nonsense at the time was truly gullible).

2) The disinfo suppressed the actual number of deaths in China to minimize the response time of people in other countries. The assumption was “it’s nothing, why worry”. Well, as we now know, there is no way China has only suffered 4600 deaths. All the evidence leaked by health officials on the ground in China suggested a much higher number of deaths, but the disinfo was enough to keep many people from taking the threat seriously.

3) The disinfo hid the source of the virus, claiming it came from an animal/food market in Wuhan even though many of the initial patients infected by the coronavirus never had any contact with the market.  This was openly admitted by scientists within China as far back as January.  Remember the “bat soup” rumors?  All lies.  And perhaps not coincidentally, the only Level 4 Biohazard lab in Asia, which studies specifically in SARS-like viruses, is right down the road from that same market.

4) The disinformation was not only coming from China. The World Health Organization consistently tried to downplay the spread of the virus, refusing to call it a pandemic for months even though it fit all their criteria. They also lavished China with praise, taking all data the Chinese government reported as if it were verified fact and defended China against any and all detractors.

5) The level of disinformation coming from US government sources, the White House and social media companies was almost enough to match China’s lies. The US government and the WHO have been working closely with social media corporations to disrupt any analysis that runs contrary to the Chinese narrative as well as the WHO narrative.

While Donald Trump and the DoD are suddenly interested in the possibility that Covid-19 is a bioweapon (something that those of us in the alternative media tried to report months ago), at the end of January Trump was also offering China praise, saying that their data was accurate and everything was “under control”.

Dr. Anthony Fauci was in the media saying :

Fauci would later go on to change his tune completely, calling for strict government controls of social behavior in order to stop the spread of the virus.

The CDC and the mainstream media actively attempted to obstruct any information that might suggest the coronavirus was made in a lab, even though in 2017 experts in bio-safety warned that the lab in Wuhan might eventually cause a dangerous virus to “escape” due to lax standards.  Slapped together studies based on a long list of assumptions (such as the false assumption that any bioweapon would be engineered to kill a maximum number of people) were designed to “debunk” the theory, but only served to raise more questions as people began to wonder why certain “experts” and journalists were so intent on dismissing the bioweapon issue so out of hand based.

6) In the meantime, the most egregious disinformation in the US centered on the economy. Trump’s economic adviser Larry Kudlow claimed on February 4th that the damage to the US economy from the virus would be ‘minimal’. With over 26 million people now added to the unemployment rolls, millions of small business owners desperate for bailout money, GDP in freefall, manufacturing in freefall and supply chains strained to the breaking point, I think it’s safe to say Larry Kudlow is either a complete moron or he was dutifully reading from a propaganda script that was given to him.

As I noted in February:

“The US economy is interdependent with multiple nations, and is tightly connected to China. The greatest danger of globalism in terms of economics is that it forces national economies into losing the redundancies that protect them from systemic collapse. When one major economy goes down, it brings down all other economies with it.

Not only that, but the US financial structure is precariously unstable anyway, with record levels of national debt, consumer debt and corporate debt, not to mention steep declines in manufacturing and demand. The US sits atop one of the most massive economic bubbles of all time – The Everything Bubble, created by the Federal Reserve over ten years of stimulus measures, barely keeping the system alive in a state of zombification.

The bubble was always going to collapse. In fact, recent events in Fed repo markets suggest it was already collapsing. The coronavirus outbreak is a perfect cover event for this implosion…”

The downplaying of the economic danger in particular, the lies all over the web about N95 masks not working, the claims that buying food and supplies is “panic behavior” akin to hoarding, a few months ago everything seemed designed to convince the public to NOT prepare for this event. And it was not just China and the WHO behind it; it was also our own government, the White House and the mainstream media.

I say it is foolish to rush to conclusions until the virus actually runs the same course and infects hundreds of millions of people as the flu does annually. I will also say that I have never heard of hospitals and morgues being overwhelmed by the flu in modern times like they have been overwhelmed by the coronavirus, but this debate is a distraction from the real issue – It DOES NOT MATTER how deadly the virus is, what matters is that the current government response is unacceptable regardless.

The false dichotomy being constructed right now is that you either believe the virus is a horrible killer plague and that martial law is necessary to stop it, or, you believe the entire pandemic is somehow “staged” and that the whole thing is a hoax, making martial law unnecessary.

The truth is more likely somewhere in-between. The virus is a moderate threat, it is most likely a chimera with SARS-like qualities, it is indeed killing many people but it is certainly not the Black Plague (a friend of mine just lost someone in their mid-40’s with no previous conditions; it is still smart to take precautions), and even if it was it would not matter because government tyranny and economic lockdown do not solve the problem, they only make the situation much worse.

Now that the Chinese propaganda campaign is falling apart as the data continues to contradict what they initially reported, I have to point out, as mentioned above, that China did not do all this alone. It had the help of the UN, the mainstream media and yes, even the CDC and the White House. Without all these entities working together to suppress information on the threat and its source, the public would have had far more time to prepare. And most of all, if governments including our own had restricted travel from China a month sooner when it was clear that human-to-human transmission of the virus was a reality, then the pandemic may have never happened in the first place.

Why was the threat downplayed and ignored? Why was travel from China kept open for weeks after the pandemic began killing thousands? Why did everyone including Trump defend China initially, only to now accuse them of at the very least negligence, and at worst biowarfare?

I have a theory, of course. I outlined the problem in great detail the in my article ‘How Viral Pandemic Serves The Globalist Agenda’, published in January. This article stemmed from another article I wrote in 2014 during the Ebola event which predicted everything that is now happening today. And, this month I published an analysis on open globalists admissions on how they plan to use the pandemic to promote one world cashless society and medical tyranny in my article ‘Waves Of Mutilation: Medical Tyranny And The Cashless Society’.

They can accept the idea of a Chinese conspiracy, or a UN conspiracy, or even a Trump conspiracy, but the idea that there are elites within all these countries and the White House working together? Well that’s just “crazy”, right?

I’m sorry to say that this is the reality. The US and Canada poured millions of dollars into the experiments at the Wuhan lab and the funding was greenlit by none other than Dr. Anthony Fauci in 2015. Trump’s cabinet is stacked with global elites and people like Dr. Fauci that are intimately associated with the WHO. Fauci continues to defend the WHO. Trump initially praised the Chinese response in January. The WHO has been aggressively defending the Chinese handling of the outbreak and has thoroughly praised their response, which has included using tracking apps and QR codes to watch their citizens 24/7 and implement medical totalitarianism. This same medical totalitarianism was suggested during Event 201, the “simulation” of a coronavirus pandemic funded by the Bill and Melinda Gates Foundation and the World Economic Forum which was held only TWO MONTHS before the real thing happened. This is the same medical totalitarianism that Bill Gates and others like MIT are promoting as a solution today.

The globalists have consistently called for a shift into a cashless society and a technocratic surveillance culture.  Is it not convenient that these are the solutions being consistently offered in the face of the pandemic?

If you examine the chain of events, the amount of give and take between China, the WHO, and other governments including the US government and the fact that the globalists are about to get everything they want from this catastrophe, I do not think it is outlandish to suggest that perhaps this virus was unleashed deliberately and that globalists in multiple nations are working together to achieve a specific outcome.

With the US blaming China and the Chinese blaming the US, the truth is being lost in the fog of propaganda. The truth being that BOTH sides and the WHO made this pandemic possible, and that the elites on ALL sides have something to gain. The end game they desire is global governance, a one world digital currency system and a rationale for full spectrum surveillance of the citizenry. The pandemic allows them to have all of this, unless the people take action to fight back and disrupt their plans.

Some people will call this “wild speculation” or “conspiracy theory”, but these people are either ignorant of the facts. The evidence is substantial. I have outlined it over and over again the past few months. Luckily, I do see a growing to counter the globalist script.  Hopefully, we have the time and tenacity to stop them from getting what they want.

Understand, however, that this crisis will not stop until the globalists are unseated.  The current “wave” of the virus is only the first.  Expect wave after wave of infections, and wave after wave of lockdowns by complicit government officials.  And when COVID-19 doesn’t scare people anymore, all the elites have to do is release ANOTHER virus with varied effects.  To stop the lockdowns and to stop the pandemic we have to stop the globalists.  We have to go to the root of the threat. 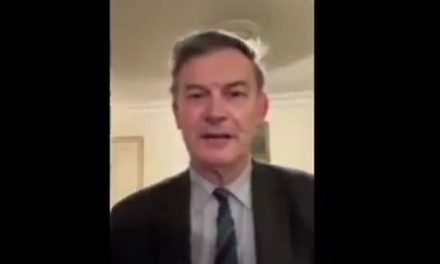 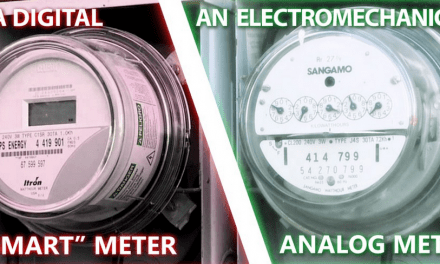 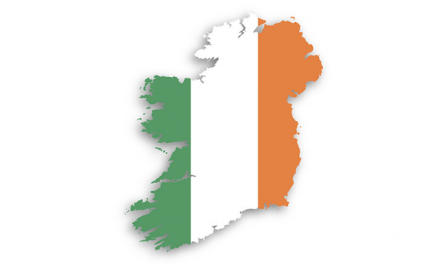 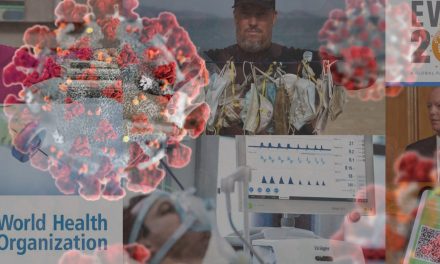