Costa Rica joins a growing list of several countries who are using hydroxychloroquine as a treatment for patients diagnosed with the Covid-19 virus.

Bahrain was one of the first countries in the world to administer Hydroxychloroquine to treat active coronavirus cases, the Chairman of the Supreme Council of Health, Head of the National Taskforce for Combating the coronavirus, Sheikh Mohamed bin Abdullah Al Khalifa said.

The Kingdom first used the drug on 26 February, following the registration of its first case on 24 February.

India’s health ministry has recommended the use of hydroxychloroquine as a preventative treatment for healthcare workers, as well as households in contact with confirmed cases if they have a prescription from a doctor.

In Brazil, a clinical trial of hydroxychloroquine led by the Albert Einstein Hospital in Sao Paulo in conjunction with other Brazilian hospitals is testing the effectiveness of the drug in combination with the antibiotic azithromycin on patients with COVID-19.

Doctors in Italy have finally began widely prescribing hydroxychloroquine in certain combinations in Rome and the wider region of Lazio with a population of around six million. “Every single person with Covid-19 that has early signs, like a cough or a fever for example, is now being treated with the anti-malaria drug.” according to Dr. Pier Luigi Bartoletti, Deputy National Secretary of the Italian Federation of General Practitioners.

“In Costa Rica, we have been using hydroxychloroquine since we had a teleconference meeting with personnel from China, personnel from Shanghai and Wuhan,” said Mario Ruíz, Medical Manager of the Costa Rican Social Security System (CCSS, or Caja).

“They were the ones who attended the emergency that arose in China, and hydroxychloroquine has its specifications and specific doses. Thanks to this help provided by the Chinese scientific community and a therapeutic care manual, we are using these treatments at the established doses.”

Costa Rica received a donation of hydroxychloroquine from Novartis subsidiary Sandoz, a Swiss pharmaceutical company. At the time, CCSS said it would use the drug to treat patients and collect clinical data on its efficacy.

In the United States and elsewhere, clinical trials are testing the drug — more commonly prescribed to prevent malaria — in patients infected with SARS-CoV-2 infection, according to the CDC.

The Costa Rican health system has not released data comparing the outcomes of patients treated with hydroxychloroquine to other methods, but it suggested positive results.

“The drug has proven to be successful in patients who have been treated currently,” Ruíz has confirmed.

He also stated: “Hydroxychloroquine has specific specifications and doses. Thanks to the help that Chinese scientists gave us and a manual of therapeutic care, we are using this treatment at the established doses.”

The Minister of Health indicated that this drug “is the most widely used treatment to treat patients with malaria and is widely used throughout the world. In this sense, the complications that are seen are minimal if the doses that are already indicated are respected”.

While the US media consistently discredits the use of hydroxychloroquine as a possible treatment for patients showing symptoms of Covid-19, physicians are taking note of a study published by Dr Didier Raoult where 1061 patients were treated. In that study the authors concluded, “the HCQ-AZ combination, when started immediately after diagnosis, is a safe and efficient treatment for COVID-19, with a mortality rate of 0.5%, in elderly patients. It avoids worsening and clears virus persistence and contagiosity in most cases.”

Since 2008, Dr. Raoult has served as the director of URMITE (Research Unit in Infectious and Tropical Emergent Diseases), collaborating with CNRS (National Center for the Scientific Research), IRD (Research for the Development Institute), INSERM (National Institute of Health and Medical Research) and Aix Marseille University. His laboratory employs more than 200 people, including nearly 100 active researchers who publish between 250 and 350 papers per year and have produced over 50 patents. In other words, he is a well known expert in infectious diseases.

While the world awaits a vaccine, it is critical that medical practioners continue to try to find a treatment to alleviate the suffering of those in need of a cure now.

It’s nice to know the government of Costa Rica puts the health and welfare of its residents above politics and is willing to work to lead in the fight against this disease, rather than follow. We hope that applied science can help win this fight, along with other measures like social distancing, cleanliness and consideration for our friends and families and neighbors. Anything that keep us on the road to recovery. 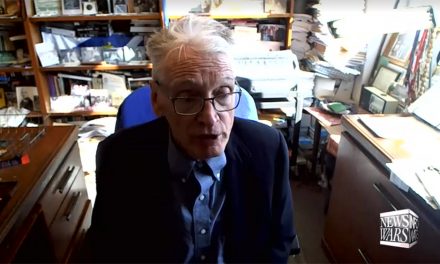 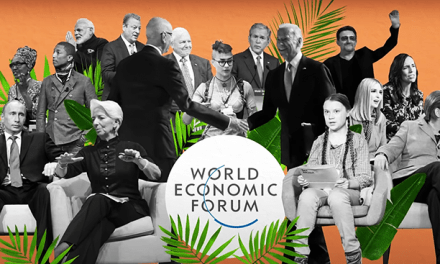