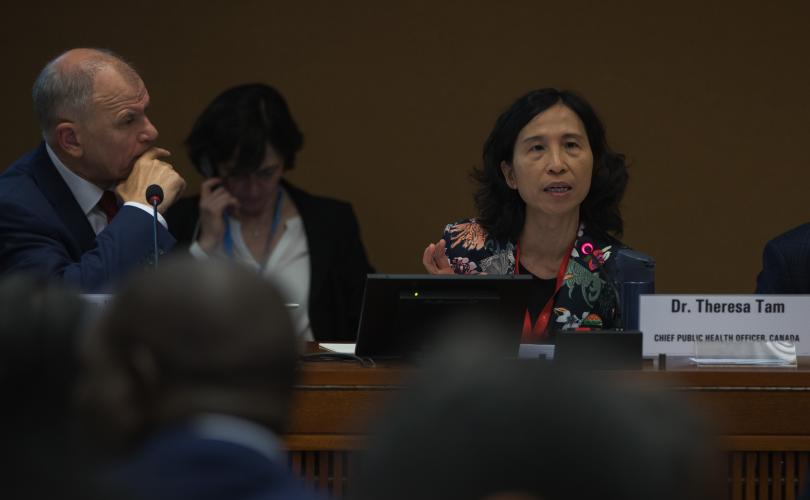 Canada’s chief public health officer, who has been called out for a lack of a proper response to the coronavirus epidemic, has direct ties to the World Health Organization (WHO).

Dr. Theresa Tam, who has served as Canada’s top health official since 2017, is one of seven people who sit on the Independent Oversight and Advisory Committee for the WHO Health Emergencies Programme (IOAC). This committee is mandated to evaluate “the performance of the key functions in health emergencies.”

The WHO’s credibility has been questioned in light of the coronavirus epidemic, and there is mounting evidence that it lacks integrity and is heavily influenced by the Chinese regime.

On February 3, asked if she thought Canada should stop the flow of travelers from China, Tam dismissed the idea as not necessary, saying a travel ban could “do more harm than good.”

Tam added that closing borders could “negatively affect a certain country that’s trying very hard to do its best, can impede whether this country in the future will ever share anything transparently with others … I think the idea is to support China.”

It was not until mid-March that Canada officially closed its borders to non-citizens and permanent residents.

Rebel News recently called for her to be fired for her ties to the WHO and a lack of a proper response to the coronavirus epidemic. In a petition launched Thursday titled FireTam.com, Rebel News demands that Tam be replaced.

“She has to work for Canadians — not foreign dictatorships,” says the Rebel News petition, which as of today had nearly 19,000 signatures.

“Her loyalty to the WHO is why she has given such bizarre advice to Canadians — like telling us not to wear masks. That never made any sense — until you realize she was taking orders from China’s WHO.”

The government of pro-abortion Prime Minister Justin Trudeau has persisted in backing the WHO. Health Minister Patty Hajdu said Wednesday that she still has confidence in the WHO.

Tam’s lack of action over combating the coronavirus pandemic in Canada has also been called out by opposition politicians.

On Wednesday, Scheer again stated his concern about the WHO and its relationship with China.

“We’ve seen examples of how the communist, autocratic, human rights-abusing government of China has had an inordinate effect on the WHO. There’s evidence of suppressing information, not being open and transparent about the number of cases. Those are very concerning,” Scheer said.

Asked earlier in the week if he shares concerns raised by Scheer about the WHO’s credibility, Trudeau said “there’s obviously reflections that we have to have going forward,” to “keep Canadians safe.”

“How do we lean on experts in international institutions and in partner countries around the world who are making recommendations alongside our domestic experts on what we need to do now,” he added.

According to Tam’s biography, she has served as an “expert” on other WHO committees and “participated in multiple international missions related to SARS, pandemic influenza and polio eradication.”

Asked about the advice that Tam is giving Canadians at this time, Scheer said today at a press conference that he does have concerns about the accuracy of the information and directions from Health Canada.

He added that he does not think Tam should be “scapegoated” for the decisions made, but rather the blame should lie directly on the Trudeau government.

Scheer thinks Canada should model what other countries have done to combat the coronavirus, which includes making decisions independently of the WHO.

Asked if Canada should give foreign aid to China today, Scheer said he does not believe Canadian taxpayers should be sending any money to China.

This question was asked to Scheer in light of new data from the Canadian Department of Affairs that shows Canada sent $41 million last year in foreign aid money to China.

“We’re talking about a communist dictatorial government that abuses human rights, squashes freedoms, violates human rights for its citizens and has a very aggressive foreign policy all throughout the region,” Scheer said.

“We are seeing more and more signs of the role that China’s played in influencing the World Health Organization during this pandemic, but even before this pandemic there are clear signs that China is headed in a direction that is not in alignment with Canadian values when it comes to foreign policy.”

In 2013, Trudeau openly spoke about his admiration for China. He famously praised China’s “basic dictatorship” after a reporter asked him which country besides Canada he most admires.

Recently, two former Canadian diplomats who served in China warned that the Trudeau government’s silence on China could allow the regime to further its “increasingly belligerent actions on the world stage.”

Also, it was recently reported that the Trudeau government sent close to $1 million of taxpayer money to help fund coronavirus “research” in the Chinese lab where the virus is thought to have come from.

The Wuhan Institute of Virology is China’s only level four biosafety lab and there has been speculation that it is plausible the coronavirus somehow escaped from its doors.

A paper authored by two Chinese scientists, Botao Xiao and Lei Xiao — both from the state-run South China University of Technology — traces how they think the virus escaped a Wuhan biolab that was researching Horseshoe bats. Their February 2020 paper, titled “The Possible Origins of the 2019-nCoV coronavirus,” has since disappeared from the international scholarly database Research Gate but is still available through the Wayback Machine and on LifeSiteNews here.

In March, Trudeau tried to use the coronavirus as a “totalitarian power grab” to try and obtain extraordinary tax and spending powers.

U.S. President Donald Trump ordered his administration to halt funding to the organization.

In March, Cardinal Joseph Zen challenged the WHO’s credibility in a tweet sent in response to an interview between WHO assistant director-general Bruce Aylward and a Hong Kong reporter.

Aylward is a Canadian epidemiologist who helped the WHO in the Wuhan region in its response to the coronavirus. He was supposed to have appeared as a witness at a Canadian House of Commons health committee earlier in the week but cancelled his appearance at the last minute.

His no-show drew criticism from Conservative MPs. He has been summoned to appear before the health committee prior to May 1.

Scheer was not alone in calling out Tam. Earlier in the week, Alberta Premier Jason Kenney blasted Tam for her inaction to not close borders earlier and blindly follow China’s advice.

Kenney’s criticism of Tam came after she questioned his order to provincial health officials to “not wait for Health Canada to catch up.” They were instead asked to follow the lead of United States or European health officials who are ahead of the curve in combating the coronavirus.

“This is the same Dr. Tam who was telling us that we shouldn’t close our borders to countries with high levels of infection and who in January was repeating talking points out of the PRC (People’s Republic of China) about no evidence of human-to-human transmission,” Kenney said.

Recently, Kenney’s Alberta government said they are planning to use people’s cell phones as a tool to track their whereabouts to combat the coronavirus.

At today’s press conference, Scheer highlighted a new report about the Trudeau government cutting funding for pandemic preparedness. Five warehouses were closed, and all the stockpile of medical supplies ordered were destroyed.

In one warehouse in Regina alone, a total of 440,000 medical gloves along with 2 million masks were tossed. 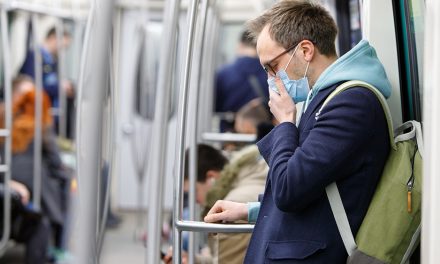 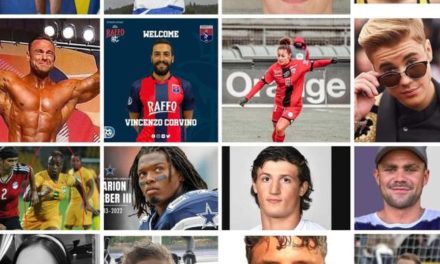