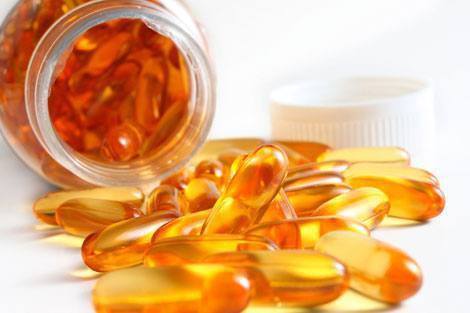 Briefly, the literature on Vitamin D’s role in immune health has exploded in the past 10 years, particularly in relation to viral infections and autoimmune disorders.  Approximately 80% of the literature is new in the past decade and much of it has been published overseas.  There are studies showing that Vitamin D sufficiency is important to reduce mortality in ventilated patients.  There is a large and growing literature on Vitamin D’s role in preventing viral infections and reducing their severity.

The populations at highest risk of severe cases of COVID-19 (the elderly and those with underlying health conditions) and the timing of the outbreak (end of winter in the Northern Hemisphere when population Vitamin D levels are typically lowest) are consistent with deficient Vitamin D status being a risk factor for COVID-19.  The relatively small percentage of infections in children may reflect children’s higher milk consumption since milk is fortified with Vitamins A and D.  Vitamin D is both a vitamin and a steroid hormone with hundreds of roles in our bodies.

A 2018 study based on NHANES data from 2001-2010 found that 28.9% of American adults were Vitamin D deficient (serum  25(OH)D<20ng/ml)  and an additional 41.4% of American adults were Vitamin D insufficient (serum 25(OH)D between 20ng/ml and 30ng/ml).  Americans who were black, less-educated, poor, obese, current smokers, physically inactive or infrequently consumed milk had higher prevalence of Vitamin D deficiency.  Those with intestinal disorders (Crohn’s or celiac) that reduce dietary uptake of Vitamin D and those with liver or kidney diseases that may reduce the body’s conversion of Vitamin D to its active form may also be at increased risk of deficiency regardless of age.  Vitamin D is a fat-soluble steroid hormone that regulates over 200 genes in the human body.

Based on the breadth of the research on Vitamin D in acute respiratory disorders and the many viral infections in which Vitamin D status plays a role, the following questions need to be answered:

While only time and studies will give us definitive answers to these questions, Vitamin D testing is widely available, supplements are inexpensive and in a COVID-19 critical care setting we should consider anything that might reduce the number of cases, hospitalizations and deaths.  Even a 10% reduction in one of these metrics would have a major impact.

The literature supports the importance of Vitamin D sufficiency

There are studies suggesting that sufficient Vitamin D reduces the risk of acute respiratory infections.  Also, the literature supports the importance of Vitamin D sufficiency in reducing morbidity and mortality in critical care settings.  This is a sample of the literature.

A 2017 article in the BMJ states the following: “25 eligible randomized controlled trials (total 11 321 participants, aged 0 to 95 years) were identified… Vitamin D supplementation reduced the risk of acute respiratory tract infection among all participants (adjusted odds ratio 0.88, 95% confidence interval 0.81 to 0.96; P for heterogeneity <0.001).”  The protective effects were greatest in those who were deficient (serum levels <25 nmol/L = 10ng/ml) and in those who took Vitamin D regularly (on a daily or weekly basis) compared to large bolus doses.

Another 2018 review of the literature specifically in intensive care settings suggests that the non-significant results in some large trials of Vitamin D supplementation are likely the result of including subjects who are Vitamin D sufficient in the trials and not excluding Vitamin D supplements in the control groups.  The authors are clear that “three different meta-analyses confirm that patients with low vitamin D status have a longer ICU stay and increased morbidity and mortality” and that “this hormone plays an important pleiotropic (having more than one effect) role in the setting of critical illness and may support recovery from severe acute illness.”

A small 2019 Iranian study recommended larger follow-up studies after randomizing 44 mechanically ventilated adult patients to 300,000 IU of Vitamin D vs. placebo.  The study found a significant reduction in mortality (61.1% vs. 36.3%) and a non-significant 10-day reduction in time on the ventilator.

A 2017 study found that “Monthly high-dose vitamin D3 supplementation reduced the incidence of ARI (acute respiratory infections) in older long-term care residents but was associated with a higher rate of falls without an increase in fractures.”

A 2015 study in Thorax found that Vitamin D deficiency was common in patients who developed acute respiratory distress syndrome after esophagectomy.

A 2018 study in the Indian Journal of Anesthesia reported no significant results in mechanically respirated patients based on Vitamin D deficiency vs. sufficiency at admission, but this was likely due to small sample size.  The trends for days in the ICU, days on mechanical ventilation, days to spontaneous breathing trial and 30-day mortality were all more favorable in the group with sufficient Vitamin D.

In another 2018 Iranian study of 46 patients with Vitamin D deficiency and Ventilator-Associated Pneumonia, a single dose of 300,000 IU of Vitamin D compared to placebo significantly reduced serum levels of IL-6 and significantly reduced mortality.  IL-6 is a cytokine that is typically elevated in acute respiratory distress syndrome.

Unlike the above studies, a large 2014 Austrian study of 492 critically ill patients with Vitamin D deficiency did not find significant results with Vitamin D supplementation for most of its outcome measures.  The only significant result was decreased hospital mortality in the severely Vitamin D deficient subgroup.  However, this study population included surgical, neurological and medical patients and it is possible that Vitamin D is only relevant for respiratory infections.  Also, this study reported no serious adverse events using very high doses of Vitamin D in a critically ill population.

A 2017 rat study showed that pretreatment with calcitriol (the active form of Vitamin D) reduced lipopolysaccharide-induced acute lung injury by modulating the renin-angiotensin system.  ACE and ACE2 are part of this system and ACE2 is the binding site of SARS-CoV2 on cells.  There is an unresolved ongoing debate on whether angiotensin converting enzyme inhibitors (ACE inhibitors) used to treat blood pressure and heart conditions increase or decrease the risk of SARS-CoV2 infection.  How Vitamin D deficiency might fit into this discussion is an open question.

Interestingly, a 2018 case-control study of 532 Japanese workers found that in a subgroup of participants without vaccination, vitamin D sufficiency was associated with a significantly lower risk of influenza.

Research on Vitamin D in other viral infections

Vitamin D deficiency has been studied in many viruses and, generally, sufficient Vitamin D levels lead to lower rates of infection and less severe cases.  This research is a combination of in vitro and in vivo studies.  There is no specific literature on coronaviruses so we looked for research on Vitamin D in other viral infections including Influenza, HIV, Dengue, Epstein Barr, Hepatitis B and Hepatitis C.  Some examples follow:

A 2018 Chinese trial of two different doses of Vitamin D in 400 infants showed significantly lower risk of influenza A, reduced viral load and reduced duration of symptoms in the group on the higher dose.  A similar 2010 study in Japanese school children found that 1200 IU/day of Vitamin D reduced Influenza A infections from 18.6% in the placebo group to 10.8% in the supplemented group.  The supplemented children with asthma also had a reduced risk of asthma attacks.  Interestingly, a 2018 case-control study of 532 Japanese workers found that “In a subgroup of participants without vaccination, vitamin D sufficiency (≥30 ng/mL) was associated with a significantly lower risk of influenza (odds ratio 0.14; 95% confidence interval 0.03-0.74)”.

The situation with Vitamin D deficiency and Epstein-Barr virus infection in Relapsing/Remitting Multiple Sclerosis (RRMS) is more nuanced.  While each is an independent risk factor for RRMS, recent studies have found that high-dose Vitamin D supplementation resulted in significantly lower antibody levels to EBNA-1.  In this case the lower antibody levels lead to lower risk of relapse and lower risk of new lesions on MRI.

A 2019 meta-analysis of studies of Vitamin D status in chronic Hepatitis B infections found that “Vitamin D levels were lower in CHB patients and inversely correlated with viral load”.  A 2018 Israeli study found that Hepatitis B transfected liver cancer cells actually downregulate Vitamin D receptors to allow the virus to replicate.

In a 2012 Israeli study, the addition of Vitamin D to standard anti-viral therapy in patients with chronic Hepatitis C infections improved viral response.  A 2015 study of Egyptian children with Hepatitis C found that cases treated with Vitamin D along with antivirals showed significantly higher “early and sustained virological response” compared to controls.

One additional factor should be considered.  Single nucleotide polymorphisms that affect Vitamin D Receptor function and metabolism of Vitamin D to its active form affect sufficiency, so identifying patients with those polymorphisms will help identify those at greater risk for Vitamin D deficiency.  There is a growing literature on these genetic factors as well.

Last week, former CDC Director, Dr. Tom Frieden, suggested that Vitamin D might decrease coronavirus infections.  We hope this article will convince doctors and researchers to take a closer look at Vitamin D as a potential preventative and therapeutic option.  As we stated in our recent video, we think that scarce resources should be focused on treatment versus a vaccine that may never materialize.

This is not medical advice and you should not take high doses of Vitamin D without checking with your doctor, particularly if you have any underlying health conditions.  Vitamin D does have potential toxicity at high levels including hypercalcemia and kidney stones.  A daily dose of 800 IU – 2000 IU of Vitamin D is generally regarded as safe and will produce sufficiency in most people, but more is not necessarily better.  NIH’s information on Vitamin D dosing and drug interactions can be found here. 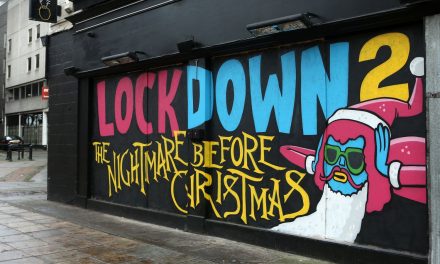 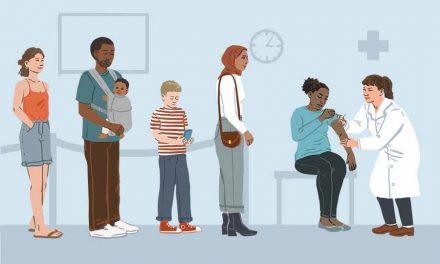 WHO memo from 1972 explains how to turn vaccines into a means of killing. 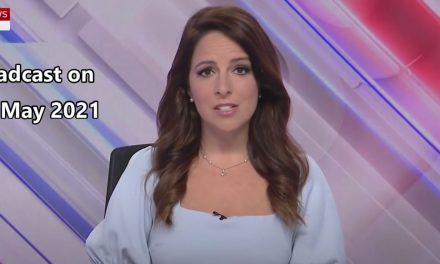