Can We Trust the WHO? 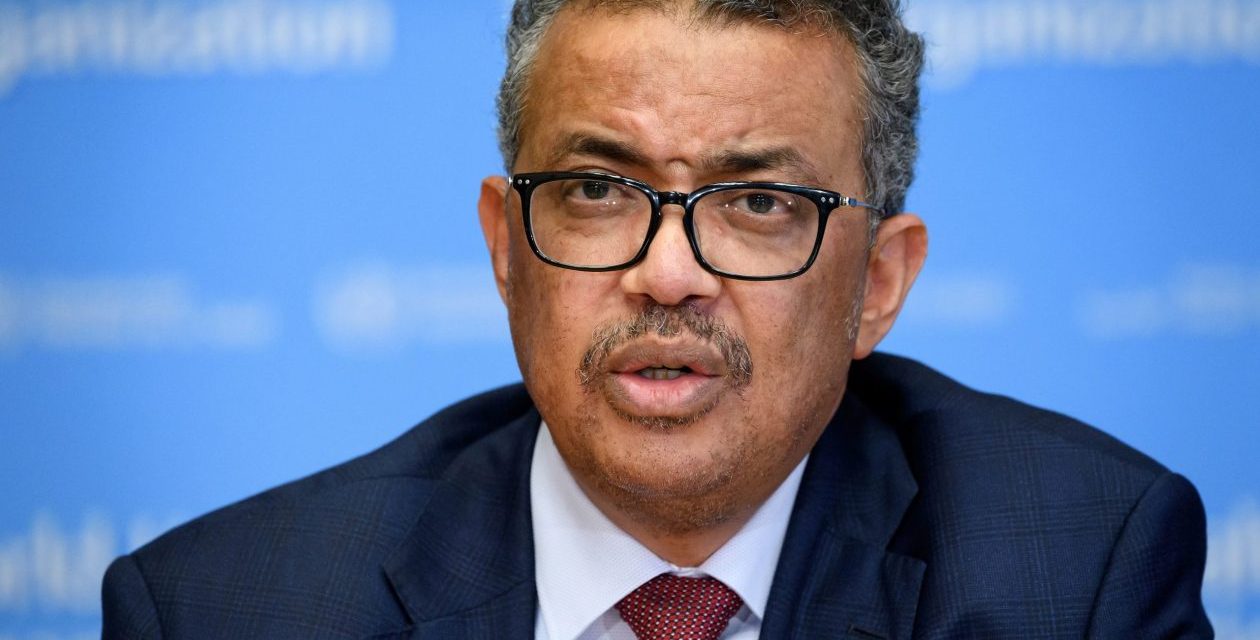 The most influential organization in the world with nominal responsibility for global health and epidemic issues is the United Nations’ World Health Organization, WHO, based in Geneva. What few know is the actual mechanisms of its political control, the shocking conflicts of interest, corruption and lack of transparency that permeate the agency that is supposed to be the impartial guide for getting through the current COVID-19 pandemic. The following is only part of what has come to public light .

On January 30 Tedros Adhanom, Director-General of the UN World Health Organization declared a Public Health Emergency of International Concern or PHIEC. This came two days after Tedros met with China President Xi Jinping in Beijing to discuss the dramatic rise in severe cases of a novel coronavirus in Wuhan and surrounding areas that had reached dramatic proportions. Announcing his emergency PHIEC declaration, Tedros praised the Chinese quarantine measures, measures highly controversial in public health and never before in modern times attempted with entire cities, let alone countries. At the same time Tedros, curiously, criticized other countries who were moving to block flights to China to contain the strange new disease, leading to charges he was unduly defending China.

The first three cases in Wuhan were reported, officially, on December 27, 2019, a full month earlier. The cases were all diagnosed with pneumonia from a “novel” or new form of SARS Coronavirus. Important to note is that the largest movement of people in the year, China’s Lunar New Year and Spring Festival, during which some 400 million citizens move throughout the land to join families went from January 17 through February 8. On January 23, at 2am two days before start of actual New Year festivities, Wuhan authorities declared an unprecedented lockdown of the entire city of 11 million as of 10am that day. By then, hundreds of thousands if not several million residents had fled in panic to avoid the quarantine.

By the time the WHO declared its Public Health Emergency of International Concern on 30 January, precious weeks had been lost to contain the disease. Yet Tedros effusively praised the “unprecedented” Chinese measures and criticized other countries for placing “stigma” on Chinese by cutting travel.

In reference to the Wuhan COVID-19 spread and why WHO did not call it a pandemic, the WHO spokesman, Tarik Jasarevic, stated “There is no official category (for a pandemic)…WHO does not use the old system of 6 phases — that ranged from phase 1 (no reports of animal influenza causing human infections) to phase 6 (a pandemic) — that some people may be familiar with from H1N1 in 2009.”

Then, in an about-face, on March 11, Tedros Adhanom announced for the first time that WHO was calling the novel coronavirus illness, now renamed COVID-19, a “global pandemic.” At that point WHO said there were more than 118,000 cases of COVID-19 in 114 countries, with 4,291 deaths.

Since an earlier WHO fiasco and scandal in 2009 over its declaration of a global pandemic around the “swine flu” or H1N1 as it was termed, the WHO decided to drop using the term pandemic. The reason is indicative of the corruption endemic to the WHO institution.

Just weeks before first reports in 2009 of a young Mexican child being infected with a novel H1N1 “swine flu” virus in Veracruz, the WHO had quietly changed the traditional definition of pandemic. No longer was it necessary a reported disease be extremely widespread in many countries and extremely deadly or debilitating. It need only be widespread, like seasonal flu, should WHO “experts” want to declare pandemic. WHO H1N1 symptoms were the same as a bad cold.

When then-WHO Director-General Dr Margaret Chan officially declared a Phase 6 global Pandemic emergency, that triggered national emergency programs including billions of dollars of government purchases of alleged H1N1 vaccines. At the end of the 2009 flu season it turned out the deaths due to H1N1 were tiny relative to the normal seasonal flu. Dr Wolfgang Wodarg, a German physician specialising in Pulmonology, was then chairman of the Parliamentary Assembly of the Council of Europe. In 2009 he called for an inquiry into alleged conflicts of interest surrounding the EU response to the Swine Flu pandemic. The Netherlands Parliament as well discovered that Professor Albert Osterhaus of the Erasmus University in Rotterdam, the person at the center of the worldwide Swine Flu H1N1 Influenza A 2009 pandemic as the key advisor to WHO on influenza, was intimately positioned to personally profit from the billions of euros in vaccines allegedly aimed at H1N1.

Many of the other WHO scientific experts who advised Dr Chan to declare pandemic were receiving money directly or indirectly from Big Pharma including GlaxoSmithKline, Novartis and other major vaccine-makers. The WHO Swine Flu Pandemic declaration was a fake. 2009-10 saw the mildest influenza worldwide since medicine began tracking it. The pharma giants took in billions in the process.

It was after the 2009 pandemic scandal that the WHO stopped using the 6 phase pandemic declaration and went to the totally vague and confusing “Public Health Emergency of International Concern.” But now, Tedros and WHO arbitrarily decided to reintroduce the term pandemic, admitting though that they are still in the midst of creating yet a new definition of the term. “Pandemic” triggers more fear than “Public Health Emergency of International Concern.”

Despite the huge 2009-10 conflict-of-interest scandals linking Big Pharma to WHO, today the WHO under Tedros has done little to clean out corruption and conflicts of interest.

The current WHO Scientific Advisory Group of Experts (SAGE) is riddled with members who receive “financially significant” funds from either major vaccine makers, or the Bill and Melinda Gates Foundation (BGMF) or Wellcome Trust. In the latest posting by WHO of the 15 scientific members of SAGE, no fewer than 8 had declared interest, by law, of potential conflicts. In almost every case the significant financial funder of these 8 SAGE members included the Bill and Melinda Gates Foundation, Merck & Co. (MSD), Gavi, the Vaccine Alliance (a Gates-funded vaccine group), BMGF Global Health Scientific Advisory Committee, Pfizer, Novovax, GSK, Novartis, Gilead, and other leading pharma vaccine players. So much for independent scientific objectivity at WHO.

The fact that many of the members of WHO’s SAGE have financial ties to the Gates Foundation is highly revealing, even if not surprising. Today the WHO is primarily financed not by UN member governments, but by what is called a “public-private partnership” in which private vaccine companies and the group of Bill Gates-sponsored entities dominate.

In the latest available financial report of WHO, for December 31, 2017, slightly more than half of the $2+ billion General Fund Budget of WHO was from private donors or external agencies such as World Bank or EU. Far the largest private or non-government funders of WHO are the Bill and Melinda Gates Foundation together with Gates-funded GAVI Vaccine Alliance, the Gates-initiated Global Fund to Fight AIDS, Tuberculosis and Malaria (GFATM). Those three provided more than $474 million to WHO. The Bill and Melinda Gates Foundation alone gave a whopping $324,654,317 to WHO. By comparison, the largest state donor to WHO, the US Government, gave $401 million to WHO.

Among other private donors we find the world’s leading vaccine and drug makers including Gilead Science (currently pressing to have its drug as treatment for COVID-19), GlaxoSmithKline, Hoffmann-LaRoche, Sanofi Pasteur, Merck Sharp and Dohme Chibret and Bayer AG. The drug makers gave tens of millions of dollars to WHO in 2017. This private pro-vaccine industry support for the WHO agenda from the Gates Foundation and Big Pharma is more than a simple conflict of interest. It is a de facto high-jacking of the UN agency responsible for coordinating worldwide responses to epidemics and disease. Further, the Gates Foundation, the world’s largest at some $50 billion, invests its tax-exempt dollars in those same vaccine makers including Merck, Novartis, Pfizer, GlaxoSmithKline.

Against this background it should come as no surprise that Ethiopian politician, Tedros Adhanom, became head of WHO in 2017. Tedros is the first WHO director not a medical doctor despite his insistence on using Dr. as title. His is a doctor of philosophy in community health for “research investigating the effects of dams on the transmission of malaria in the Tigray region of Ethiopia.” Tedros, who was also Ethiopia Minister of Foreign Affairs until 2016, met Bill Gates when he was Ethiopian Health Minister and became Board Chair of the Gates-linked Global Fund Against HIV/AIDS, TB and Malaria.

Under Tedros, the notorious corruption and conflicts of interest at WHO have continued, even grown. According to a recent report by the Australian Broadcasting Corporation, in 2018 and 2019 under Tedros, the WHO Health Emergencies Program, the section responsible for the COVID-19 global response, was cited with the highest risk rating noting the “failure to adequately finance the program and emergency operations [risks] inadequate delivery of results at country level.” The ABC report further found that there has also been a “surge in internal corruption allegations across the whole of the organisation, with the detection of multiple schemes aimed at defrauding large sums of money from the international body.” Not very reassuring.

In early March Oxford University stopped using WHO data on COVID-19 because of repeated errors and inconsistencies the WHO refused to correct. The WHO test protocols for coronavirus tests have repeatedly been cited by various countries including Finland for flaws and false positives and other defects.

This is the WHO which we now trust to guide us through the worst health crisis of the past century. 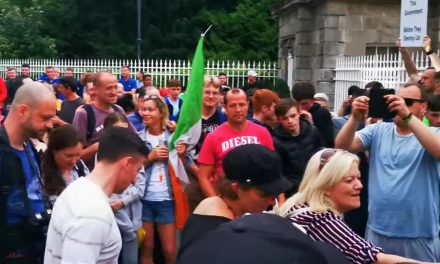 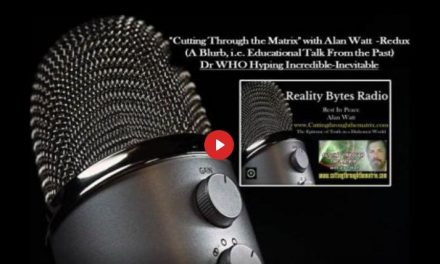 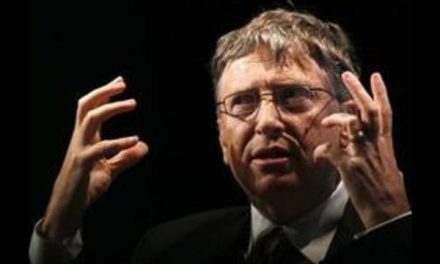 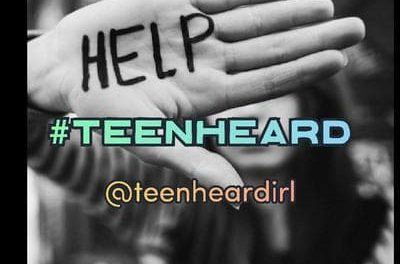 TeenHeard – All A teen wants is to be heard – Will we listen when they talk?