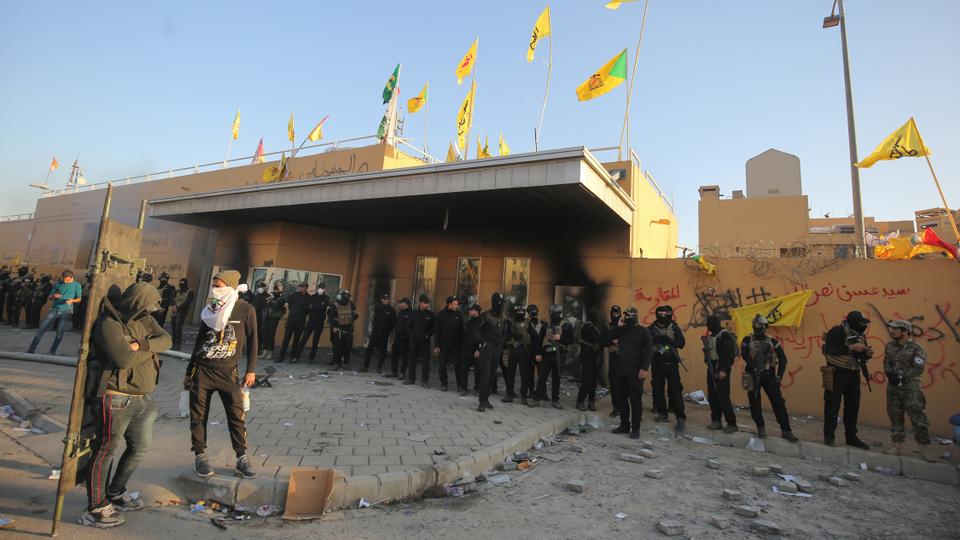 You can tell that the Obama administration’s legacy in the Middle East is in danger because the media, as the self-appointed janitors of that legacy, have gone into overdrive obfuscating the timing, context, and significance of this week’s attack on the United States embassy in Baghdad. Although President Donald Trump has gone a long way to dismantling Obama’s legacy in the region, much more remains to be done, including a halt to American taxpayer money that has been flowing into Iranian-controlled governments in Iraq and Lebanon.

Earlier this week Iran-backed militias stormed the U.S. embassy in Baghdad, chanting “Down, down USA!” and hurling water bottles and smashing security cameras. The attackers breached parts of the embassy and were only dispersed the next day, after Trump deployed Marines to ensure the safety of our embassy personnel and property.

The attacks have been building for months, including roughly a dozen attacks on U.S. assets by these militias and American retaliatory strikes against five locations in Iraq and Syria belonging to the Iranian-backed Kata’ib Hezbollah. The group represents an ongoing replication of the “Islamic revolutionary model” that Iran first “exported” to and “perfected” in Lebanon in the early 1980s.

The New York Times has labeled the attackers “mourners” responding to the U.S. strikes, while the front page of the first Washington Post edition of 2020 labeled them “protesters.” The latter is a particularly pernicious mislabeling. The media has done its best to conflate the attacks with anti-Iran protests that have been happening across Iraq for the last three months, but of course those actual protesters are pro-Iraqi sovereignty demonstrators fed up with the corruption and the broad perception that the Iraqi government is controlled by Iran.

Confirming exactly that accusation, the Iraqi government has repeatedly attacked the anti-Iran protesters, killing hundreds and wounding thousands, while giving a free pass and ready access to the Iran-backed fighters who stormed our embassy.

The media’s goal is to characterize the protests as a wholesale rejection of Trump’s policies in the region, hence the wall-to-wall disinformation about mourning and protesting. What’s actually at stake is Obama’s legacy. The Iran Deal was a bargain in which Iran would be handed control over the Middle East in exchange for some temporary limitations on nuclear activities.

As Obama said, the Saudis — by which he meant Sunnis across the region — would just have to learn to “share the neighborhood” with Iran. The attack on our embassy shows what sharing the region actually means, and the anti-Iran Iraqi protesters are saying they reject it.

Trump has partially withdrawn from the Iran deal, and Tehran is feeling the pressure. Behnam Ben Taleblu, a scholar from the Foundation for the Defense of Democracies in Washington, recently said the “Death to America” chants are a “dead giveaway” that these protests are being orchestrated by Iran as an effort to shore up its position. “These are pro-Iran and pro-militia sympathizers that appear to be out of touch with the thousands of Iraqis who have been chanting ‘Iran, out!’”

Other parts of Obama’s legacy, however, persist. One of the most glaring in the aftermath of the attack on our embassy is that we continue to pour money into countries like Iraq and Lebanon that are outright dominated by the mullahs in Iran through proxies like the Hezbollah militias in those countries.

Inside the administration, Trump loyalists have sought to cut that aid the Deep State has rushed in to preserve those policies. In Congress, Sen. Ted Cruz (R-TX) recently sent around a two-page bill titled the “Stop Sending American Taxpayer Money to Governments Controlled by Terrorists Act.” The bill smartly proposed halting assistance to any Lebanese administration that is improperly influenced by Hezbollah. 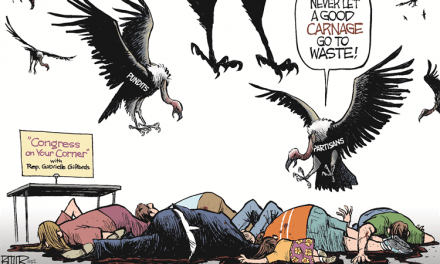