The Right to Healthy Food: Poisoned with Pesticides 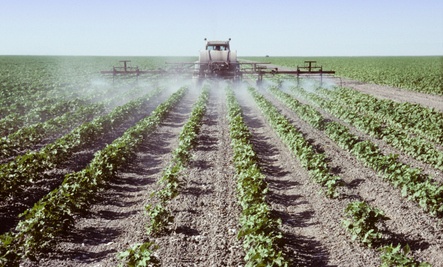 Environmentalist Dr Rosemary Mason has just written an open letter addressed to three senior officials in Britain: John Gardiner, Under Secretary of State for the Department for Environment, Food and Rural Affairs in the British government; Chris Whitty, the Chief Medical Officer for England; and Chris Wormald, Permanent Secretary at the Department of Health and Social Security.

Her letter focuses on the issue of food and the herbicide glyphosate. But the issues she discusses should not be regarded as being specific to the situation in Britain: they apply equally to countries across the world which are facilitating the interests of global agrochemicals conglomerates.

For instance, according to a September 2019 report in the New York Times, ‘A Shadowy Industry Group Shapes Food Policy Around the World’, the International Life Sciences Institute (ILSI) has been quietly infiltrating government health and nutrition bodies. The article lays bare ILSI’s influence on the shaping of high-level food policy globally, not least in India and China.

Accused of being little more than a front group for its 400 corporate members that provide its $17 million budget, ILSI’s members include Coca-Cola, DuPont, PepsiCo, General Mills and Danone. The report says ILSI has received more than $2 million from chemical companies, among them Monsanto. In 2016, a UN committee issued a ruling that glyphosate, the key ingredient in Monsanto’s weed killer Roundup, was “probably not carcinogenic,” contradicting an earlier report by the WHO’s cancer agency. The committee, it turned out, was led by two ILSI officials.

And this brings us to Rosemary Mason’s letter.

In it, she describes how she established a very successful nature reserve in South Wales, which attracted huge numbers of insects, two bat species and many swallows, house martins and swifts. She says that it was miraculous. But disaster soon followed.

In 2011, the local council was asked to attempt to destroy Japanese Knotweed using the glyphosate-based herbicide Roundup.  Japanese Knotweed had become resistant to Roundup in the 1980s. That meant that however much of the chemical was sprayed, it was impossible to kill it; the plant just grew bigger and stronger. Between 2012 and 2017, Mason notes that the number of insects on her reserve began to decline. It ultimately became a wildlife desert.

“Monsanto, the British government and the UK and EU regulators say that glyphosate is safer than table salt. But would table salt kill all these insects that we recorded in our photo-journals or cause apocalyptic declines globally?”

She adds that the invertebrates in her nature reserve were poisoned. But that was only the half of it:

“My neurologist concluded that I had developed a toxic neurodegenerative disorder secondary to long-term exposure to glyphosate-based herbicides.”

Mason proceeds to outline the cosy relationship between the agrochemicals sector, Cancer Research UK and the British government, the result of which is to promote a disease narrative that diverts attention from the effects of toxic agrochemicals and place the blame on individual lifestyle behaviour, choice of diet and alcohol consumption. She asks:

“Where is the scientific evidence for this?”

Aside from the government’s collusion with pesticides manufacturers, Mason says the corporate media, most notably in Britain, are silent about pesticides that are poisoning the public:

“They haven’t informed the British people about the trials involving Roundup in the US. Bayer estimates that there are currently more than 42,000 plaintiffs alleging that exposure to Monsanto’s Roundup and other glyphosate-based herbicides made by Monsanto caused them or their loved ones to develop non-Hodgkin lymphoma. In the UK, there were 13,605 new cases of Non-Hodgkin Lymphoma in 2015 (and 4,920 deaths in 2016).”

Mason refers to Robert F Kennedy Jr, one of the US attorney’s fighting Bayer (which bought Monsanto). He says that Monsanto told Bayer that a $270-million set-aside would cover all its outstanding liabilities arising from Monsanto’s 5,000 Roundup cancer lawsuits. However, Bayer never saw certain internal Monsanto documents prior to the purchase.

Moreover, strong science suggests glyphosate is the culprit in the exploding epidemics of celiac disease, colitis, gluten sensitivities, diabetes and non-alcoholic liver cancer which, for the first time, is attacking children as young as 10.

Whether as a weed killer or as a desiccant to dry oats and wheat immediately before harvest, farmers have been spraying Roundup directly on food. Roundup sales rose dramatically to 300 million pounds annually in the US, with farmers spraying enough to cover every tillable acre in the country with a gallon of Roundup.

Glyphosate now accounts for about 50% of all herbicide use in the US. About 75% of use has occurred since 2006, with the global glyphosate market projected to reach $11.74 billion by 2023.

Kennedy asserts that never in history has a chemical been used so pervasively: glyphosate is in our air, water, plants, animals, grains, vegetables and meats. And it’s in beer and wine, children’s breakfast cereal and snack bars and mother’s breast milk. It’s even in our vaccines.

And yet, in the UK, as Mason explains, the Department of Health says pesticides are not its concern. None of the more than 400 pesticides that have been authorised in the UK have been tested for long-term actions on the brain; in the foetus, the child or the adult. But perhaps that’s to be expected: between May 2010 and the end of 2013, the Department of Health alone had 130 meetings with representatives of the agri-food industry.

Mason then says that the Department of Health’s School Fruit and Vegetable Scheme has residues of 123 different pesticides, some of which are linked to serious health problems such as cancer and disruption of the hormone system. Moreover, the scientific community has little understanding about the complex interaction of different chemicals in what is termed the ‘cocktail’ effect.

The effects of these toxins carry through to adulthood. Mason discusses the deleterious effects of glyphosate on the gut microbiome. Glyphosate disrupts the shikimate pathway within these gut bacteria and is a strong chelator of essential minerals, such as cobalt, zinc, manganese, calcium, molybdenum and sulphate. In addition, it kills off beneficial gut bacteria and allows toxic bacteria to flourish. She adds that we are facing a global metabolic health crisis provoked by an obesity epidemic linked to glyphosate.

Gut bacteria are vitally important to our well-being. Many key neurotransmitters are located in the gut. Aside from affecting the functioning of major organs, these transmitters affect our moods and thinking. Findings published in the journal Translational Psychiatry in 2014 provided strong evidence that gut bacteria can have a direct physical impact on the brain. Alterations in the composition of the gut microbiome have been implicated in a wide range of neurological and psychiatric conditions, including autism, chronic pain, depression and Parkinson’s Disease.

Mason then proceeds to provides evidence that shows that Britain (and the US) is in the midst of a barely reported public health crisis.

She refers to a letter written in 2013 by the late Marion Copley (US EPA toxicologist) to her colleague Jess Rowland. She accused Rowland of conniving with Monsanto to bury the agency’s own hard scientific evidence that it is “essentially certain” that glyphosate, the key ingredient in Monsanto’s Roundup weed killer, causes cancer. The date of the letter comes after Copley left the EPA in 2012 and shortly before she died from breast cancer at the age of 66 in January 2014:

“Jess, Since I left the agency with cancer [breast] I have studied the tumor process extensively… based on my decades of pathology experience. Glyphosate was originally designed as a chelating agent and I strongly believe that is the identical process involved in tumor formation.”

Dr Copley makes 14 observations about chelators and/or glyphosate, including that they are endocrine disruptors and suppress the immune system and damage the kidneys or pancreas, which can lead to clinical chemistry changes that favour tumour growth. She notes glyphosate kills bacteria in the gut: the gastrointestinal system is 80% of the immune system making the body susceptible to tumours.

“It is essentially certain that glyphosate causes cancer.”

Mason concludes her letter by saying: 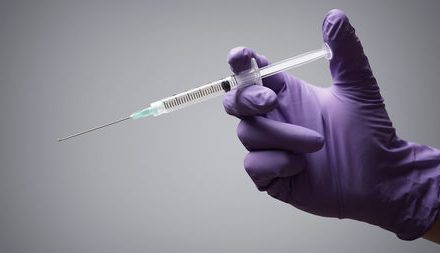